We’ve been around a while.

For over 10 years, we have, and continue, to bring you car culture from around the world. Over this time period, we’ve published thousands upon thousands of articles covering pretty much every facet of the automotive world which we all know and love. Some things unite us, some divide us, but all of them are an intrinsic part of who we are.

There’s a problem, however, which occurred to me as I browsed through our archives recently. With so much content, it’s inevitable that some gets buried so deep, that it might never be found again. Cars or events of genuine significance, potentially lost to the constantly growing mass of online information.

With that, I had an idea: Why not try and bring some of these stories back to life in one, easy to find place? I’ve had a bit of a thing for Silvias lately, so figured, what better place to start. There’s currently 17 pages of Silvia content under the relevant tag, but these are some of my favourites. In chronological order, of course…

If you’re going to have a list of Silvias, then it’s going to have to contain a simple and stylish S15, just like the Tex Modify car. With a TD06 strapped to its SR20, the street registered S15 still holds up a decade after first being published.

Well, the Garage Boso S15 of Ross Petty is about as different as you can get from the Tex Modify car above, but it still retains a lot of what so many still love about the early days of drifting: simplicity. There’s no V8 or 2JZ here, just a 2.4-litre SR and a metric shit tonne of attitude.

8. The One That Started It All

In mid-2010, Dino casually mentioned it to the then relatively unknown Kei Miura that his PS13 had become an internet sensation the world over. I certainly remember those first shots of it on a garage forecourt, but I don’t think anyone could have predicted the impact the Osaka-based custom shop would have on the modifying world, and certainly not Miura-san himself.

This car was the beginning of a legacy, which, love it or hate it, that we will speak of for years and years to come,

To this day, I still consider David Coleman’s Silvia the example of how a street style PS13 should be done. Smooth and wide body work, dished wheels and more than enough power to have fun on the road. Exemplary.

Under Suzuki’s S15 is no stranger to Speedhunters, and it’s a car that has been featured and re-featured several times over the last decade. By 2013, the Silvia had evolved to a stage which few people could ever rival. However, it’s the journey of the owner and his car, and his quest to be the undisputed king of Tsukuba that makes this car so relatable.

From what I know, we could be seeing its latest iteration sooner, rather than later.

It’s not possible to compile a list like this, and not have any mention of the man himself; Nobuteru Taniguchi. Instead of his iconic HKS drift car (wait for it), I’ve chosen his car built with the help of T&E, HKS and Advan. Clean, and simple.

I’d hate to be called predictable, so let’s throw in something unexpected into the mix. It’s been over four years since the Volklinger S14 made its way to your screens, and to be quite honest, I still don’t think I’ve gotten over the shock of it.

What I loved most about Alex Shannon’s PS13 wasn’t the style or the execution, but the fact that he had the courage to completely re-imagine what was once a famous BN Sports demo car from Japan. Some will say it was blasphemy, but I have nothing but respect for the finished product and his conviction to see it through to the end.

Published in 2016, Brad’s retrospective of D1GP in its early ’00s glory days was always going to be an obvious inclusion, considering it focussed almost entirely upon one of the most influential S-chassis of all time; the HKS Genki Hyper Silvia RS2.

So, that’s NOB on this list twice. Not even sorry.

In a display of unashamed bias, I’m going to round out this list with two Silvias that I spent so much time with last year. These same cars provided memories which I will no doubt take to my grave. Their relative simplicity, in such capable hands, proved devastating to their rivals. Two years, two championship wins, and proof that the Silvia chassis is still the one to beat at this level.

So, this was my list, what’s yours? You can delve into our Silvia archives here: http://www.speedhunters.com/tag/silvia/

Don’t be afraid to dig deep, you never know what you might find. 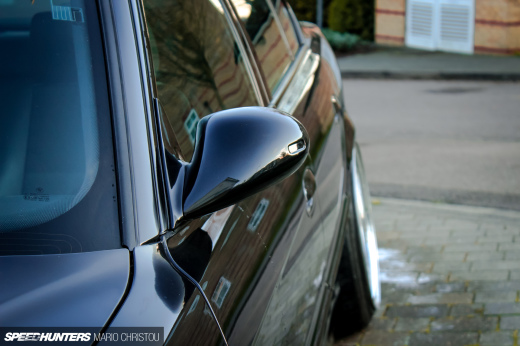 Good list (albeit s15 heavy), but for me..... I'm not too sure if there is a better example of detail and execution than Silbeer. I still consider Silbeer the quintessential s13 build; the thought behind it was extremely rigorous, execution was spot on.

Oh man you are making me feel old now, cars from previous speedhunters posts, now I've seen it all lol

When ever I think of Silvias my mind immediately pictures the Get Nuts Labs cars.

I'm gonna go ahead and add to this, two of my personal faves are the two brill steel cars =)

Wow you nailed it. After looking at the 10 cars I immediately thought of the S14 V8 from brill steel. Such an awesome car and I even prefer it over their S14 full carbon which you listed aswell.

Aside from #4, couldn’t agree more. #5 is probably my favourite of the bunch.

S13 Silvia please, OEM+ with minimal body mods - Nismo grille is a must. 16" old-school wheels. These are the closest I found on a quick perusal of the SH archives:

Always loved the Rossta one is my favorite, I miss when FD cars still looked like street cars

Also another personal favorite of mine that was featured on this site 10 years ago was this Super Made S13
http://www.speedhunters.com/2008/06/car_feature_gt_gt_instant_gentleman_s13/

And what about Atsushi Kuroi PS13?

As a JDM fanboy, I loved Silvias! My favourite one is the S15
Please do 10 of the Best on Skylines, Integras, NSXs, Civics, Corollas, Supras, 86s, Fairladys, etc.

Need some fc love. A list of fcs would be cool

Lol Went into this knowingly Worthouse would be 1st

also not gonna lie though Worthouse is worthy of everyone's top10 list unless of course... you don't have a knick for s15 and widebody

Red and yellow S15 takes me back to the first D1GP event in the US before drifting became an over glorified hand braking battle.

Nice Article, Paddy. Hit me in the feels with the Garage Boso S15, the end of an era! My tops: engineered to slide and c's garage s13's.

Im disappointed that the Sunoco 180sx didnot make the list

Well, it could make your list, which is sort of the point of this XD

In saying that, I never considered a 180SX as a 'Silvia' before. Is that accurate?

To be honest i have no idea if 180sx belongs to Silvia family or not. Its just that i love all the S-chassis cars so much.
Why dont you make another list for 180sx as well paddy? just cant get enough of them ever since i saw the Sunoco 180sx.

Not a Silvia, but it's my favorite S Chassis https://www.instagram.com/p/BWgYC8iDGiZ/ 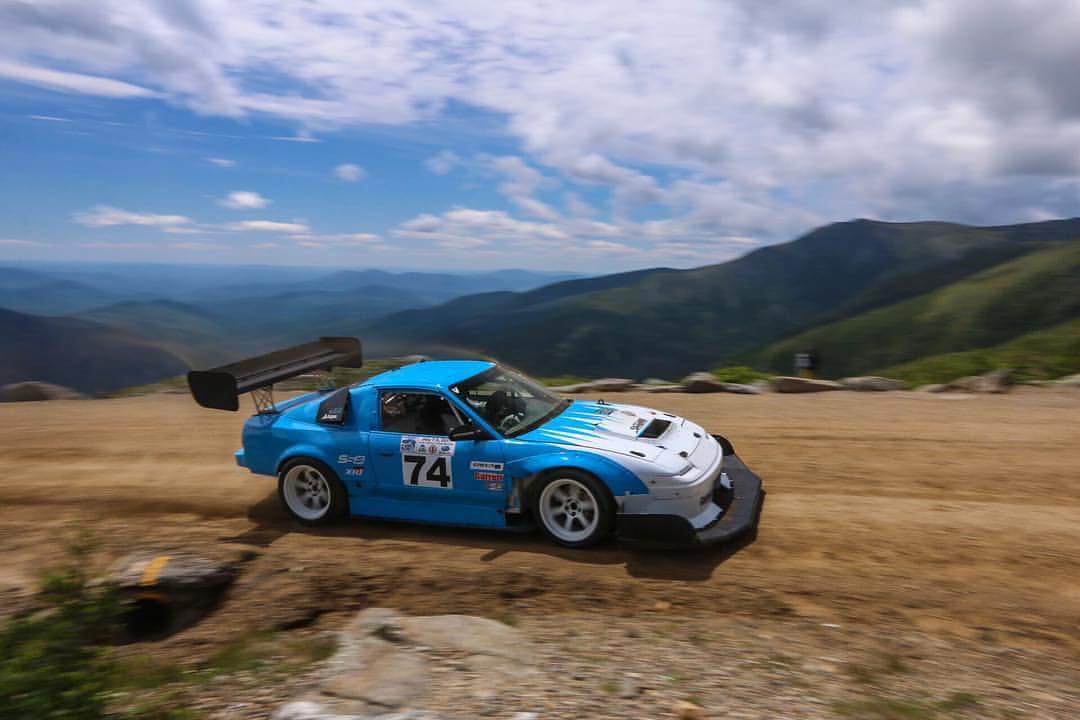 One of my favs was the "Race Wars Sunbest Assist Tuning S14 @ Idlers.
http://www.speedhunters.com/2017/06/caught-grip-time-attacking-s14/

This is the S13 that inspired me. From the paint, to the engine bay, to the wheels. I remember I was in the market to pick up an S13 or S14, every time I find an S13 hatch that car always pop into my mind, with my own touches too. This man almost built my dream S13 (if I ever get a hatch, it will be destined for a Sil80 conversion). Sadly me buying an S-chassis never happened, as that part of my life is another sob story for another day 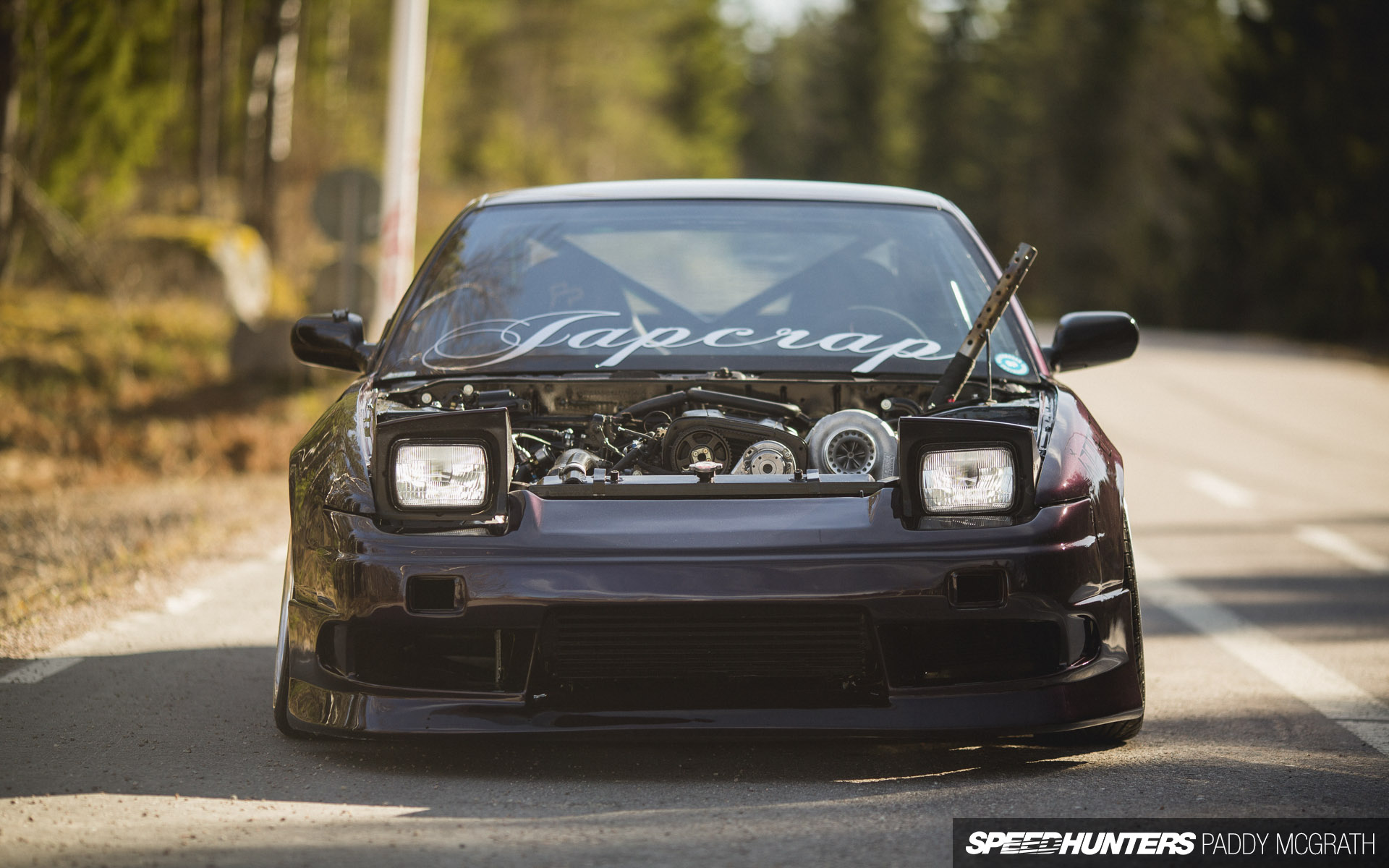 Flip's S13 is the one i like the most. Nice and clean.