While 2012 has been a year full of great memories for me shooting out in the field, it’s also been extremely enjoyable overseeing the #FeatureThis program and watching the amazing reader-owned machines pop up from across the world. For this portion of the 2012 Speedhunters Awards, it’s time for you guys to select your favorite #FeatureThis car of the year. The list of finalists includes reader rides we’ve spotlighted, as well as those from our live #FeatureThis competitions at events.

Here are the nominees.

One of the best parts of #FeatureThis has being some of the more uncommon platforms surface. Cars like John Clayton’s snow-sliding Toyota Celica All Trac from Arizona.

Continuing with the theme of unusual platforms, we have the Subaru SVX. It’s a rare occurrence to see any SVX, let alone one built for drifting like this example.

Romas’ G-nose equipped Datsun S30 would turn heads anywhere in the world, but it’s a prized and extremely rare specimen in his home country of Lithuania.

Wild engine swaps were another common trait among our #FeatureThis selections, and Robert Valk’s Yamaha R1-powered Mini is a fine example of that.

In contrast to some of the more wild machines on the list, Ross’ AW11 MR2 won us over with its simple execution and period correct details.

Another one of those unusual machines, we have this Canada-based 1986 Subaru Leone sedan that’s packing full Impreza STI running gear under its skin. 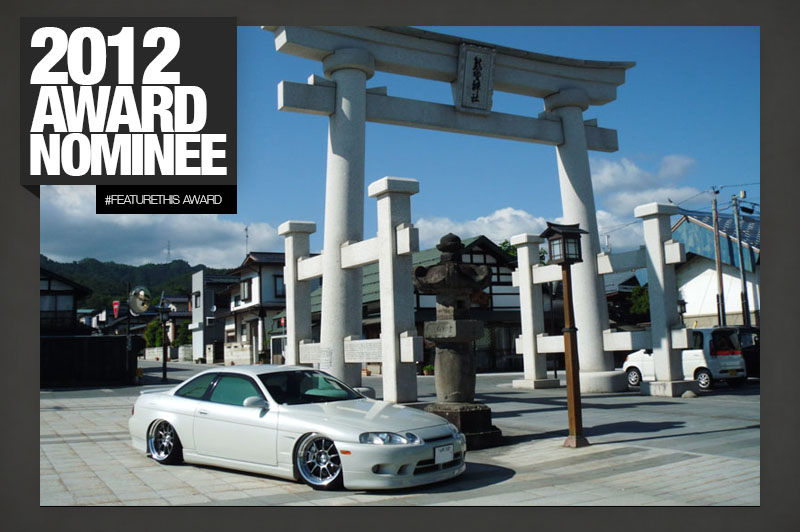 This year saw countless reader ride submissions from Japan, and selecting the Japanese nominees for the #FeatureThis Award was very tough. One car that certainly stood out to us was Yuuki Watanabe’s VIP-styled UZZ31 Soarer.

The winner of our #FeatureThis event at Formula Drift Irwindale, we have the very tidy Toyota Corolla that was shot by Sean under the most unusual of conditions.

Representing the wild creations of Northern Europe, we have this Mercedes Benz 500SEC powered by a thumping GM V8 with a pair of turbochargers.

If the twin turbo Benz isn’t your style, maybe you will dig this equally crazy BMW-powered 1969 Opel Commodore.

Coming from the automotive-rich country of Thailand, we have Tenn’s works style ’76 Celica 2000GT with its period correct race vibe.

Next up we have another first generation Celica, this one powered by a BEAMS 3SGE and built for drifting.

Here we have another classic Mini, built by Jeff Pang in his Canadian garage and powered by a B18C Honda motor.

The winner of the #FeatureThis showdown at TRAX, we have Chaydon Ford’s AE86 Trueno with its distinct N2 flares. 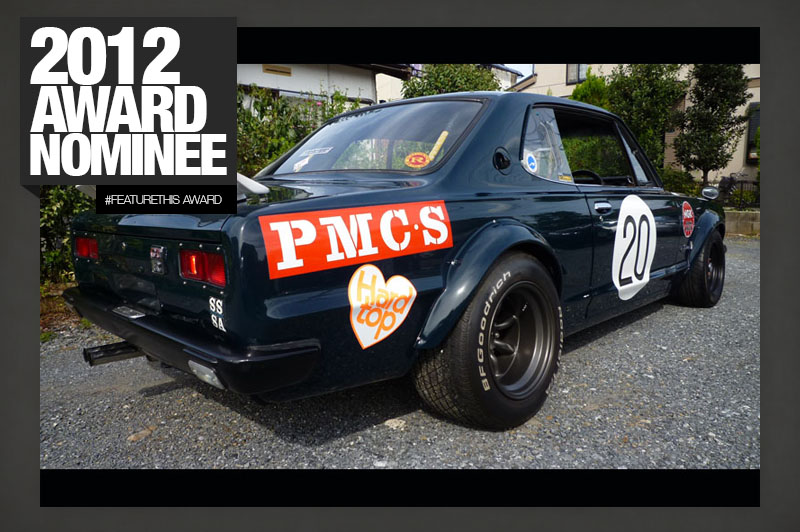 Finally, there’s the Gibson’s 1947 Chevy pickup that’s been transformed into an agile and powerful autocross machine.

YAY. go Lithuania! was rly surprised i missed such an awesome ride from my neighbour!

Lil reh!
Cheers for including my AW11 in this. looks like it might be a little outgunned here! ha
Pick of the bunch would probably have to be the S30, but I loved that B18 mini...

Yay for us! All cars are exellent and should be liked. Period.