This month, Speedhunters celebrates its 10th anniversary. What was created as a novel idea in 2008 to bridge the gap between the real world and Need for Speed, has evolved into something that I don’t think anyone ever expected it to. While how we consume media has changed vastly over this time period, we’ve always remained focused on creating quality, original content as opposed to simply regurgitating press releases and the content of others.

It’s a model that has often proved difficult at times, especially when you see how much others can put out when they don’t have to do the leg work. Still, it’s something that we remain very proud of. I don’t think that there’s anywhere online or in print media that covers the vast variety of car culture that Speedhunters does.

At any given time, the front page is always a delight. As I write this, there’s lowriders cruising the streets of Tokyo, mega-horsepower builds chasing speed at the Never Lift Half Mile event, the relaxed vibes of Luftgetkühlt and an in-depth look at a V12-powered Nissan Silvia from New Zealand. That’s remarkable variety.

Since relaunching IAMTHESPEEDHUNTER, it has proved an invaluable source of content from all around the world. Not only that, but the standard of stories that have come through so far have absolutely blown us away, so much so that we’ve just started labelling content with the proper Speedhunters watermark, rather than the old IAMTHESPEEDHUNTER one. I know it’s a small detail, but it’s our way of showing that this user-submitted content is absolutely deserving of being published here.

That’s not to talk down what our own crew have been or are currently in the process of hunting. There’s also a considerable backlog of content that I personally still need to work through, something that hasn’t been possible with such a hectic schedule as of late. Once the travelling dies down, I’m sure I’ll catch up quickly, but there is one more trip that’s scheduled.

I’m sure you’re aware that it’s that time of the year again. When I went to retrieve these images from the archives, I was a little bit embarrassed when I realised that it has been three years, not two, since I last made the pilgrimage to Wörthersee. The issue is how to achieve the authentic experience when time is of the essence, and it’s far too long (and late) to drive at this point in time. I might have a solution…

There’s also our constant battles with our own project cars. While some are now hitting their stride, others are dangerously close to being completed. A finished project car? Is that even possible?

As you might now understand, there really is no time to party this month. While we’ve come a long way since 2008, we still need to continue to evolve and work at being the best we can be. It’s not easy, it never will be, but it’s imperative that we keep on keeping on.

Until next month’s editorial, drive safe.

ten years? it seems like just a few months. keep up the good work, its great not knowing what we'll get to see next

Keep pushing! You're the best

10 years... time is really flying by, i remember when i scrolled through this page shortly after it launched and begging for the day when i am able to buy my first own car.

I was still in college in 2008, riding a DMR Trailstar LT (which I recently refreshed and still own), but started contributing here in 2009 with the help of friends bringing me to events. Crazy to think it was that long ago.

Ahhhh a Trailstar? Right in the feels mate.

Well done! My favourite site and inspiration for photography!

What was created as a novel idea in 2008 to bridge the gap between the real world and Need for Speed, has evolved into something that I don’t think anyone ever expected it to.

2008? Wow, I've been a dedicated reader of this site for about 2 years now, but I had no idea the site had been around for THAT long.
Happy 10th, Speedhunters!

Congrats on 10 years guys! I hope the next 10 are just as righteous as these were!

I don't know when exactly I found Speedhunters or how. But you all have become one of my main got to sites for info, inspiration and escape for years. I have stickers, and a license plate frame. Just need a shirt or 2. I missed the opportunity at FDNJ a few years ago. How about a 10 year anniversary product line. nudge nudge.
Here's to another 10 years! 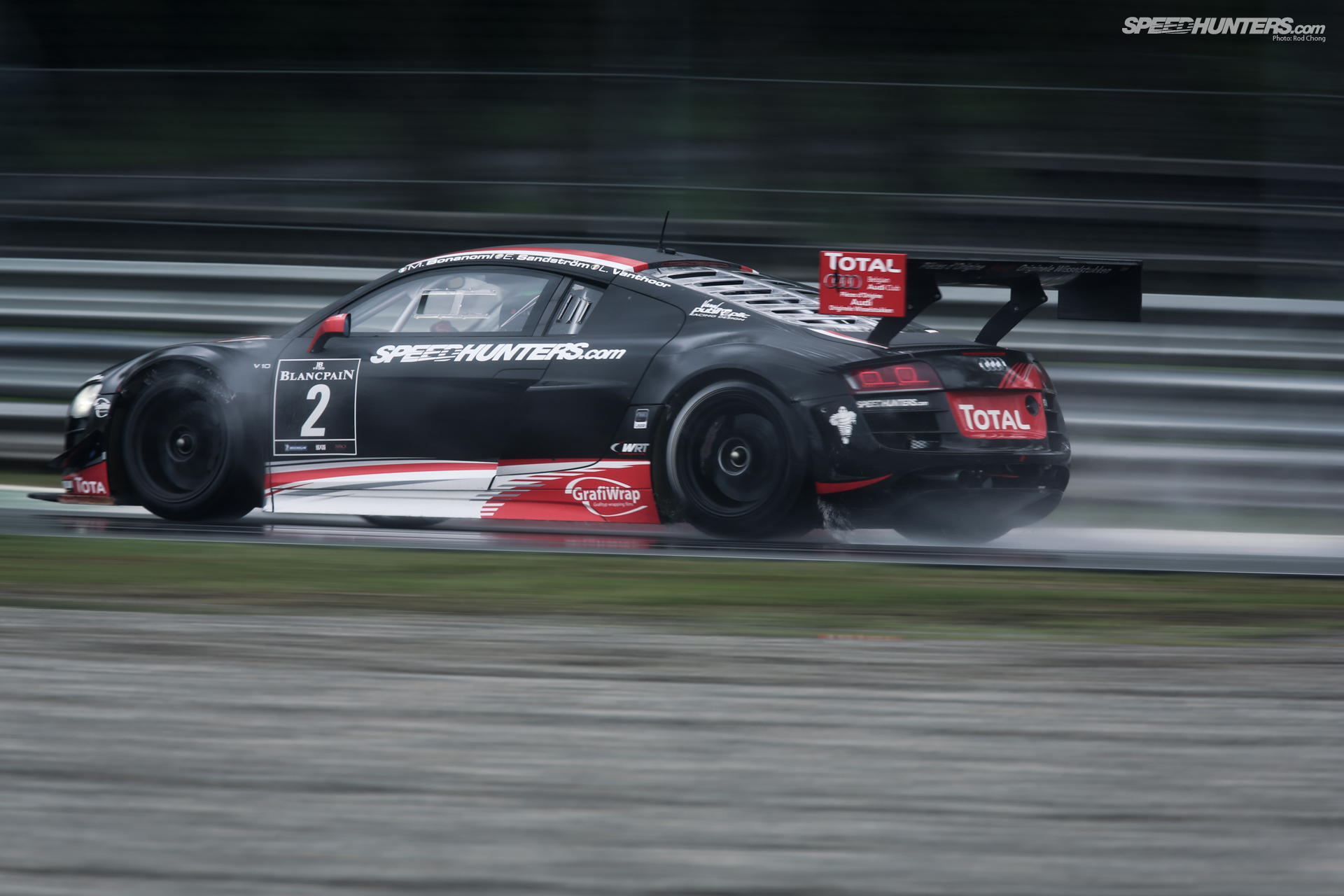 Wow! That long? Wish I knew about you guys before but I was a pubescent teenager at the time. But following you guys for half of those ten years counts for something, right? Keep it coming

It sure does! High fives coming your way!

Hey i have one of your IAMTHESPEEDHUNTERS stickers in orange

time flies, i bought the coffe table book at rudskogen to support this lovely site, and i would do it again.

Thank you all for speedhunters! Here since day one and never missed an articel! big up!

Big thanks to you for a decade's worth of love

I got to know your site somewhere in 2009, bought 4 of your books and read your pages daily. Hell, I still remember the days reading your site on a smartphone was a pain in the ass. Still, I can not pass a day without looking what is happening on here. Keep up the good work, but be aware of lots of traps lying around. 2 years ago you became boring, all cars with the same suspension, same brand of wheels, same bodykit. But now you remember again that there is more in the world next to your sponsors.
After all these years, my favorite picture and article are from the pro-street Rolls Royce, certainly the interior, just insane. 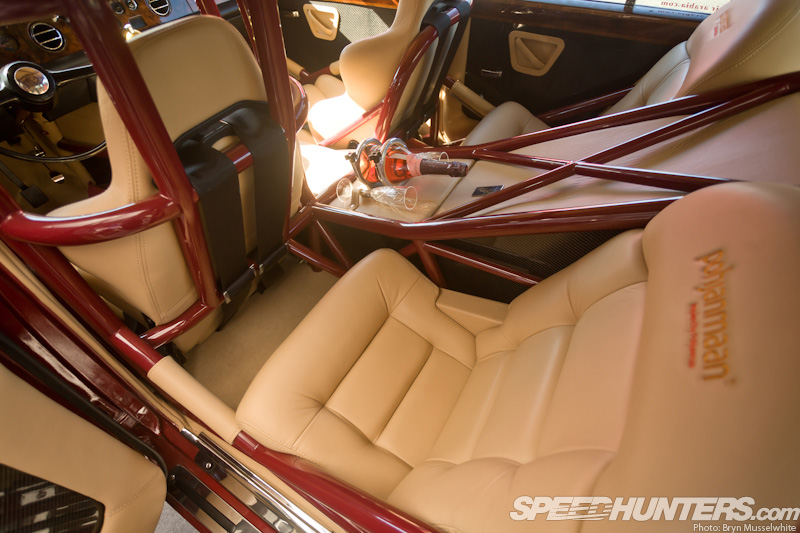 Now I see this is a 5 year old article, damn, time flies.

Time flies doesn't it! Thanks for following us for so long, it's always interesting to hear reader's opinions, it helps us plan for what's going to be coming next.

Will there be a new book soon? Because I have some space left on my bookshelf.

One of the top 3 automotive sites ever for this group. As the future brings us more useful and cost-effective cars, the old motors we romance over become cheaper and more a hobby. Creativity and passion will live there, likely in the dark spaces of our cities as well as the brightest, cleanest museums. Speedhunting was a future-now idea back in 04, and should be eternal if wheeled movement stays deep in the mind. Another congratulations from yet more fans! Pop em if you’ve got em!

I was just hired when you guys began in 2008 and I'm still at that current job. I don't think I can count the number of breaks/lunches that I have sat down and scrolled through your webpage. Still to this day I look forward to that time eagerly anticipating what you've posted next.

Much thanks and I hope you guys stick around another 10 years!

Wow 10 years already. Good run. I found Speedhunters via the ultra slow motion videos that used to be made. I'd love to see them re-uploaded, they were awesome.

i started scrolling through Speedhunter back in '13 or '14 and have been dedicated reader ever since . i have still not found any medium or source other than this , where i could draw so much inspiration from.... so much so that I think i wanna hunt speed for the rest of my life. cant wait to start contributing ! Happy 10th Speedhunters !

Happy birthday speedhunters. I can't remember when I stumbled on this site, 2011, 2012 maybe. However, ever since every time I get a new device, your my first bookmark on my browser. Here's to many more.

I appreciate your hard work and the desire always to improve. The photography continues to be amazing. And the writing....well, it’s improving.....slowly. If you’d like a copy editor / proofreader, I’d be glad to volunteer. Thank you for the site and the content. Congratulations on a decade.

Bloody hell paddy,didn't realise I was older than you. You must have had a long paper round

As an avid follower of this page since 2009, I must say keep up the great work! I only have one gripe; bring back the sports car racing coverage!! I miss Jonathan Moore's stories very much!!

Speedhunters is (one of) the best online automotive media. And I say '(one of)', but I can't really think of other sites which provide so much different stories. Also, with the implementation of video there is a nice way forward which can be explored. I just keep coming back to Speedhunters while I don't check others sites daily. And yes, this is an old article but I just wanted to let you guys know. Keep it up, I can't be online without you!