It barely seems five minutes since I was stood in Coltech Classics workshop in Poole, Dorset looking down in amazement at Pipey McGraw’s multi-coloured, floor-scraping Jaguar E-Type build.

In its half-finished state it was an ambitious and ludicrous project; a space-framed and slammed Jaguar E-Type running a naturally aspirated Mazda 20B triple-rotor engine. That sentence alone is enough to make your average E-Type owner discard their leather driving gloves, throw down their tweed flat cap and pen a very strongly worded letter of disapproval to the E-Type owner’s club chairperson.

Pipey had told me he was aiming to have the car up and running for Retro Rides Gathering in August, just eight weeks later. I had hoped to catch up with him again before the engine went in, but life and timing conspired against us and it wasn’t to be.

If you caught my event coverage from Retro Rides Gathering however, you’ll already know the good news – the car made it, and even ran up the hill.

Finding Pipey and the 3type at Shelsley Walsh was simple enough – look for the biggest gathering of people and you’re there. As I arrived and made my way through the crowd, the first thing I noticed was that the car was all one colour.

Pipey opted for an Irish Green shade for the Jaguar, but was keen to retain its weathered patina, rust holes and all. It’s an effect that would look half-done on most cars, but complete with a simple racing number roundel on each door it suits this hot rod perfectly.

Since we last saw the car the widened front fenders have been grafted in place too, perfectly matching up to the Porsche 930 rears.

Pipey ran out of funds and time to source an original replacement rear panel to remove the poorly frenched rear lights – a modification carried out by the previous owner – so they’re staying put for the time being. He did manage to find a suitable rear diffuser to fit, however.

It really shouldn’t work, but it just does.

One key change you’ll notice at the front is the bonnet opening. Coltech Classics did away with the hinged front end, opting for a far more simple and efficient bonnet opening.

You’ll also notice that the mock-up engine has gone, and there’s now a shiny new 20B sitting in its place. In the fair hands of rotary expert Brad O’Nians at Triple B Engineering in Northampton, the car now features a fully built bridge-ported triple rotor.

Rather than retain the stock turbochargers, Triple B opted for a high-compression, high-revving naturally aspirated motor. The car arrived at Shelsley Walsh with the engine in place, but not plumbed in. Some 14 hours later, I was fortunate enough to show up just as the team sparked it to life after painstakingly grafting together a custom loom overnight.

After diagnosing some initial teething issues, the car was tuned with a basic run-in map, allowing Pipey to take it for a tentative first drive up the hill at Shelsley.

When he approached the start line he looked very apprehensive – the engine was smoking like a chimney as it burnt off its newness. Pipey was limited to a maximum 3,000rpm, but when he returned from the top, he was beaming from ear-to-ear. All of the hours had been worth it.

The car sounds and look incredible. I don’t think there’s anything I’d change – its unique, it’s controversial and very daft.

There’s still a fair way to go before Pipey considers the build done. With the wiring completed on site there’s still plenty of tidying to do, and the E-Type’s transmission tunnel is nothing but a frame at the minute. There are lots of little jobs and niggles that need addressing before it can hit the road too.

It’s going to be well worth the wait, and I can’t wait to see, hear, take a ride in and shoot this thing once it’s finished. 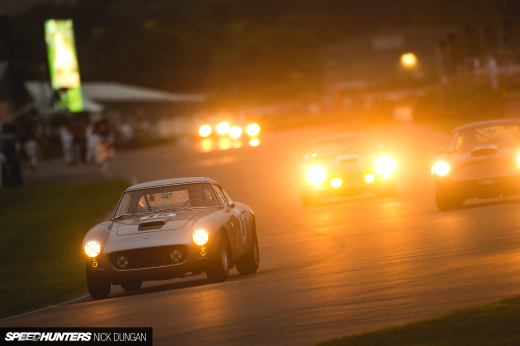 Jeeze, that thing must sound like a lit belt of firecrackers in an oil drum going down the street.

I am excited to see this when finished. This just makes the desire for a rotary engined something stronger and stronger.

Dude, the color is British racing green. It is to be applied with a drunk, dirty paint brush the night before a race, as is tradition.

It's a simile shade to BRG, but this is a Porsche colour called Irish Green.

Am i the only one who actually likes those rear lights? I think they look quirky and cool.

I agree they are great. Don't get a lot of frenched lights these days

Anyone agree that it's impossible to offend with a rotary swap? To me, something so quirky is the compete opposite of an LS swap. It's too cool not to love.

If a more modern engine was required, there are any number of far superior original Jaguar engines available. This thing is a travesty.

I don't think it was about "a more modern engine being acquired" as much as it was finding something unique. Also, a superior Jaguar engine would have cost a bunch more money I'd expect as well.

roof needs a chop top. chopping down the roof would make it look less green house like.

Any videos of it running..?

but if I may make so bold ... the nose would look even more amazing if they could get rid of the indicator/sidelight cluster like in the photos when it was half-built. Maybe find a way to locate an indicator bulb in the main headlamp scoop? Or even just relocate the current cluster to lower down on the nose - but it would be very vulnerable to road chips...

We need pics with the bonnet on!

I really love shit like this: creative and pisses purists off while making a faster, more driveable, better looking bodied build.

this girl looks so pissed off at what his done lol 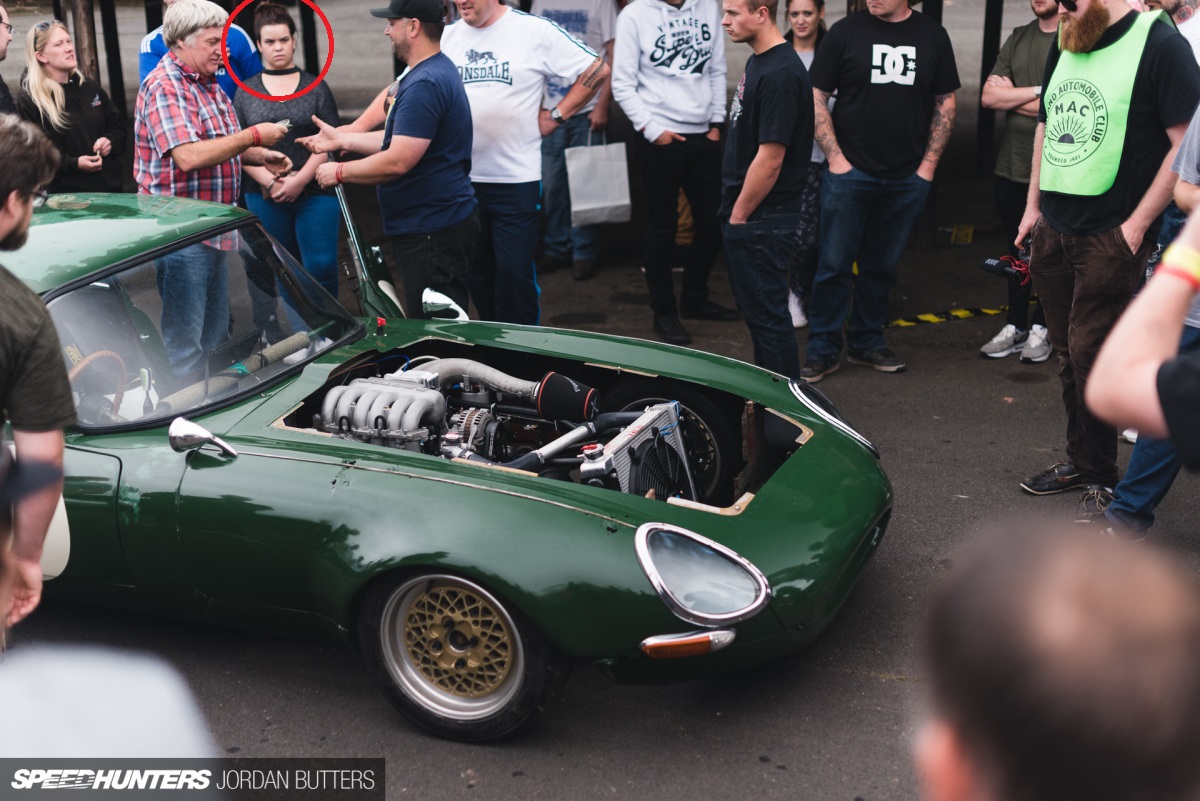