I don’t think it’s accurate to call this rat look.

The term ‘rat look’ itself has been devalued over the years by people purposely rusting panels and creating something which is essentially falsifying a car’s story. No one believes that the bonnet on your 2005 Golf randomly corroded one night. I think a lot of people turned against it as it became a fad, rather than the genuine thing that it started out as. There was always a sense of truth to the rat look in the beginning, rather than the cheapness it holds now.

What you’re looking at here isn’t just genuine, I think that it’s transcended to another level entirely. It’s not really a car any more as much as it is a piece of art.

Don’t just dismiss it as a rotten shell with some polished wheels for effect, because on many levels, this is quite an intricate build. Definitely more so than maybe the vast majority of other cars present at Dubshed this year. No offence intended, but it’s just that Bugly, as it’s known, is that good.

The patina here is very much authentic. It’s a ’53 oval window Beetle that was quite literally pulled out of a field. Anyone with even a morsel of sense would have deemed it a write off, but I’m glad its new owner was up for the challenge, or is maybe just a little bit mad. A little bit of madness is definitely a good thing.

Bugly’s exterior alone tells a story, its original paint being slowly consumed by rot and surface rust. I do wonder how much longer it would have taken before it reached a genuine point of no return though. While its exterior is far past its life expectancy, the rest of it has been craftily resurrected.

The inside is where the car gets really interesting. The floor has been replaced and polished with the body being supported by a minimal tube frame. The rear inner wings appear to have been repurposed from something, but the highlight has to be the inverted Beetle bonnet which has been cut and shaped into the two front seats, complete with leather pads. There’s what I can only describe as beautiful brass detailing throughout the interior, which contrasts against the polished metal work and the original patina. What looks like a lamp of some sort in the rear, has been crafted into a speaker.

For all of its organic weight reduction, this isn’t a show piece – it’s a driving and road registered car. The polished Fuchs wheels are again designed to contrast the bodywork.

The engine bay continues the interior theme of polished steel and brass, with the exhaust exiting where a taillight once resided. A lot of the brass detailing is superficial, but it only furthers the idea that the car is art. It’s just fantastic.

Realistically, Bugly is a car that only the owner and creator will know the true and full story of every detail that’s gone into bringing it to life. It shouldn’t exist, but I’m so glad that someone with far more patience and perseverance than I have, has gone through so much trouble to make this a living thing again. Some will ask why; I say why not.

This is road registered?!?! How on Earth?! It is awesome with all the detailing though that brass is excellent. Not a fan of the wheels but I love the build and the owners idea as a whole.

Don't the slam the door when you get in !

Love it. It's different, just make sure you don't lean up against it lol

Sweet build, and I totally dig it...BUT...You're saying a car with no working lights, no seatbelts and most glass missing is road registered??? Sorry, but I call Bullshit on that.

It'll be road registered from new (I'm guessing) and he must've played the MOT test like a fiddle knowing every intricacy to squeeze it through (I imagine with a list of advisories!)

Cars registered before 1/1/1960 don't need an MOT (or tax)!
A newer car would never pass an MOT with bodywork in a similar state due to rules about sharp edges etc.

If someone in the UK can road register a sofa, I'm sure the Beetle is a lot more straightforward. 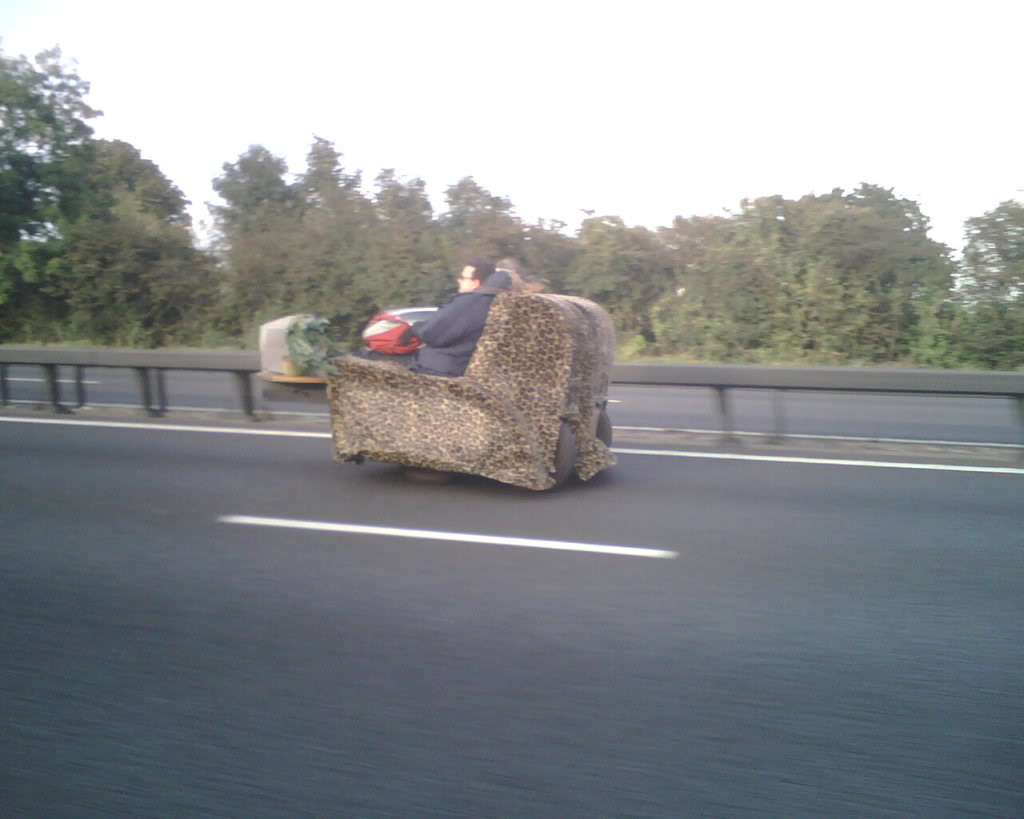 Hopefully the owner doesn't drive it on windy days...

That final photo right before the "Cutting Room Floor", looks like Bugly has that 'puppy eye' gaze. Unsettling, yet also touching. Like it's saying, "Thank you for pulling me out of that field".

This would have to be the most long awaited feature/spotlight I have ever waited for on SH. I remember seeing this in a previous dubshed article last year, possibly the year before even, and have been waiting FOREVER for this to be featured.

Great idea. Excellent execution. But are you serious when you say this is street registered? How??? There is more metal in a pushbike than this thing....

Actually, after a quick archive hunt, I saw this in an article by Bryn from April 2014. Even has an almost same pic of the engine/exhaust:

Cars over 50 in the uk no longer require MOT's

Cool stuff definitly well finished, it reminds me of all the vids on youtube of splits being taken from swaps using a helicopter and other crazy stuff

Both this and the owner are nuts. Or should I say, "straight up bonkers"? It's unique, this thing. Those rust and rot are on a whole different universe than patina!

Is no one going to point out the fact that the brass detailing is in fact copper.

this is a rolling sculpture from a metal genius

Could be, but equally it could be lacquered red brass / rose brass, which is brass with a high copper content. Presence of any zinc makes it brass, no zinc = copper*

What A complete pile of garbage. I absolutely adore it.

What a complete pile of garbage. I absolutely adore it.

I actually love this - but - don't want to drive, breathe, or sit on it