SHARE The Evolution Of An Audi Quattro Time Attack Monster

If you Google search ‘Gatebil’, there’s a pretty good chance you’ll find photos and videos of all-wheel drive cars being drifted about in Sweden and Norway. At Gatebil Mantorp back in June, I found a machine that’s certainly capable of four-wheel smoky slides, but this one’s not built for gathering style points – although it is very stylish. It’s built for ripping fast lap times.

I did some digging around, and found out that it was featured on Speedhunters almost a decade ago. What’s happened with it in the time since then? Let’s find out…

The Audi Ur-Quattro is still owned and driven by Börje Hansson, a racing veteran who has been involved in motorsport for more than 50 years now. I caught up with Börje on the Saturday evening of the Mantorp Park event, and he was happy to give me a run down on everything that’s changed since his first Speedhunters spotlight in 2013.

If you compare the then and now, it’s obvious that the exterior has seen some work. Custom-made over-fenders were fitted in 2015, at the same time Börje was stepping up to an 18-inch wheel and tire package. On top of this, a new wing – 80mm taller than the previous – was added to improve downforce, and a carbon fiber rear diffuser was fitted too.

One year prior to the exterior makeover, Börje fitted a new 2,180cc engine that revved to almost 9,000rpm and pumped out a solid 650hp. It wasn’t enough though, and in 2015, VS Motor in Norway was called upon to take the Audi five-cylinder engine to the next level. A BorgWarner EFR 8374 turbo was added along with a bigger and more-efficient radiator setup in the rear. All told, the upgrades lifted power output to 780hp, which is where it still sits today.

To make the most of the Audi’s newfound power, Börje now also shifts through a sequential transmission.

I mentioned a moment ago Börje switching to 18-inch wheels, and these come in the form of Braid Forged Is wrapped up in super-soft compound Yokohama rubber. The brake system has been upgraded too, with AP Racing DTM 6-pot calipers biting down on 380mm carbon-ceramic discs at the front, and an AP Racing DTM 4-pot/340mm setup in use at the rear.

There’s certainly a lot to love about Börje’s Quattro, but my favorite aspect of the car is its interior. The carbon dashboard, white interior paint and fighter jet-style switches – everything goes so well together. Especially when it’s dark outside and the bright red lights on the dash illuminate the cabin.

Given how stunning this build is, you might think that Börje goes easy on it, but that couldn’t be further from the truth. He’s an absolute maniac on track, and the Audi is blisteringly quick.

I do prefer the short wheelbase one for some reason. Might be because of the reason you gave.

You should try and search for some sidepics of "cheap" shortwheelbase replica. Theyre just shortened coupés or urquattro, which have a flatter windscreen degree, really shows how weird theyre proportioned 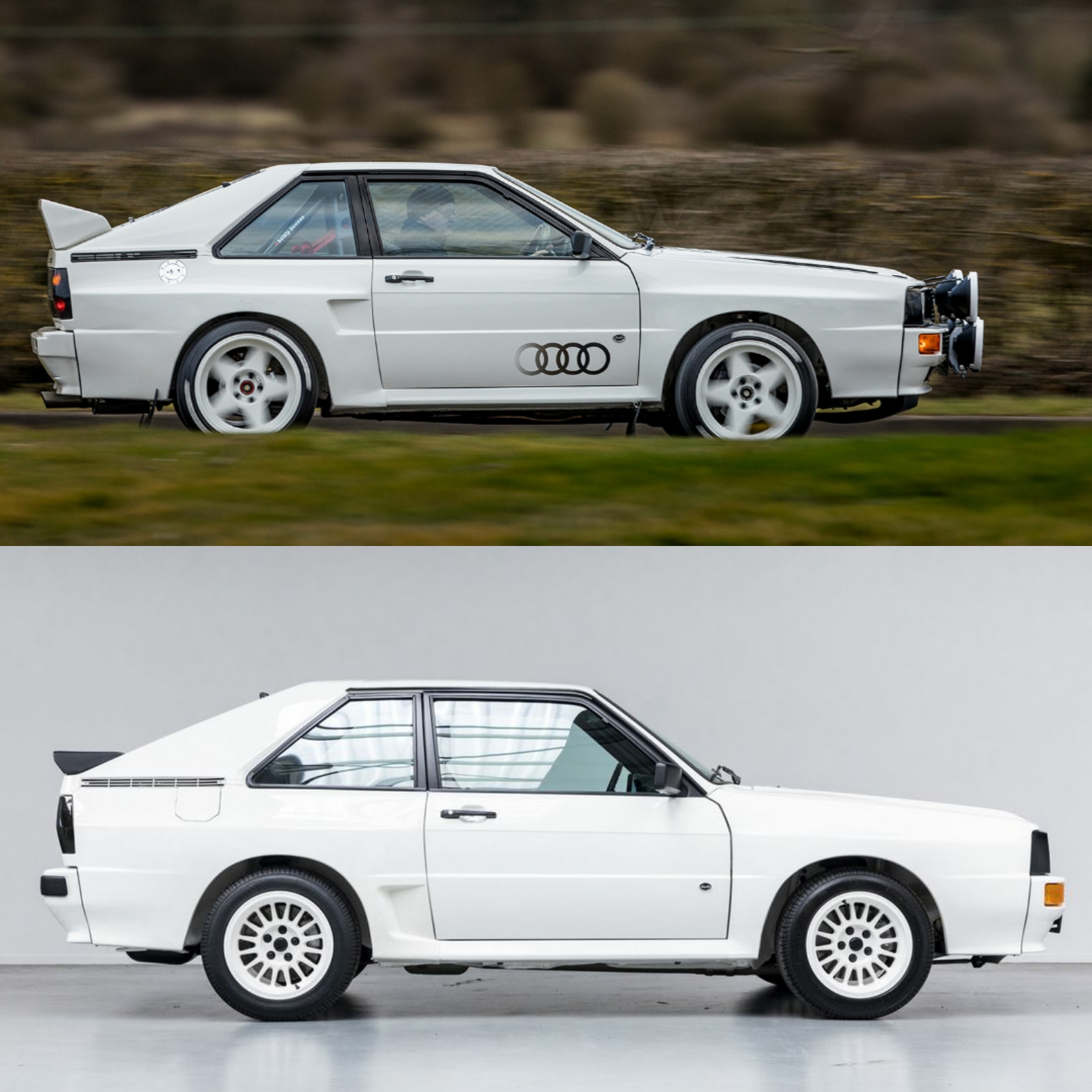 I can only imagine how good it would look in full dark metalic paint on the citi streets at night :O

That would definitely be interesting!

So happy that you made another feature on this car. I absolutely loved the first article and hoped to see the car again. On a sidenote, I can't believe I have been reading speedhunters since 2013. Time sure flies!

Glad to have delivered. Time flies when you are having fun I guess!

It looks great. Even after a decade.

What is the secondary dual air intake? Cabin air or for the rear mounted inter-cooler?

Curious to see this too

Wow this car looks amazing! I wish my old Audi could look anywhere near this build.

Very cool! Rear intercooler you say?? Sure looks like front to me, if you follow the piping.

Looks very much like the La Supra from back in the day. At first glance, I thought it was. Both are cool cars.

Alen, the item you are showing is the radiator, not an intercooler.

I was sure it was an intercooler. Should have double checked the massive fans on the bottom. You are correct. Text is updated.

I really hope to see that car someday, wherever it is.

I love this. Every ounce of this. Looks insane, such a functional design. Mechanically sexy, visually pleasing. I really like the lighting cuts. Very cool stuff.

Combine all that and add driving into the mix. A joy to watch!

Nice to see a time attack car without the stupid huge spoiler on the front that extends a foot on each side of the car. I get the purpose of it but this car just nails it as far as looks goes and is quick without looking far off from what the car originally looked like.

Oh yes! This is the kind of looks that are still relatable to the the regular road cars.

I absolutely love this thing, one of my favourite speedhunters posts of late

The sheet under the rear wing where it's written "Audi quattro" seems almost straight. Even if it's that much low, it doesn't affect the aerodynamics by working as an air dam?

Alen, I have just read your last car spotlights and the feature you did, and while dig your photos, the articles around them all feel a bit superficial. Sometimes you talk about things in the text, but they don't actually show on the photo. Often, like here with the engine and drivetrain, it lacks detail. 2,180cc and sequential... great, what exact engine base and what gearbox is it? Describing the centre dashboard, but not actually showing it. Tons of photos showing the funny "intakes" on the intercooler of the BMW-Hotrod, but no word explaining to the reader what they are looking at (which should not be clear to novices) .... I mean it tickled me enough that I went back to this still open comment section and am now writing this, I'm sorry

In regards to the Audi, there already was an article about this car in 2013 and the few things that changed since then was the sequential gearbox and a bit of power. The rest can be read in the linked article.

The hot rod, I figured a picture of the whole interior was enough since it was kinda hard to get different angles. Plus it was kind of dark and I didn't have an external light source with me. Looking back at this specific spotlight, you make perfect sense. I completely forgot the mention the intakes.