Ultrace’s famous Drift Show sessions are, to me, one of the most uplifting experiences in car culture.

While pro drift competition is serious and doesn’t forgive a single mistake, the atmosphere on the Ultrace drift course is the complete opposite. Everyone is here for a great time, and they have it in some of the lowest drift cars I’ve ever seen.

This is Ultrace after all, the Polish car show with stance at its heart.

The Wrocław course runs through a small driveway and parking area, and includes a section of paved stone, which doesn’t seem to worry anyone.

De-beaded or completely blown tires are a normal sight, and they don’t stop drivers from running more laps.

The spectators love it, and occupy every vantage point. It’s pretty much impossible to find a photo location from above, but I managed to squeeze in between a couple of guys and snapped a shot I liked, even if it’s blurry. I think it perfectly reflects the chaotic nature of this drift event.

The Japanese word matsuri translates to ‘festival’, so a ‘drift matsuri’ literally means a drift festival, which is essentially what the Ultrace Drift Show is.

Hert Eugene Jr. was invited to Poland and given a stylish yellow BMW with 280hp and zero suspension travel to drive. The livery was inspired by Haraguchi’s legendary 326Power Mazda FC as well as Hert’s own RX-7.

I have to say, in a way the drifting at Ultrace is more of a spectacle than drifting at Gatebil, but as they’re completely different it’s impossible to compare them. There’s just something so cool about watching a bunch of street cars shredding this street-style course without a care.

The next morning it did look like a battlefield, but no one seemed fazed at all. In fact, everyone happily continued on for another whole day.

The Poles know how to have fun and take a grassroots drift jam to a new level. I’m just happy that I finally managed to experience what drifting at Ultrace is all about.

I was in the pits the whole 2 days as pit crew, unfortunately I haven´t noticed you there.

This event was a blast as always

After meeting Dino and Alok almost 8 years ago in Rudskogen, it would be cool to meet another Speedhunter now

Cool photos!
I especially love one where Hert's e36 chases Adam's e92 because you can see me in this photo as I take photos.
This is the photo I took then! Cheers 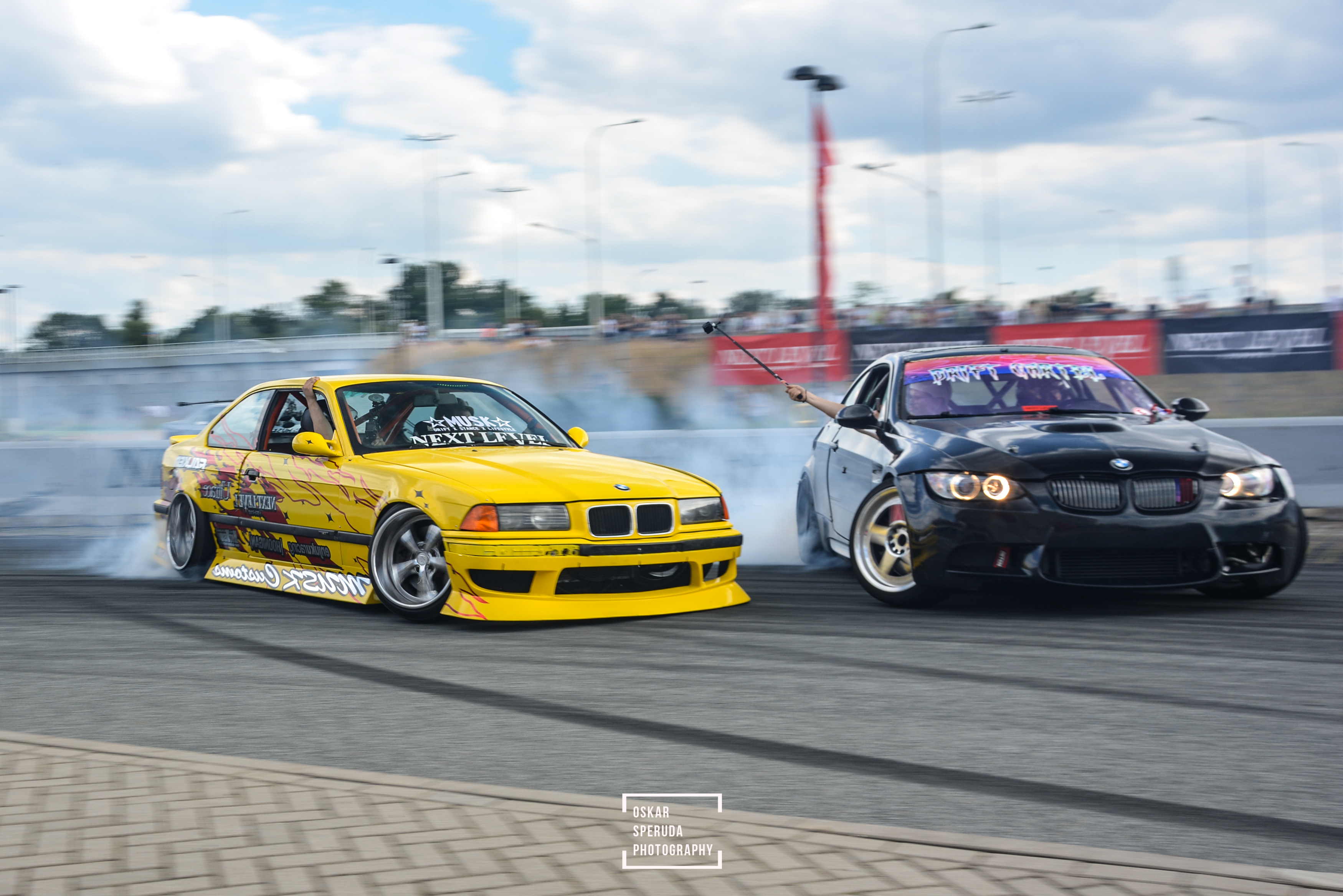 Some cars are spicy as hell.

Now this is dope! I like seeing stance cars going drifting!