You spend years building and perfecting your pride and joy, pouring your heart and soul into it, and finally get it to where you want it to be and are able to really enjoy it. It sounds like an absolute dream, right? Well it is, and this is where Jun’s NA1 Honda NSX was at when I featured it in 2015.

But this story doesn’t continue with five years’ worth of driving enjoyment to bring us up to the current day, because in 2016 the unthinkable happened – Jun crashed his NSX at Tsukuba Circuit.

My heart sank when I heard the news. Obviously, my first initial concern was with Jun’s safety, but after hearing that he came away from the incident unscathed, I immediately wondered what state the Honda was in – the model has an aluminum body and chassis after all. Luckily for Jun it wasn’t a total loss, and he reassured me that not only would it be fixed, but that he’d use the opportunity to go for an even more aggressive aerodynamic conversion.

For years, every time I bumped into Jun at an event I’d ask if he was making progress. And in between these times I’d message him on Instagram to gently ask how it was all going.

And then one day he messaged me: “It’s done. When do you want to shoot it?”

When Jun arrived at our meeting spot in Futako-Tamagawa early one morning, I was left speechless. He did hint that he’d gone wide-body – or at least wider than what the NSX was previously – but much like his approach to every other area of the car, things were taken a step further.

The easy road would have been to fit an off-the-shelf wide-body kit, but Jun mixed and matched, customized and experimented until he achieved the look pictured in his head, and this is the result.

The exterior starts with a Sorcery front bumper, which moves away from the stock-like look of the Marga Hills item previously fitted and gives the front end a more pronounced set of nostrils right under the pop-up lights. To this, Jun grafted on his very own lower spoiler/undertray constructed in CFRP.

For the front fenders, Jun again traded the original Marga Hills items for Sorcery equivalents, which he then modified to integrate with the retained Marga Hills side skirts. However, the skirts now feature a carbon fiber upper slat to give a nice parallel feel with the lower carbon plate that runs under their entire length.

The more square-shouldered Marga Hills rear fenders remain, but can you tell what Jun did with these? I’ll give you a hint: it took the longest amount of time and effort to get right.

While you ponder over that, let’s take a look at the engine.

Opening the cover, it was cool to see a sticker that we handed out 10 years ago is still hanging on strong. Thanks for the continual support, Jun-san.

The Toda 3.1L C30A wasn’t damaged in the accident and Jun was very happy with how it felt; it struck just the right balance between power and response without being too wild. What he has changed is the exhaust, now a RYF GT titanium masterpiece (of which not many have been made) that makes the Honda V6 sing like nothing I’ve ever heard before. Jun also added a little diecast replica of his car on top of the air box for a personal touch.

Sending drive to the rear wheels is the NSX’s original transverse-mounted 5-speed gearbox mated to a shorter 4.4 final drive. To cope with the extra power, and more importantly the extra grip found through the use of wider rubber, the driveline has been beefed up with an Exedy Carbon-R twin-plate clutch and lighter flywheel, and an OS Giken Super Lock 1.5-way LSD. This all combines to give the sort of feel you’d expect in a such a meticulously assembled build.

It may have taken a mishap and years to get right, but this is by far the best execution of an NA1 that I’ve ever seen. You can go wild mixing and matching front and rear end aftermarket kit parts all day long, but finding the right balance and creating something cohesive is a far harder task.

If you think the front end looks like a road-going version of the legendary Raybrig JGTC GT500 NSX – especially once the headlights are flipped up – then the rear will send you hunting for the closest box of tissues.

Here Jun has widened and extended the Marga Hills fenders rearward, before ending them with an open vent against the side of the stock body. The new rear bumper is from Burn-Up and has two lower finned side sections that opened up the space for Jun to craft a new carbon fiber diffuser, almost boxing away the exhaust.

A true touch of class comes in the form of Esprit’s Type 052 GT wing, which with its centrally-mounted stays looks so much more modern than the previous wing that had its stays mounted on the extremities of the trunk. Jun’s custom LED taillights remain and still look amazing.

The interior remains unchanged, a semi-stripped cabin with a Okuyama roll cage adding torsional rigidity and safety at the same time. The Sparco buckets are a pretty extreme choice for daily road use, but they’re very helpful on the track and through the twisty touge stuff.

One of the things that always made this particular NSX stand out to me was its custom dash setup – a Google Nexus tablet dropped into a carbon fiber binnacle with two analogue dials on each side. The tablet runs Defi’s Smart Meter software, which allows for a variety of displays to be created and stored in the memory, instantly bringing the NSX’s cabin into the 21st century.

As a mark of authenticity, the Advance plaque in the center console reminds everyone who the original builder of the Toda 3.1L stroked engine was.

In the suspension department you’ll find Öhlins dampers and Eibach springs, a custom setup pieced together by the guys at Tomiyoshi Racing. Much like everything else on this car, the suspension upgrades aim to achieve that perfect balance between fast road use and occasional track time, and the quality of damping giving the compliance and ability to deal with road imperfections without a jarring ride. It sits perfectly, too.

I’m a sucker for staggered wheel combos on cars like this, and the 18-inch front and 19-inch rear RAYS Gram Lights 57Xtreme choice is spot on. When heading to the track, Jun swaps these out for a RAYS Volk Racing TE37SL staggered setup (17-inch front and 18-inch rear) wearing Yokohama Advan A050 semi-slicks at all four corners.

Needless to say, Jun is beyond happy to have his car back on the street, and in my book, with an unrivalled look.

Doing these shots through a busy and high-end shopping district, the car looked so alien in the environment. It was as if some wild race car had been plucked from the circuit and dropped right in the middle of a city.

This NSX project is one that represents the ‘journey’ so well. Years of evolution, experimentation, tribulation and then heartbreak, only to have it come back again and reignite the initial passion.

Jun has achieved automotive enlightenment, if such a thing even exists. That moment in time where you realize that your car may actually be finished. Then again, when I asked the question, Jun was not sure it ever will be. And that’s pretty much any project car summed up. Mind you, what he has created is pretty damn close to perfection in my book.

this bodykit is just perfect. It's so agressive but the bodystyle of the nsx makes it look kinda subtle too.

And to make sure nobody copies him, he's refined it and customized it himself.

Yeah those lights work so well!

Man that NSX is sick
Love the body kit!

glad to see he kept the popups instead of going full extreme aerodynamics and ditching them for the fixed units. keeps the character of the car and it keeps it looking like its ready to pounce at any moment.

and btw when is the speedhunters store coming back? i've been waiting for some merch to restock so i can collect

Pop ups or die! We will have more info on the shop soon

Ugghhfgfgfhhfhfff. That looks... real good, and it's balanced out mechanically with just the right amount of power, grip and stance.

If Blake ever decides to go full ham, the bar has been set.

Two different approaches. I really like the stock body approach too, just with a few minor aero add ons. But if you absolutely, positively must go balls out, Jun is your man

Soooo sick. Perfect example of what an NSX should be

Props to the owner for the resurrection! Looks great! I did this with a crashed 2.8L R34 GTR VspecII Nur. Unfortunately the shell was too badly damaged to repair but I bought a Vspec and transplanted every part I could. So I now have a Vspec with Nur goodies and a HKS 2.8

Got the full series 2 interior, Nur 300kph cluster and a few other bits and pieces inside too. Even took the Headlight & diffs lol. 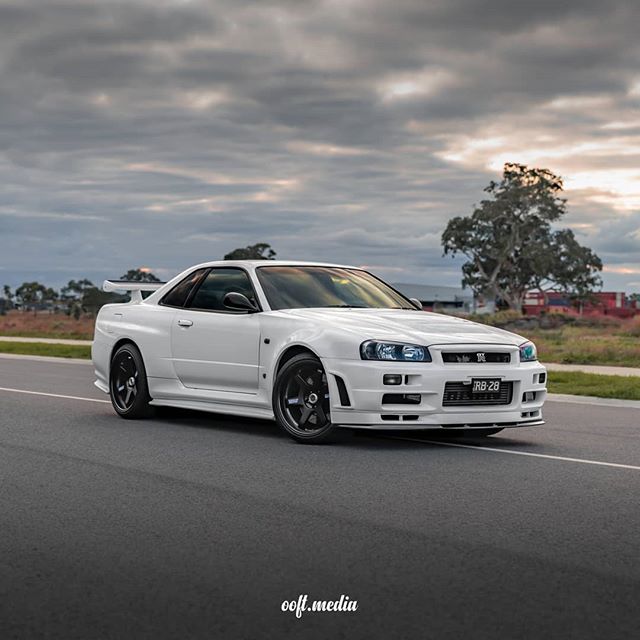 Just, wow. I scrolled through taking glances at all the photos captured because THE COLOUR. Going back to read the article, wow it's a beautiful execution!

Stands out that's for sure!

Good Lord, someone save that Hot Wheels model in the engine bay please. It is melting. Hahaha!

LOL seems to be doing ok

Oh my! The lines just add to the original design without disturbing them. Mad stance without being too much.
Is there a video somewhere to hear that titanium masterpiece song?

No but would be nice to do something with him. I think he ended up changing the exhaust after I shot it

was this honda nsx at sema?

No it's never been out of Japan

You never know what's coming next with this car...

C'est magnifique! Had to say that shit in a different language to make it stick!

I'm so jealous of the way the NSX original spoiler comes together. I have a 97 camaro z28 and the spoiler has similar shape, with almost fins leading into the actual wing, but they are one piece, and you can't pull just the center out and leave the fins to mount a wing too. It kills me, as I'd love to go big track wing someday, but I'll have to go chassis mount if so. Anyways, beautiful car, I absolutely love the color.