For all the pleasure and excitement that a finished and running car brings, I can’t help but be far more inspired by a car at the very beginning of the process.

On a recent visit to Stone Motorsport with Project GTI, John Stone introduced me to their latest project: An S15 Nissan Silvia being built for the 2018 Irish Hillclimb Championship. Typically, I hear S-body and almost immediately switch off, although not quite as quick as when someone tells me they’re building a drift car. It just feels like every combination and permutation has been done before, so it’s hard to get excited any more. This, however, is a little bit different.

It is very early days in this project, but with fabrication almost completed, it’s going to come together quickly in the coming months. I guess that’s the beauty of it still being an S15; the aftermarket support for the car and the ability to just bolt proven parts on cannot be underestimated.

In saying that, it’s hardly recognisable as being an S15 as it currently sits. Recently, Stone Motorsport posted an image of the bare chassis (after it had gone on a considerable diet) on their Facebook page and invited their fans to guess what it was. Some did get it right, but a few of the guesses were so far off that they elicit a chuckle or two. It’s definitely not a Ford Mustang.

With the relevant safety devices being installed at the moment, it gives a good opportunity to pore over the S15 in its most basic form. John was kind enough to share Stone Motorsport’s plans and what will eventually end up in each part of the car. They’ve put a lot of thought into this. The target weight for the car is 900kg (1,984lb) wet, without driver.

What will undoubtedly make a huge difference to the weight of the Silvia is their decision to stay away from the typical inline-six and V8 engine options. Despite a lofty power goal of 700hp at the wheels, the Stone team aim to extract the power from a four-cylinder Honda K24 engine. It’s a feat which has already been completed around the world, but curiously has never made it into an S-body on this scale before. Recently, we featured Will Au-Yeung’s Vibrant Performance /PZtuning Honda Civic, which itself runs in excess of 770whp, so the power figure is perfectly attainable.

John estimates that running the K24 in place of a 2JZ-GTE, for example, will save them 100kg (220lb) right away. The compact Honda motor also saves weight by requiring smaller components and two less of certain parts. All the small things add up to significant savings.

It’s still early days, but with progress expected to develop at a rapid rate in the coming months, I figure it’s best to start early and we can pick up with the car as it gets closer to its finished state.

Oh, and in case you’re wondering, the 1:1 Starlet project hasn’t been scrapped, although it has literally been shelved. Progress on that will resume over the winter, once its owner has his other two projects finished as soon as this week. There’s even talk that the KP61 might get a little bit of VTEC in its life, too…

K-Powered: Why We Love Honda’s K-Series

I've been planning this myself for a while now, glad to see I'm not the only one! Stone will do this swap justice and in short time too. It's like an SR20, just newer and better!

For a photojournalist who recently covered the Juicebox event with three AE86 drift inspired articles, a C33 Laurel drift car for Gatebil and Deane x Więcek (of which one drives an S15 drift car), its a bit biased to say "Typically, I hear S-body and almost immediately switch off, although not quite as quick as when someone tells me they’re building a drift car. It just feels like every combination and permutation has been done before...".

I'm not sure biased is the word you're looking for, plus it doesn't help to leave out an important part of a quote.

I'm not trying to shit on anyone BTW, but it is hard to get excited about another 2JZ or LS S-body, right? That doesn't mean I don't consider them good cars, or don't have respect for them etc.

Paddy has his own ways, dont mind him.

This might be the first time that we've agreed on anything, Adam. Progress?

Here in Canada a friend of has had a vr6 powered s14 for a bit now. Neither are hill climb vehicles of course. 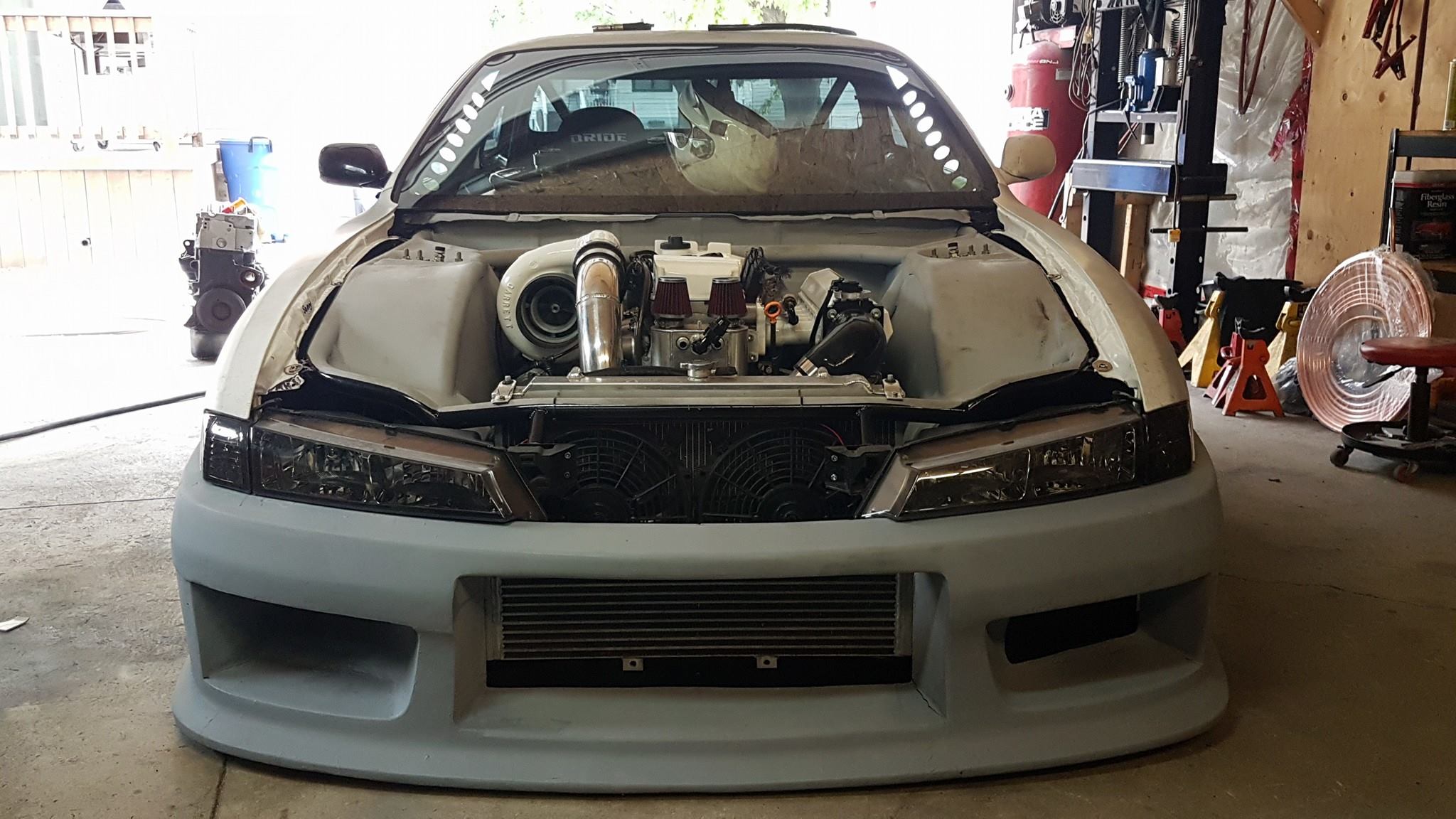 I've shot it once, and ridden in it when it was on the road before. I'd be willing to do it again wink wink nudge nudge.

Don't worry SH, i "turn off" whenever i see big body jap cars with sideways wheels that have 100k in engine mods but will never see a track. At least people are out there building and using s chassis cars to be driven and enjoyed.

I mean, each to their own, but we're all going to be excited by different things. This just happens to excite me more than others.

Just a heads up for people that haven't learned already: Check the author before you read the text ... you'll quickly find which ones you don't like to read and then you can just skip the text and enjoy the beautiful photos. Works a treat for avoiding the authors that seem to think we came here for their opinions (-8

To be fair, I usually do the same for some commenters too. Except there's no photos.

what a neat-o thing to say

Good thing he is one of the best then!

Eh... that's kind of harsh. Without personality this site would be a little bland. Also opinions generate conversation.

Truly interesting, this. Staying away from the typical engine choices and going for a Honda. Hopefully Stone Motorsport won't get people coming to their garage with pitchforks in hand. Hahaha!

I really like this article and cant seem to understand the hate against Paddy. The K2x engines are some of the best 4 cylinders built by Honda, way better in design than what you get in a SR20. Sure, they are 10 years or so younger than the SR and they make almost the same power NA than an early turbo red top. But again, i, like Paddy, feel that the S-chassis has been overdone to the roof with Toyota or Nissan 6 cylinder offerings or LS swaps. Dont get me wrong, they are fine, thats why most people do them, obviously, but its so much more interesting when someone decides to go a different route to achieve a much fitting outcome to their needs. And dont crap on Paddy for saying what he feels, in his own article. You know, the one he wrotte. Id be a lot more sad if he said he wasnt tired of the S-chassis JZ, RB or LS drift builds, especially since its not what he feels. Yay for freedom of speach! Now, if you dont mind, ill crawl into my hole and stay there.

Now that is some quality chassiscage fab and anytime a K series goes logitududdudinal, its a good thing.

I wonder how they are planning on getting around the oil pump and the steering rack and pinion wanting to occupy the same space?
I see that the engine is pushed back pretty far.

Came here to read the butt hurt following the S15 comment. Was not disappointed.

Keep up the good work paddy!!

Kind of happy, kind of disappointed, as I've always wondered what a sorted N/A K20 swap would be like in an S15 chassis... Pretty interesting, though, and definitely out of the ordinary. I guess that's always a plus, if done right...