We are well over the halfway stage of the 2012 British Drift Championship, and with two points of the compass already ticked off the list the BDC circus headed to the deep south of England and the superb Lydden Hill circuit for the fourth instalment of the series.

Speedhunting involves a lot of travelling. Fact! Just look at where the Speedhunters team are as I type this: we have Larry at the top of Pikes Peak and Mike knee-deep in salt at Bonneville. Even here in the UK a report will include plenty of early mornings and a whole pile of mileage. This is one of the reasons I have been looking forward to BDC Lydden, as it’s my local track. It was quite  a novelty rocking up at 7am having only had to travel 10 miles.

Another novelty was the strange and rarely-seen orange orb in the sky. Thankfully after three either damp and gloomy rounds the weather forecast for Lydden was blue sky all the way.

We haven’t seen much of the sun in the UK so far this year, so being English we like to make the most of it. Sun comes out, clothes come off. This is 8am in the paddock by the way!

Bikinis on one side of the paddock and kigurumi suits and Ugg boots at the other. The eccentricity of us Brits never fails to amuse me.

The unusually good weather led to a great atmosphere in the pits. Nothing was a stress and everyone seemed happy to chill-out and enjoy the weekend. The diff you can see being used to hold the Team SATS awning down had just been pulled out of their Supra, as fourth gear was a little too long for Lydden.

I was amazed to see Team GDA’s Nathen Chivers at Round Four. His supercharged LS7 S14 had been totally destroyed a few weeks ago.

Taking what was left of the running gear from the S14, Team GDA built this Rocket Bunny PS13 is just a matter of weeks – with of course supercharged LS7 power.

With only a handful of miles on the new car before arriving at Lydden, Round Four was to be more of a shakedown for the new machinery. The car looked and sounded fantastic all weekend.

The first real drama of the weekend was Marc Huxley and his SR20 powered Corolla. Firing the SR up on Saturday morning Huxley was met with a nasty top-end clattering and virtually no oil pressure. Stripping the sump and cleaning the oil pick-up made very little difference. This couldn’t have come at a worse time. With great results in the previous rounds all Marc had to do was put in a good qualifying session in his own Pro category to win a wild-card entry into the Super-Pro class. If he could qualify in the Top 16 Super-Pro that would see him permanently promoted into the premier class.

So with it all on the line the decision was made to run thicker oil and to try and nurse the car through the weekend. Although from where I was standing it didn’t look like there was a whole lot of nursing going on!

A top four in Pro saw him though to the Super-Pro session and a 16th place in Super-Pro was good enough for the permanent promotion.

This makes Marc Huxley the only person to progress right through the ranks of The British Drift Championship, from Semi-Pro to Super-Pro, in under two seasons of competition. A pretty awesome achievement!

Team Dorihero’s Tom Bilverstone suffered oil starvation in the middle of qualifying. 8,000rpm and no oil makes for one very unhappy CA18. The starvation to the cams was so severe it actually welded the inlet cam to the carrier.

An all-nighter in the Lydden scrutineering shed and a load of borrowed parts later, we had a happy engine again.

It may have been down to Team GB’s fantastic performance in the Olympic cycling that most of the BDC crew had taken to two wheels for the weekend. Hillary ‘Trott’ Collins in the keirin with Ammo as pace man.

And Mark ‘Wiggins’ Buckle in the time trial.

I loved this clean S14 from the paddock.

Steve Moore’s S14A. After years of competition it’s still one of the cleanest cars in the BDC line-up.

As usual the judges were very specific on what they wanted to see from the drivers, speed being high on the agenda.

Lydden Hill is the first circuit on the BDC calendar to have full-on gravel traps.

Even a slight detour from the tarmac and you would be into the welcoming arms of the pea gravel.

…even the best of them.

And once you’re in, there is no escape. It’s just a case of sitting and waiting for the rescue truck to come and pull you out.

After the first day a fair few cars were wearing battle scars.

9,400rpm Burton Power YB. The sticker says it all.

Lydden Hill is a smoke track. So much so that if the conditions are right you can actually see the smoke rising out of the valley from the main road a few miles away.

A mixture of hot sticky tarmac, lots of power and huge wheel speed. The perfect recipe for a smoke-fest like no other.

Exiting turn one the heat starts to build in the tyres.

By the time you get round the Turn Two hairpin the rubber is simmering nicely.

Then up the ‘box and flat out into the super-fast Paddock bend and we have a fog-fest!

Steve ‘Stiggy’ Evans likened the experience of chasing a car from the hairpin to Paddock bend to being “like driving with a white t-shirt over your head.”

All you can do is keep your foot in and listen for the pitch-change from the car in front to dictate a change of direction. Crazy stuff.

Kevin Corsius made his BDC debut in the Pro class. He ended up top qualifier and overall Pro class winner – quite a debut!

After a two-year break from competition, Morley Sport’s Ben Morley returned to the BDC in the distinctive black and gold MkII Escort…

…which was now sporting a rather pretty Cosworth YB Turbo engine.

Kirsty Widdrington had the drive of her season, qualifying in sixth place and only narrowly missing out on the semi-finals.

…seventh in qualifying and running right down to his very last set of tyres to get second overall in the Pro-class finals.

It was worrying times in the Team Japspeed pits. Paul Smith’s S15 had suffered extensive damage at the previous round, and the team were unsure on how well the car would perform around the fast Lydden track.

A few last-minute adjustments to Shane Lynch’s V8 Twin turbo S15. There are few things in the world that cant be fixed with an angle grinder.

The Japspeed Subaru developed a serious miss-fire just before qualifying, meaning Steve Biagioni would have to qualify and compete in team mate Shane O’Sulivan’s 1JZ s15.

4pm and the Super-Pro drivers made their way out on the track.

…And future professional media ready. Just how cute is this!

Matt Carter was on fire. Top qualifier with a stunning 92-point run and ripping the track up during the battles.

Entertaining as ever, Steve Evans was playing the psychological game with battle-partner Mike Marshal. On the warm-up lap the Starlet was literally stuck to the rear bumper of the Team M&M S15.

Patrick Ritzmann and the 2JZ Powered E46 made a stunning BDC debut: second highest qualifier and the best battles of the day with David Waterworth and the Viper-engined S15.

For me though, driver of the day was Japspeed’s Shane Lynch. With car issues and poor results so far all season, Lynch was like a new man at Lydden.

Driving with control and aggression he made it though to finals to meet up with team-mate Paul Smith.

Fourth gear wide open over the top of Paddock bend. To me this is the shot that sums up all that is good about Lydden Hill..

…and of course it was Paul Smith on his way to a well-deserved  Round Four Super-Pro win.

Our two days in  the Valley have without doubt been the round of the season so far.

…and I say ‘so far’ quite deliberately, because in just a few weeks’ time the BDC Super-Pro regulars will meet up with Speedhunters’ own dynamic duo, D-Mac and Aasbø, for Round Five at Trax, Silverstone. I can’t wait. It’s definitely not to be missed! 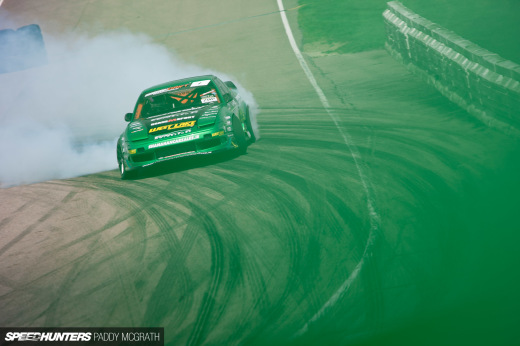 A New Dawn For The British Drift Championship 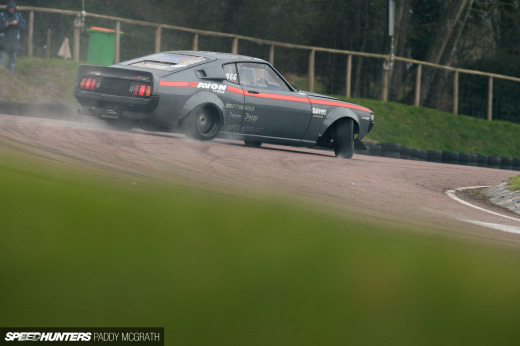 Random Snap: The Return Of The Dark Horse 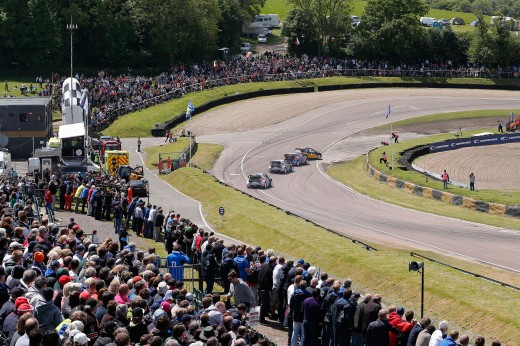 Im pretty sure the S15 O' Sullivan is driving for Japspeed is RB25. Correct me if I'm wrong.

One of, if not the best tracks I've been to this year to both drive and view at.

where can i purchase the "GENUINE 100% ABUSED" decal?

So did any of the gravel get to you?

Could you do a feature of some of the engine bays of these cars? Some pretty mad swaps like the twin tubro V8 and Viper powered S15!