If you had asked me about photography in high school (keeping in mind that was only 3 years ago), chances are I'd have said something about it being lame. The last thing I would have expected is to be writing a guest entry on one of the biggest automotive blogs in our scene, let alone shooting cars on a regular basis…

I guess it's no surprise that I am impassioned by automotive photography. If you're a car guy and there's a good chance you are if you're reading this, you take pride in what you build. Today's automotive community is broader and more connected than ever, with a message board and blog for anything and everything, and sharing our unique creations is easily summed up as identifying ourselves in the scene. Photography is the primary output, and a wonderful one at that, allowing cars to be identified as more than just transportation. Photos are more than just a visual aid… they're an expression. If you're not a car enthusiast, it probably sounds silly to hear that people sit around all day, posting photos of their cars on web forums, day-in and day-out, but it's what we do.

So that's where I started. After posting on BimmerForums for some time, seeing the "greats of the age" post their jaw dropping then-ground-breaking cars, I felt compelled to take pictures of my own. If you search the depths of BimmerForums hard enough, you might find those first photos. I thought about including the photos here, but decided that would destroy any credibility given to me by allowing me to write this entry.

Alright, so as I was saying… It wasn't so much a "I want to be a photographer" type of thing. It was just "I want to share my car". Car guys, I'm sure you're with me. It was more of a community thing. Another way to enjoy my initial passion of automobiles.

Looking back on it, borrowing my mother's D70 and heading to the parking lot behind my school was one of the greatest turning points in my life. It's interesting how we never really know when we're drastically changing our own futures until after the fact.

I guess I kept doing it, obviously. It was never really more than just a way to share my car, but that changed sometime during my senior year of high school. Somewhere in there I started to enjoy it, shooting more and more often, trying new things and new settings… granted, I'm still one of those guys who shoots in front of loading docks. Even I'm ashamed of myself on that one, but if you want to fight about it, I'll fight….

Heading into college, I realized that life needed a direction sooner rather than later… I had to pick a major and start getting *** done. Photography seemed like the answer. Initially picking it, it was more of a "Yeah, I guess that. Yeah that. It makes more sense than agricultural studies or something. Photography it is…" type of decision.

Being a "professional" wasn't really on the radar, I was just having a lot of fun taking pictures of my own cars. In reality, that's still mostly what I shoot. Nine out of ten shots is one of my own nonsensical automobiles. Most of the photos in the article are of my own cars. It feels lame, so don't worry about asking. Shooting my own cars is what kicked off my "career", if you could call it that. 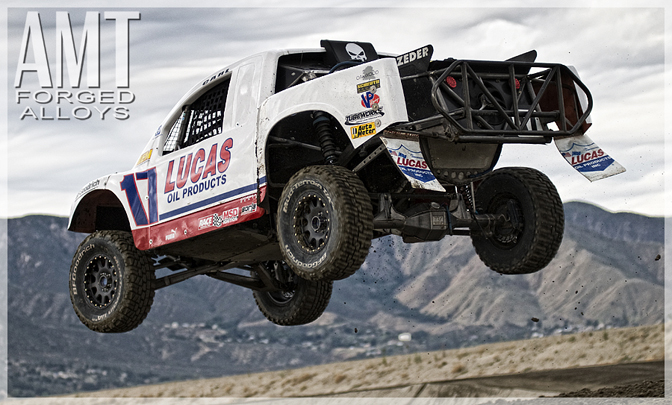 A shoot of my own car was noticed by the great folks at Performance BMW magazine. They loved the car and asked who shot the photos. A couple months later I found my own images published in a magazine. It was a phenomenal feeling and really made the gears in my head start spinning.

It just goes to show that passion can come out of nowhere. I sit here today, absolutely honored to write this, and I'm assuming it's because at least one person likes my photography enough to want to hear about how I got in to it. Photography has made its way from "nothing" to more or less "everything" for me. Its role in my life is far larger than I ever comprehended it would be.

We've all got influences. Mine happen to be a select few photographers that really do their own thing and put their own spin on what we expect to see when we hop on our favorite website or open our favorite magazine. SpeedHunter's very own Linhbergh, the Texas-Outlaw James Evins, The NorCal Kid Jerry Buenviaje, East vs. West Sam Dobbins and Jonathan DeHate and lastly Dylan Leff…

They're all guys who just try new stuff, or at the very least really keep me interested with their work. I'd be lying if I didn't say they played a huge role in what my photography is today.

So who am I really? I'm just Mike Burroughs. I love to do a lot of things, from building cars to taking photos, promoting my scene and making cars undriveably low. "Photographer" isn't my title. It's just something I love to do. Day in and day out, photography has become something that is an essential part of me.

Maybe I will luck out, the dream will come true: photography will pay my bills forever. After all, I am blowing college tuition on it, so something better happen or someone's gonna get hurt…. but really, I just love to shoot.

I want anyone who is reading this to just pick up your camera and shoot. Look at the photos by your favorites, go out and give it a shot. Frame after frame, just keep shooting. Who knows what will happen.

Cars Are Supposed To Be Fun: K-Swapping A Ferrari 308

Inside The KEAN Suspensions Garage

Nice write up. Thank you, I never knew that you owned the Rusty BMW. Such an Iconic Internet car.

Not surprised to see you posting on Speedhunters, Mike. Keep it up!

Well said mike. Caint wait to see what you come up with next

i apreciate what your saying dude, consider me inspired

This guy is on point. It was a pleasure to meet you at 512 Project.

Not only are you a good photog, but your ideas come across clearly with your chosen words. Cheers to you!

the speedo is form a merc isnt it?

Need a lot more pictures of the dream e28, just something to put on to the desktop. Please...

One man's life written in here and no one commenting?Shame on you,,!Anyways,this touched me..We gotta hand it to him,his style is unique..Respect,and keep on rockin'..!

Very inspiring. Thanks for the writeup!

No matter how you view Mike's car builds, you have to give the man due respect for the hard work and dedication he puts into them. Every time he publishes information and photographs of his vehicle builds, there is a rather impressive amount of ingenuity and originality in them. Envelopes pushed, trends set, and jaws dropped.

I hope to see you at Import Alliance this year, bud.

Pushing the scene future, one shoot at a time! Keep it rollin'....

Great write up. Sometimes things do come to be part of your life when you least expect it. I feel the same way with my journey into photography. It was never something I thought about doing, but rather it was just something I ended up doing and falling in love with it along the way.

As a bimmer nut, photography enthusiast and all-round petrol-head I was intrigued by your snaps way back when your 535i was still still fairly stock. I came across your work on flickr and was completely gobsmacked by your vision. Very interesting as well has been the popularity of your e28 on the web in it's many guises. What's on the horizon for her in the coming months? Big up to ya, more power to ya.

PS. Your low-slung trailer with the fat bbs' completely rocked. It's been my wallpaper for months!

Very nice writeup Mike. I am right there with you dude. Ever since I got rid of my Integra, I got more and more into photography. Now that I think about it, what kicked off my photographic curiosity would have to be my first car (1992 Toyota MR2 N/A). Just picked up a Nikon D3000. Looking to get a project car now that I have the right setup.

Checked out the site, and I must say it is kick ass!

The first one is stunning! Awesome pics.

ayooo: I would say so.

Some people have to study and then work to even get a car or camera. But some just get it for free...

Thanks for the love everyone. Sincerely appreciated.

Mike I understand you completely, I in Chile, I have no

opportunity to study photography, I have 15 years, and I am a

real passionate about it, but if they are cars that

photograph, I love, and generally people do not understand the

passion that unites us, photography is the file that

beautiful theme, I cite this from you:

"Photos are more than just a visual aid... they're an expression"

More on that E21! It's beautiful

Damn Mike you such a boss since I saw some of your picture I fall in love with bimmers and all of the euro cars you do a great job and this article look like you write a part of my life lmao keep it up!!!

really just inspirational man!!! been looking at ur work forawhile... truly a gift to our young community!

The pic of the audi interior is mind blowing! Great write-up and great cars.

You know I have been a fan of your builds and work for awhile now Mike. It is no surprise that you now have a guest blog on Speedhunters. Keep it up man!

Your photography is mindblowing. So much inspiration!

great wright up, love your cars and photography. keep up the good work and good luck

Mike B.. It's been a pleasure calling you friend. Keeping doing what you do.. your passion is contagious!

For all wondering if Mike hails from a "rich lifestyle," I can personally atest to this not being the case. I know his parents personally and can tell you Mike has worked very hard for what he has. Being his senior by some years, I marvel at what he has accomplished in such a short amount of time. It's solely driven by passion and dedication. Everyone takes notes... not based on his tastes or style, but on his work ethic and drive. Everyone has the same opportunity.. just about who is hungry enough to go out and achieve it.