Our friends at Ebisu Circuit just can’t seem to catch a break.

Almost 10 years on from the March 11, 2011 Tohoku earthquake that devastated northern parts of Japan, another strong quake hit.

While most areas escaped damage, the same can’t be said for Ebisu Circuit and Tohoku Safari Park, both located up in the mountains above Nihonmatsu City.

While the epicenter of the 7.3-magnitude quake was out on the Pacific Ocean bed, Fukushima Prefecture felt a 6.0 tremor which went on for a very long two minutes. What you see here is the resulting damage at Ebisu.

A large landslide saw the side of the hill on which Drift Land is perched, slip down and cover part of the main straight, pit lane, and pit building on Ebisu’s Nishi Course.

Social media was instantly bombarded with images of the landslide, but Nobushige Kumakubo – pro drifter, D1 champion, and the owner of the facility – asked that people gave him time to properly assess the damage and figure out what to do before even thinking about accepting all the offers of help that came rushing in.

Which explains why we’re talking about this now, some three weeks after the earthquake occurred.

In that time, Kumakubo and his team have already begun the clean up work, and have collectively figured out how the remediation should be approached. This week they have launched an official donations page, which you can access here.

On top of the hit Ebisu has been taking from COVID-19, it’s tragic to see these images; it feels like bad déjà vu from a decade ago. Above you can see how the top section of the pit buildings have been damaged, and the total loss of some support vehicles.

On top of what has been shared online, the damage actually extends to other buildings around the greater facility, too. Some of the cars that were parked inside garages at the time of the quake didn’t fare well either.

After what Ebisu Circuit and its extended family that spans from this amazing venue has done for drift culture over the years, it’s time for the community to give back.

I guess the first and easiest way right now is to offer your support by donating what you can, with the hope that Ebisu will be back on its feet soon. 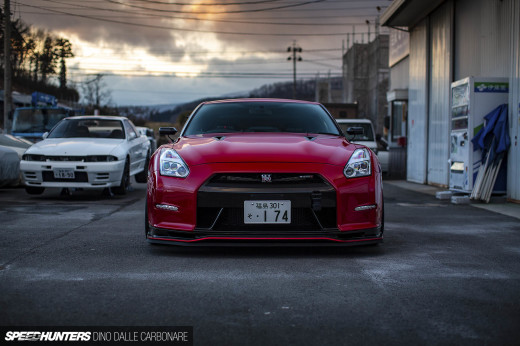 Given the ton of content (and therefore, revenue) SH produces out of this circuit, and being backed by a very big corporation such as EA, is this website going to make a donation?

Companies like "Speedhunters" can't sit around given the amount of revenue they make from the Ebisu.

Lead by example otherwise why would anyone else bother?

Because individuals are more compassionate than corporations. They don't stay rich by giving away money, unless of course they can market the shit out of their "giving nature" and see profits from it.

This is so sad to see. I'll be seeing what I can do when I get home from work. It may not be a large amount but every little bit helps right? Better than being bitter and expecting someone else to do a large donation...

we all need to pitch in

My thoughts and prayers are with Mr Kumakubo.

I thought only those living in Japan could donate using the Ebisu donation page, all those outside the country needed to use the GoFundMe via Adam_LZ?

The donation form on the official website has 2 options and one of them is the GoFundMe organized by Sam and Adam. If you're not from Japan you can either donate on the official website by choosing the GoFundMe option or you can donate directly on the GoFundMe page. It doesn't really matter which page you use, it should be the same exact thing. Just make sure to donate through GoFundMe cause the Japan government has some weird rules and you may have some troubles donating using a banking service.

Dino, just an FYI looks like they'll get their gofundme soon $70,000 raised in 4 days. please to be of some small help.

Was the property not insured? I'm not trying to say they don't need help, but where is the donated money going if they had coverage?

The buildings and contents may be covered to an extent, but damage to the track surface or the removal of debris probably not covered.

have just received my 3rd paycheck which said that $16285 that i have made just in one month by working online over my laptop. This job is amazing and its regular earnings are much better than my regular office job. Join this job now and start making money online easily by just use this link........http://www.career55.com

... so you're gonna donate to the cause then?

Thank you for posting this link. I was lucky enough to drive there in 2017. Ebisu entry is cheap! Time to give back.