I’ve never met, spoken to, or otherwise come across a casual AE owner.

Seriously, every single one I’ve interacted with has either owned their current car for nearly 10 years, or owned nearly 10 in total. Often both. Daily drivers, track cars, parts cars – it’s as if after one AE86 enters your life more are soon to follow.

Angel was introduced to Toyotas early, so it could be argued his fate was solidified before he became of driving age. His father was a Toyota man, and when they migrated to the United States from Puerto Rico, a love for Toyotas came with them. “I practically grew up under the hood of a Toyota,” Angel reminisced, describing his family’s fleet of vehicles.

His first came at 13. That was a 1982 Corolla he did a basic motor swap in, before driving the wheels off it then selling. After that seemed to work out with this account in the black, Angel did it again, and again… You get the point. Ever since then, Angel has bounced back and forth between rear-wheel drive and front-wheel drive Toyotas.

This Is The Last One

Every AE86 owner I know seems to have an ’86’ sense. That’s a made-up term of course, a borderline dad joke really. But I am using it to describe Corolla owners’ uncanny ability to sniff out every AE86 in their area, no matter how derelict it might be.

This particular one was tucked up against a house, pretty much hidden from prying eyes. Not quite hidden enough, though. Angel can spot AE lines from miles away, so he did what any Corolla-hunter would do – he headed to the front door and asked if it was for sale.

Originally he was shot down, which is usually how the cold-call car-buying dance starts. Persistence paid off in the end and Angel bought said car.

‘Bought’ is a term used lightly in this case, because he actually traded his running, driving, and quite well sorted ’94 Corolla station wagon for “basically junk.” In order to get the car to leave its self-dug half tomb, Angel had to supply his own starter, battery, wheels, and gas.

Regardless of its state, Angel got the car to move, and when he brought it home using parts from the junkyard he was able to make it a reliable and dependable driver. Yes, there was once a time when AE86 parts could be found in junkyards for a song.

The car, which was a factory Corolla GT-S, turned out to be a pretty cherry little runabout, and being an Arizona import it was rust free – a rarity in Boston. Nine cars deep at this point, Angel decided this was the one worth keeping.

The Book Of Knowledge

It’s impossible to go decades of building the same car without amassing an envious wealth of knowledge. Previously-featured AE86 owner Chester notes Angel as an AE86 guru, and proof of that is listed in the feature’s thanks.

“I have a passion for these cars, and I’ve encountered every problem so I like to help people out,” Angel says. He’s more interested in keeping as many examples of these cars on the road than he is making people “earn their stripes,” the way some elitists would prefer.

Angel has had this car for 14 years now. It’s naturally been through a few revisions in this time, and he’s only slightly ashamed to admit that at one point it looked very, very different. Imagine more Fast and the Furious, and less JDM Option magazine.

However, eventually the Japanese way of AE86 modification was introduced to Angel, and as you can see, there’s been a lasting impact. The recipe here is simple and timeless: Small wheels, a naturally aspirated 4A-G engine, and tons of subtle style.

Running under the GT-S decals are J-Blood side skirts, and above the OEM kouki Trueno ‘red line’ tail lights is a TRD N2 spoiler that’s been molded to the factory trunk lid.

Once the body aesthetic was nailed, Angel tore the car all the way down before having it repainted a brilliant red.

During its rebuild, Angel replaced the factory 4A-G 16-valve engine with a 20-valve ‘black top’ variant from an AE111.

Running through to the back of the AE86 is a custom 2.5-inch exhaust with Magnaflow muffler. In total, it’s an honest engine package that suits the car’s purpose.

Inside, fans of simplicity can rejoice. There are no bars running to and fro, and more importantly, all of the components the factory intended to be there remain intact.

The original seats have been reupholstered in black cloth with red stitching, a JDM AE86 steering wheel sits in front of the USDM cluster, and the shifter and boot are TRD items. It’s all neat, maintainable, and fitting.

“If I lived in a sunnier state it would be my daily driver; everything works as it should,” says Angel. ‘Everything’ in this case includes factory heat and air conditioning.

Nearing the end of the chat, Angel did mention that his journey with the car is on somewhat borrowed time. No, he’s not going to sell it, and he’s also not going anywhere either. Fittingly, his son, Angel Jr. has taken a rather large interest in the AE86 and staked his familial claim to the vehicle.

Since it was his own father that sparked the Toyota flame years ago, Angel couldn’t be happier about his son wanting the car. That doesn’t mean Senior isn’t going to thoroughly enjoy the AE86 before Junior runs off with the keys, though. Together they’ve taken the car to many different destinations across the US, sometimes to show it and other times just to drive it.

As the world at large tries to put our fossil-fueled dinosaurs out to pasture, passing the torch from one generation to another is the only way we’re going to keep this hobby alive.

Based on his contributions from the background of my phone interview, I can already tell Angel Jr. is well on his way to AE86 obsession. But unlike his father, it doesn’t sound like he’s going to need to go through 10 before he finds the perfect example. 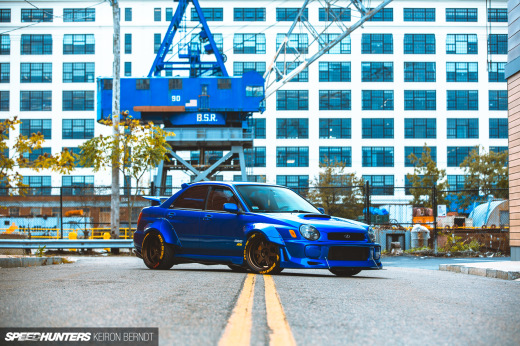 I'm one of the aforementioned 'ae86 owners.'

Angel nailed the aesthenic on this one. I wonder if he prefers the look of the ae101 cam cover (different from ae111), or if this is actually a 'silver top' painted black?

its a black top reason for the silver top covers,is cause it was easier to make the hole for the dizzy relocation,and the detail of chrome emblem,and beeing able to paint letters looking kind of chrome..

Good man. I like your style. I considered doing the same on my bt swap (ending up with cop). the circle thingies on st cam cover are a better template - for cutting a hole - to accommodate dizzy relocation

This is truly brilliant, Angel! Love how you kept the GT-S side decals when most owners ditch it when they change the car's looks to JDM spec.

You're comparing two completely different cars based on torque. The AE86 doesn't only look better, I dare to say that is better balanced, more fun BY MILES, and since you mentioned daily use that toyota will start and take you to work everyday for the next 30 year without a problem something that that little french crap box would never do not even in it's wildest dreams. Last, like some else said in the comments "you either get it or you don't. You don't".

You either get it or you don't. You dont

I hope you've got your flame suit on, James! haha

Well for one Pugs are not really the easiest thing to get in North America. And two you mentioned fwd.

I did not say in North America. I did say when I was stationed in Dubai. After all most people own cars for their daily driving and very few can afford one car dedicated for the race track. All I want to point out is day to day driving, 206 GTi is better than the Naturally aspirated AE86. Try downshifting and upshifting in heavy Houston traffic, NO FUN.

I definitely agree James! People should not be allowed to enjoy different types of cars for different reasons, horsepower defines a car and everyone should own a Peugeot 206.

Use common sense if you have any. What you said is the opposite of my comment where I stated that torque is more important than outright horsepower in day to day traffic. Your sarcastic post needs to go back to the oven for more baking time.

Are you seriously making this comparison? Seriously? A 13 year younger car? Besides the fact that they are completely different? Come on.

Great build and photography, what color is that BTW?

thanks is dupont chromabase 674k

BEAUTY BUT A PAIN TO DRIVE AS YOU HAVE TO CONTINUOUSLY DOWNSHIFT. TO ME THAT NULLIFIES THE GOOD LOOK. THEY MUST BE BALANCE. TORQUE IS MORE IMPORTANT THAN HORSEPOWER IN DAILY DRIVING

Bro you sure it was an ae86,like not an single cam ae85 they both look nearly same to the untrained eye.plus you car is much youger then an ae86.i never owned an ae86 but as much as other people have told me ae86 is a good daily driver.the lightness of the chassis the firm and responsive suspension and good reliablity is what made the ae86 so sought after. Nothing is all about torque.so pls mate

I identify with and love everything about this. It is what keeps the spirit alive. Great job SH and Angel.

".....he’s only slightly ashamed to admit that at one point it looked very, very different. Imagine more Fast and the Furious, and less JDM Option magazine."

I actually want to know the Fast and Furious mods on this AE86 lol, it's awesome to see the car has been through a few modification style before this one.

ex-86 owner and I will ALWAYS have a longing for another one... someday...

Well that was a real pleasure to read! Brilliant. Thanks for sharing, Keiron.

I wish I didn't have to sell my ae85 years ago

The dumbest thing I've ever done was selling my most recent 86. I need another. This one is gorgeous. Definitely family heirloom status.

Dream car. I would love to own an 86 one day. I Germany, we only got the coupes though, which i dont really like the look of. the only 86 i ever saw in person was at a drift event at the Nürburgring two years ago.

The ONLY way to get my dram car in the states would be to buy and fix someone's messed up work. I've hunted for a while and all I found was ones chopped, cut and molested to no end.
Gotta do what I gotta do I guess.