When I was a kid, growing up in Britain meant car culture was all about Renault 5 GT Turbos, Cosworths, Vauxhall Novas and Golf GTIs.

I’d religiously read Max Power, Mini World, Fast Car and Revs magazine. To some these were UK magazines, but to me they were a way of putting off homework and immersing myself in a dream world. There was no Facebook, car forums or weird people on Instagram who lose their minds about Khyzyl Saleem ‘ruining’ a Pagani via the medium of a render.

But Khyzyl’s work makes me want to build more cars; I love this whacky flow of virtual reality.

Back in the ’90s, you had to buy magazines and use your imagination. I used to build cars in my head to help me go to sleep. I’d write lists of the parts I’d run on my ‘next’ build. Sometimes I’d have terrible thoughts and hope that one day I’d be able to afford a turbocharged CR-X Del Sol.

We all make mistakes, right?

The Kyza’s brain must be a wild place to be, all those pixels, car parts and ideas spinning about in his mind 24/7 like some sort of Photoshop, 3DS Max, Keyshot-based software solar system.

It’s good to dream, though, and rendering cars is almost certainly a lot less stressful and cheaper than building them for real. But occasionally these renders become reality.

This time last year Kenwood UK asked Khyzyl if he would be down for coming up with a new look for their Volkswagen Scirocco demo car. While one of Paddy’s shoots a few years back was very much the inspiration for the design, this render is the result.

The other day I had the pleasure of heading to London’s Brick Lane for a bagel and a donut with Khyzyl, whilst he shot these photos of his vision in real life. I know the Scirocco never made it to the United States, so perhaps this looks even more like a concept if you live across the pond in the US.

So, what car do you want to build next? 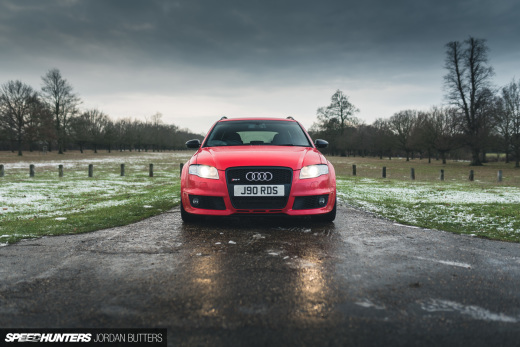 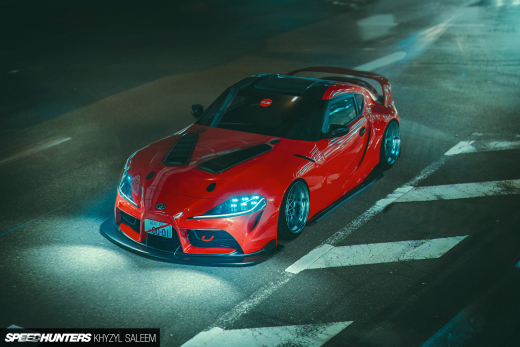 The Future Of The New Supra 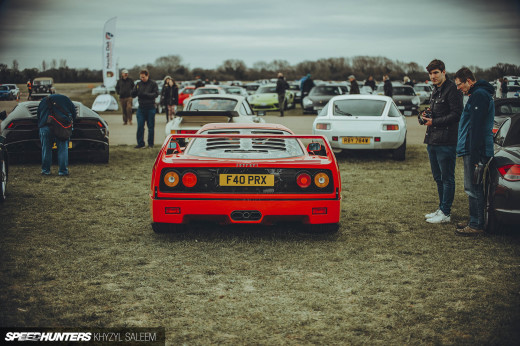 Fear Not: You Are Missing Out

The first photo is excellent. One of the best I've seen in my life. The warm red. Wow.

If I had my way I'd be building a track spec Cayman, lusting after Ryan's for so long has given me an urge for a Porsche fix, however its likely to remain a pipe dream for a couple of years so I'l be extending my Puma's tenure as my track toy!
Can't wait to see some progress pics of the M3 Ben, it sounds like its going to be a monster!!

Cheers Jay! And yes, Ryan's Cayman was a good bit of kit.

I've been fantasizing about picking up a 987.2 myself and making a GT4-inspired track/canyon monster out of it. Prices aren't THAT bad still, but they're not quite 987.1 yet. I'm waiting, and hoping the switch to four-cylinders in the new ones doesn't jack the prices of the old ones back up...

Sounds very Back to the Future!

Don't know, got a complete bnr32 with a rotten shell, have to do something with the running gear instead of selling it!

Where do you live? Is the floor ok? Ive got an idea..

Sweden! Can travel to germany/england etc if there is a good enough deal...
Floor is, there, but far from great. Need new frame rails and a-pillars/door mounting rails among other things.

Actually, I'd be quite happy to own a turbocharged CRX Del Sol.

Haha. I think I am over that dream. At least, I hope I am!

having basically had my entire engine plans laid into my lap with the BB project, probably gonna go turbo on the 1nz in my engine bay, and see if i can drop a few pounds somewhere with some carbon bits so i can close the gaps on my car.


been looking around on ebay the M25 AR 48 is off a nissan, and they can be found for cheap since 300zx cars basically break all the time.

the aria pistons are affordable 4 for 548, APR stuff is affordable, the BC rods are 450, the valvesprings are 255, and the studs are 275, its basically honda cheap to do the work on my motor and get the same performance pound for pound. its like honda cheap, suprisingly

I tried to poke wald to get them do a black bison kit for my car, so far no luck.

i sure hope that Khyzyl takes all the out rage over his renders as a compliment to his process. I only skimmed through some of the comments but it seems that most of the hate is from people who think that it was a real car and not a render. If people are really raging over a render then their opinions really are not worth the bits used to store them.

A lot of people get upset that Khyzyl has cut up a real McLaren F1 or whatever. It's quite hilarious to watch the comments section on his work.

About to finish my Render To Reality M35 Stagea w/ R35 GTR front end conversion and widebody kit. Had it out the shed in one iteration 2 yrs ago but needed a better finish, a bespoke rear bumper and so on so it was under the knife again. Ive got a set of aimgain style overfenders done too for the sake of it. Hopefully done and painted in the next couple of months.

Currently working on a 1967 mustang. I am going to give it a trans am style car, with about 400bhp in tap. Its gonna be wicked.

So are these renders or real photos? It’s so impossible to tell, this guy is so good

Rwd converting my 4 door bd mazda glc. Been a dream of mine for years and finally starting it this summer

Sounds great. What motor are you going to run?

Not set on that yet. I have alot of fab work to get the miata front and rear subframes to mount to my glc, matter of prioritizing right now. If I had to pick right now I'd say a 13b turbo or non, Maybe a 1uzfe. Maybe in time I'll be featured on here