Another option would be 40 Mercury Cougars or 70 Ford Mustangs, but I don’t think you’d even want one of either in 1986. So how about a dozen brand new Ferraris? No, the right thing to do would be to buy a home, maybe a couple decent cars, and invest the rest in your retirement. Something reasonable.

But this is not a car for reasonable people. This is a car for people who are batshit crazy.

If the styling wasn’t a red flag, the fact that Gemballa was charging today’s equivalent of US$1.4 million for a modified 930 Turbo in the ’80s should be. Still, if this isn’t enough to make you question the car, consider that certain ones were supposably (it’s a word in Miami) shipped around the world with ludicrous amounts of cash stuffed into the door panels.

At this point, we’re talking millions, not hundreds of thousands. By 2010, Uwe Gemballa’s questionable behavior outside his questionable cars finally caught up to him – he was found murdered in South Africa.

Still, the legitimate side of Gemballa lives on today through wild creations which include cars based on the likes of the Porsche 997, 991, and even the McLaren MP4-12C.

While these new builds are all well and nice, the car that epitomizes the madman himself has to be this 930 Turbo-based Gemballa Avalanche I found at Real Muscle Car Miami, a collector shop with a penchant for rare Porsches.

I haven’t a clue how many of these were made, but it’s a Porsche that doesn’t add up in any way. It’s absolutely ludicrous, especially for 1986. Or even the ’90s, when Biggie Smalls was rapping about more serious things like participating in intercourse while smoking a blunt in a hot tub.

Regardless of the year, you would have to be out of your mind to get one. Although, if I had the money, I definitely would have handed it over to Mr. Gemballa. But hold the extra cash in the doors, please. 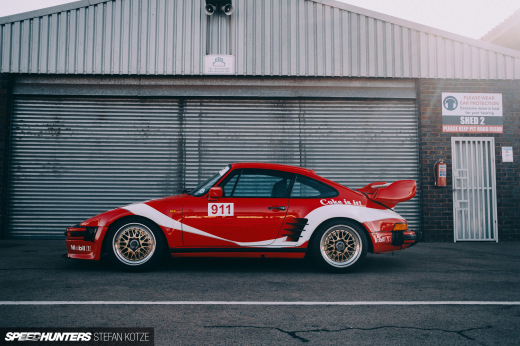 Over the previous year, in various articles, I learned that local garages and shops aren't complete without the casual doggo, so I figured it'd be a cool idea if there was an article dedicated to those garage and shop doggos, eh? Doesn't that sound great?

Always room for a shop doggo!
I tried it for a day with mine but it was a dirty shop...and a previously clean white doggo haha.

I'd rather the 86 mustang, could actually enjoy driving it.
The story of Gemballa was interesting, would like to know more.

I was thinking the same thing. '86 mustang for me too please

Only because the Competition Evolution wasn't out yet.

IMO, I think this Porsche is a better embodiment of Miami than the Testa from Vice City

I'd like to participate in intercourse and smoke a blunt in this car, nvm a hottub.

This car is a hot tub 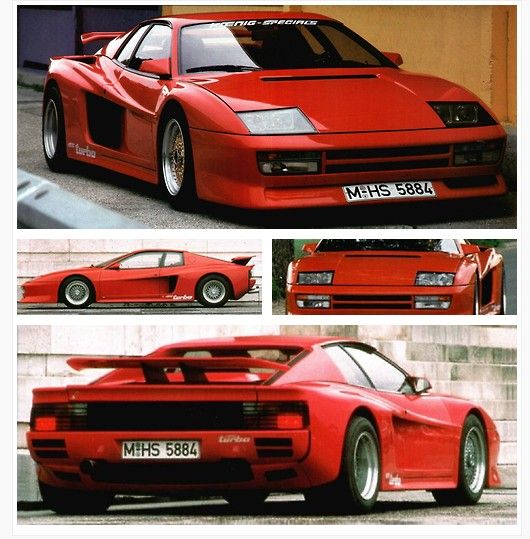 HAHAHA at the Miami words part! I'm sure you've heard Latinas there say "Oh my gah, like leeterly" Literally=Leeterly. Miami is a place where even the american-born Latin people can't speak English or Spanish well at all. Spanglish all day baby!

Assuming I didnt spend it all on cocaine I would probably spend some of it on cocaine then buy a white on white F40 and a leisure suit to match.

Cocaine is a helluva drug

There's a mirror in the glove box...

Madness is what this car is, and lets be honest sanity is overrated anyway.

Please tell me you have a spotlight on that sweet silver NSX, it looks so good

The back up cameras make me fear for what bowl of spaghetti may or may not lay behind the dash.

Among other logistical thoughts of such an old in car camera system. Absolutely wild.

Its 1986 and I have a half mil? I'd invest it and buy way more cars with the proceeds