Last year, we gave Miata connoisseur, car designer and 1/18th scale model car customizer, Chris Lee a visit. We first looked at his massive collection in its entirety, which you can see here. We then took a look at a couple of his creations in detail, which can be seen here. Since that visit, he has had a few new additions to the collection so I thought I’d give him another visit and see what sort of scale model customizing Chris has been up to.

Chris has five new custom models and on this first part, I’m going to look at two of those.

The first one being this beautiful orange 1973 Porsche Carrera 2.7 RS which was originally a Autoart car. Since coming out of its box, it has received the full Chris Lee treatment.

There is no insane inspired RWB widebody kit here. The original Fuchs which were widened with a deeper lip and has been made to tuck a bit of tire into the original metal fender. Clean, classic and to some, possibly sacrilege. But hey, it’s a just a simple scale model!

The original 2.7L engine has been modified with custom made set of ITBs…

…and equal length headers which have been meticulously heat-wrapped. I can’t even begin to fathom the amount of patience it must have taken to wrap the headers and exhaust!

The interior saw the stock seats swapped out for a pair of Recaro racing buckets.

The overall package of Chris’ modifications added up to be a Porsche with added flare and elegance.

Before it went under the Chris’ modification knife, it started off its life as a 1/18th AUTOart scale model.

The engine that originally came with the model was ripped out and replaced with an RB26 from R32 GT-R.

And instead of a turbocharged RB26, it’s been converted to be naturally aspirated with set of custom made individual throttle bodies and custom made equal length headers.

To fill those rear flares, he widened a set of Watanabe Type R style wheels.

To finish out the exterior he decorated the car with 80’s and 90’s style stickers from Option magazine.

The Porsche saw both of its seats swapped out for a racing bucket, but for the Skyline, Chris decided to go for that street drift style with only the driver side seeing a racing seat. It even is complete with a four-point harness!

The fully finished car looks absolutely stunning. The Potenza logo on the tires really help set the car off.

By now, DR30s are collectors items and few would ever do this to one of these rare Skylines in real life. Luckily, there are scale model customizers like Chris to put together creations we’d all love to see in a full sized car.

In the next post, we’ll see the other three models that have just been added to his collection! 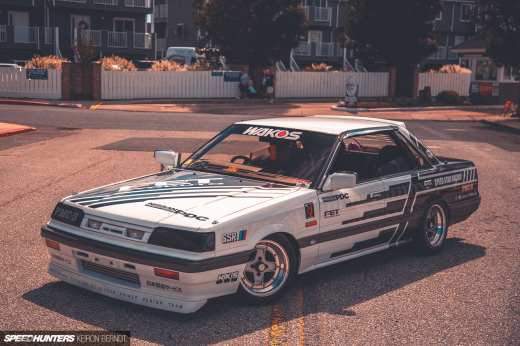 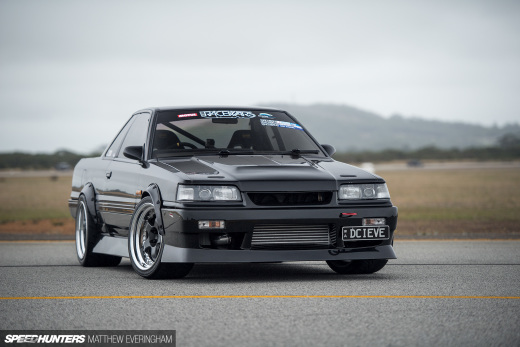 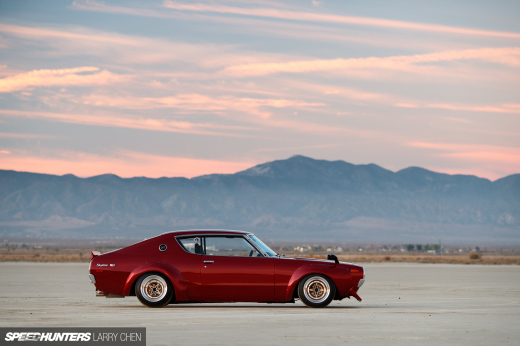 where can our get these model cars from

Pretty sure it's an R31. And a gorgeous looking one too, exactly how I'd have mine. In real life, of course!

I would some information on we're I can get these kits

@Main-These models are from the manufacturer AUTOArt. They produce many different model cars, some in 1:18 scale, some in 1:12, and others in 1:43 scale.

Just for the record, thats an Iron Mask R30 Skyline, not an R31.

More frequent updates on this guy's creations are a must! I remember when the overview of his collection was uploaded and I was instantly blown away and craved more!

Thats Definetly not a R31

"hey, it's a just a simple scale model!" sums it up perfectly

No corners were cut in making this kit. Impressive to say the least.

VERY NICE! as to these cars being collectors items and not being this modified in real life, i'm not so sure. when i lived in Japan i don't think i ever saw a stock R30 of any type. or any other "classic" JDM only sports car. all had at a minimum, engine tweaks, were lowered, and rims of some type.

Wait weres the drive shaft on the porsche

I think the drive shafts had to be modified or removed in order to lower the car, since the model drive shafts dont at the joints like how real drive shafts would if a car was lowered.