So another year comes and goes and still the magic 10 minute barrier at Pikes Peak remains. Nobuhiro Tajima in his 884 bhp, 2.7-litre turbo V6 powered Suzuki SX4 set a time of 10 min 15 seconds to take overall victory this past weekend, but fell short of his 2007 record time of 10:01.408. Although you need perfect weather conditions to break records at Pikes Peak, Tajima now seems to be his own best competition, and hasn't been able to replicate his previous year's performances. Although it took him many years of trying to take the overall Pikes Peak record,  he now faces a his biggest challenge yet: beating his own record.

This was a challenge that saw off the previous King of the Mountain, Rod Millen and his high tech Toyota hill climb specials.

In 1994 Rod showed up at Pikes Peak with a tube chassis, carbon bodied Celica silhouette. The event had previously been dominated by hotted up Group B rally cars, but nothing like this Toyota had ever been seen previously on the mountain. Developing a heady 850 bhp, the AWD ground effects car thundered up the all dirt 12.42 mile, 156-turn road and obliterated the overall record with a time of 10:04.06. It was an astonishing 40 seconds faster than the previous record.

And that was that… this time stood as the overall record for an incredible 13 years.

What is even more amazing is that this run was set on an all dirt road. There were no paved sections back then as there are today.

This fact makes Millen's 1994 record seem all the more spectacular. Perhaps he just needs to brush the dust off the Celica and bring it out to take on Tajima's Suzuki.

Have a look at where Rod Millen is sitting… he's at the back of the car like a drag racing funny car. So this gives us an indicaton where the engine is placed – inside the cockpit area! Also notice that the body is a single piece of carbon fiber… again similar to a funny car.

Power comes from a TRD 2.1 L, 4-cyl, turbo developing 850 HP with 1,100
lb-ft of torque sourced from the
AAR IMSA GTP Eagles.This is the same engine which was used in the JGTC Supras at the time too.

AAR Toyota Eagles GTPs were one of the first race cars to perfect the use of the front underfloor diffuser. This technology was also utilized on the Celica with both front and rear underfloor venturi tunnels suctioning the car down onto the dirt surface. This caused huge dust rooster-tails to be kicked up behind the Toyota… a similar effect to a F1 can running in the wet.

For 1998 he debuted a new machine: this mid engined Toyota Tacoma.

It was designed as an evolution from the Celica with evolved suspension geometry, engine tuning, drivetrain, structural stiffness/weight, and aerodynamics. Looking at this photo, it looks like a truck themed Group C car more than anything else.

Power and weight were identical to the Celica.

The goal with the Tacoma project was to break the 10 minute barrier.

But the car never managed to better Millen's 1994 record in both 1998 and 1999 in spite of winning the event both years.

So what now for the 10 minute barrier? It seems like a bit of an impenetratable wall for the moment, but I'm sure someone will build a car that will decimate this long standing record. For now all we can do is cast a happy eye on these photos and appreciate this last bastion of unlimited class racing. 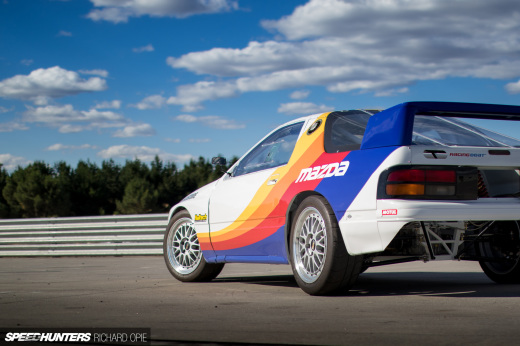 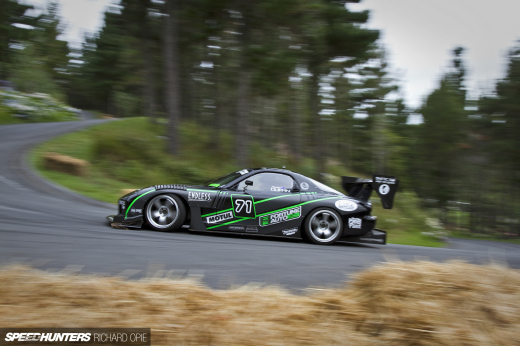 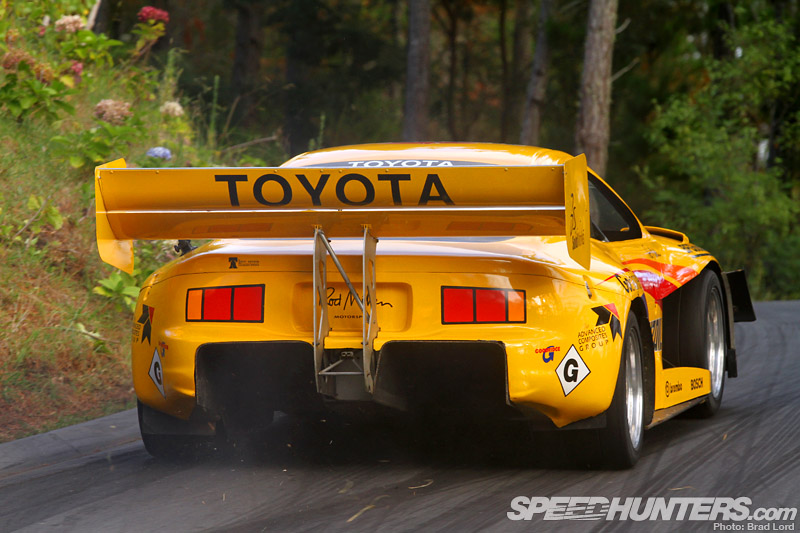 The Machines Of Leadfoot

I think it´s very bad, that they paved some part of the mountain.

Now nobody can ever beat Millens record at same conditons, but it´s still a hell ride up to the clouds^^

Amazing writeup and pictures! Thank you. I sometimes still watch that video of the Tacoma running down the Goodwood FOS stage... it never gets old

Amazing machines, great stuff SpeedHunters ... I remember playing with those in Rallisport Challenge 2, it was great fun!

Actually i believe rod millen is the father of rhys millen.

As I see it the course will be very hard to set records on now, Because the first section is seal, the tires over heat and by the time you get to the dirt, when you really need the tires to work properly, they are ruined

Rod does pretty good whenever hes in the baja...and a couple few years ago i saw him drifting an rx8. Id like to see him become involved in pikes peak again.....perhaps his son running it will re-spark his obsession with this mountain.

I remember watching that tacoma on TV when they where showing the hill climb and that thing is to godlike.

It's too bad there isn't much action footage of the Celica and Tacoma from Pikes (only the odd 10-15 sec clips floating around) Their exhibition runs at Goodwood Festival of Speed were impressive too!

It was just announced that Rod will be back at Pikes Peak this year in the Celica for the 100th anniversary!
Can't wait to see it run!