It is the 30th Anniversary of the BMW M1 supercar this year and BMW are marking the occasion in a number of ways.

The BMW M1 'Procar' will return to the track this weekend, when a one-off race takes place at the German Grand Prix, at Hockhenheim. It gives us a great opportunity to go back in time and look at the first M-Power car.

The BMW M1 was inspired by the Giorgio Giugiaro designed 'BMW Turbo' concept car from 1972. The original concept was very advanced for its time, so this required BMW to redesign the car for limited production. BMW entered into a partnership with Lamborghini to design, engineer and later build the cars, under close scrutiny from Germany.  A minimum of 400 chassis would be produced, so that BMW could replace their racing 3.0 CSL and go after Porsche in World Sportscar racing. 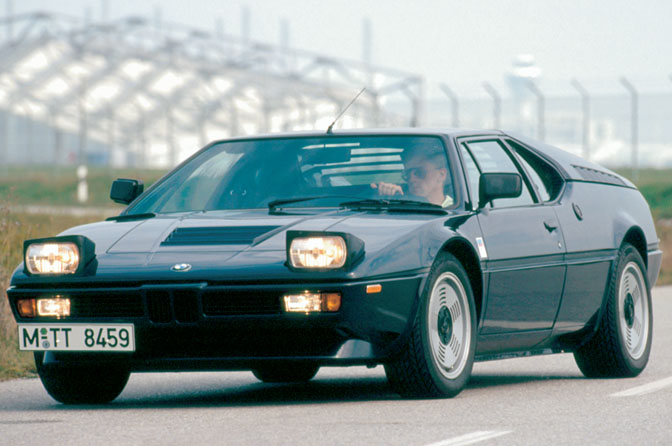 However, Lamborghini were in financial trouble and after the first few badly built prototypes were completed, BMW took the project away from Lamborghini. Revised production would consist of Marchesi building the chassis in Italy. Ital Design would also build and fit the bodywork to the cars before they were transported to Bauer in Germany, who would finish the car. Not very efficient! 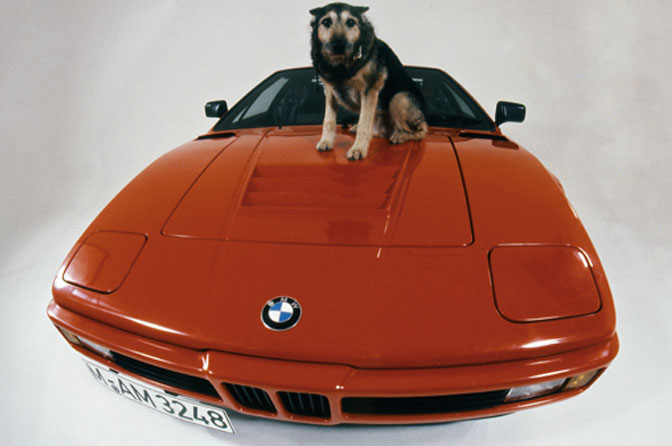 The styling was clean, but very 70's, just as this BMW press image above!

While the M1 had the trademark BMW kidney grilles (much smaller in the 70's), there wasn't much else that shouted BMW. It was a very elegant design, with a black horizontal line running the length of the car, similar to the Ferrari 308 GTB. Large dished Alloy wheels, by Campagnolo were unique to the M1. A distinctive (and then in fashion) black slatted panel covered the rear window on the engine cover. Unusually, two BMW badges were fixed on the rear corners of the hatch, just above the rear lights, which were borrowed from a BMW 6 series. 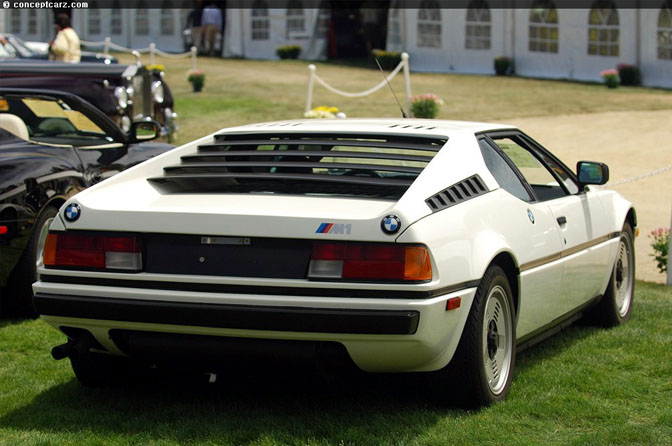 The M1 was mid-engined and was powered by the same 3.5 Litre 6 cylinder in line, later seen in the first generation of M5. The production car produced 277bhp with a top speed of 162 mph. Not bad for 1978!

A total of 456 cars were built over a three year period. The project was fraught with delays and problems and at the time, many thought it was a mistake. However, the M1 is now seen as a modern-day classic, helped by its racing heritage.

The original plan was to race the BMW M1 in the World Sportscar racing. However, with delays at Lamborghini and Bauer, BMW were behind schedule when the homologation numbers were increased by the FiA. BMW decided that they would start a one make race series for the  Group 4 spec M1 racecar. The race cars started life at Burer and  were built up by Italian constructor, Osella, and two British companies, BS Fabrication (which Bernie Ecclestone was involved with)  and Project Four, the company, owned by Ron Dennis, who would buy a majority stake of McLaren in 1980.

The cars featured a typical Group 4 bodykit with deep spoiler, wide arch kit and rear spoiler. The stock engine had been extensively modified, increasing its output by almost 200bhp to 470bhp! Race car  brakes, suspension and roll cage were also unique to the race car.

The cars were great to watch. Wide low body power-sliding around corners. According to Marc Surer, a Formula 2 driver at the time, the car was an animal!

Jochen Neerpasch, then head of BMW Motorsport GmbH worked with Bernie Eccleston and the infamous(!) Max Mosley (then, head of Formula 1 Constructors Association) to develop the one make race series, 'Procar', which would support a number of Formula 1 Grand Prix.  Unlike most race-series, five of the cars would be piloted by the F1 fastest drivers from Friday Practice. To ensure no driver refused to take part, they were then given the first five slots on the grid!

Politics made this a little more complicated as Michelin (Renault and Ferrari) would not allow there drivers to compete on Goodyear rubber.  The remaining drivers (which sometimes included F1 drivers outisde of the top 5) battled with the F1 drivers for extra bonus points and more importantly prize money!

The F1 superstars racecars were prepared by BMW Motorsport, while the remaining cars were mainly GT, Touring or Formula 2 teams of the day, such as TWR, Schnitzer Motorsport, Team Konrad, Eggenberger and the aforementioned Project Four. The debut season consisted of 8 events at European Grand Prix. The Formula 1 drivers dominated the series, with Niki Lauda taking the title in 1979.

1980 saw some small changes to the regulations. The automatic five grid positions for F1 drivers were dropped and the BMW Motorsport entries were fielded by the same drivers at each race (although aditional F1 drivers such as Mario Andretti and Alain Prost also took part).

Unfortunately this was to be the last season for Procar as BMW Motorsport focused its efforts on their Turbocharged Formula 1 engine which would take 1980 champion, Nelson Piquet to the F1 Championship in 1983. Nelson had a disadvantage in that not all the rounds took place at Grand Prix Weekends.

It was a very special, if short lived series and its a real shame there isn't anything like this today. Can you imagine Hamilton, Alonso and Raikkonen battling it out in sportscars around Monaco, a few hours before a Grand Prix today?

Although Procar had ended at the end of 1980, BMW had now produced enough chassis for the M1 to compete in various racing series around the world. Although its time had passed, a number of teams ran the chasiss with limited success.

Many cars were upgraded to Group 5 spec with wild bodykits. A number of cars also ran at Le Mans.

Back to today and the M1 Procar event this weekend will feature 10 of these cars, piloted by several drivers from the original series including Marc Surer, Jacques Laffite, Dieter Quester and Christian Danner. In addition, Jochen Neerpasch will also compete in the famous Andy Warhol 'Art Car', which took part at Le Mans.

The success of the race series marked the M1's place in history. An exercise which was fraught with Politics, bankruptcy and missed targets, saw to one of the most exciting race series in the 70's but also, the birth of M Power.

Next week, we will look at the modern day interpretation of the M1, with BMW's 30th Anniversary concept car.

BMW Documentary on the BMW M1

Please some manufacturer start another series such as this, would make a great bonus at F1 events!

bobberz - I doubt you would ever get the likes of McLaren, Renault and Ferrari allowing their drivers to take part. Nearest thing would be the ' Race of Champions'

Didn't they use these for Rallying too?

If you've lived in Bayern, you'll understand about the dog!

Antonio, I think your portfolio as well as mine and any other photographer for that matter, would truly benefit by getting more studio shots of coyote-looking dogs on the hood of expensive vehicles. Props to whoever shot that one hahaha