So many cars stood out to me for all the right reasons at Indonesia’s Kustomfest this year, but for this spotlight I’m going to concentrate on five extra special builds.

These two W108 Mercedes-Benz 300 SLs immediately grabbed my attention on entering the venue, so I grabbed a few shots right then and there.

There is something so right about big Benz sedans from the ’70s, slammed on nice wheels with an appropriate offset.

The dark grey car was sitting on AMG Penta wheels, or at least a take on them as this set was sporting two-piece construction and polished lips.

While the denomination for the W108 (and longer wheelbase W109) was always 300 SEL, the other numbers across the trunk lid hinted at what engine was sitting up front. For both of these cars, the ‘3.5’ is a sign they’re each powered by the smaller M116 V8 unit.

The light blue 300 SEL was running BBS mesh wheels with plenty of lip, lots of shine and a stance to die for. It’s proof that you really don’t need much to make any car sit right and look the part.

Onto my favorite build at Kustomfest this year, this pocket-sized Hillman Imp.

The Scottish-built Imp was designed as an ultra-compact, practical and economical car, something that made it quite a unique automobile in the ’60s. It was the first British car to have a rear-mounted engine powering the rear wheels, which by design provided plenty of luggage space in the trunk up front.

It also had a lift up rear window, which provided easy access to extra luggage space behind the rear seats.

It is what’s in the engine compartment that makes this particular Imp extra special though.

You see, the owner and builder of this car, who runs an automotive shop in Yogyakarta, ditched the factory-fitted, liquid-cooled 875cc 4-cylinder engine and transaxle in favor of a complete 1.6L flat-four powertrain from a Porsche 912. On top of that – or rather to the engine’s side – a supercharger force-feeds the air-cooled lump for a nice little boost in power. How much power exactly the owner isn’t quite sure, as he only just completed the build in time for the show.

I was really drawn to the compact dimensions of the Imp, its spartan cabin, and the RR layout. I guess it’s no surprise that this model was a popular rally base back in the day. Lift-off oversteer into every corner, anyone?

The wheel fitment was on point too, so I ended up choosing the Imp for the ‘Speedhunters Pick’ award at Kustomfest 2022.

Finally, it’s another interesting pair, this time of the VW Transporter variety.

The Porsche race support vehicle theme sucked me right in, and I instantly started imagining what it would be like to have something like this back home in Tokyo. There’s something very cool about adding a few little Porsche-style touches to a VW van, Fuchs wheels in the case of the first build.

Check out how the bed was finished. I’d be scared to carry anything in the back in case it scratched up the oiled teak wood strips.

The 5/6 seater twin-cab variant alongside is what really got me salivating. I love the functional fitment of the BBS rims, and the fact that the bed has a canopy over it.

Now anything you carry in the back stays dry. This thing would make for a great family cruiser to hit up weekend events in.

That concludes my coverage from Kustomfest 2022. I’ll be back next year, hopefully with a bit more time in Yogyakarta so I can do some Speedhunting outside of the event. There are shops and cars that definitely need to be featured… 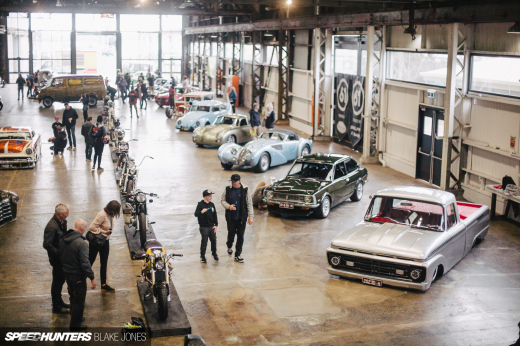 SIX ONE: Take The Leap & Build It 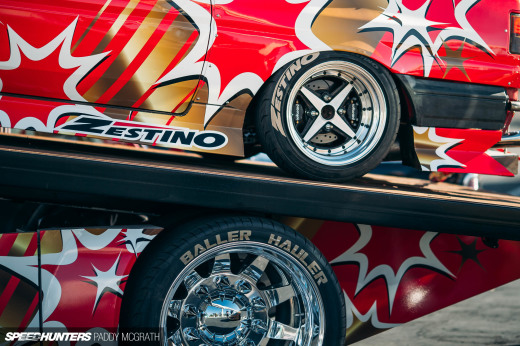 What's insane about those old tanks is how well they were built and how every material has lasted for 50 years. I think in a few centuries these cars will be the only things that wont rot away lol

All five are excellent choices.

None of their builders just bolted on dunsels (decorative but useless embellishments) and that screamed, "Hey- look at me!"
Instead, they exercised some restraint- they followed a theme with appropriate wheels, a bit of lowering, high-quality but understated paint, and some attention to detail.
We should all take a lesson from them. I certainly have.

Yep it's the old "simple is best" approach. So easy to say yet to hard to actually do.

I'm a simp for that imp

this is the 2nd time i see an Imp (the 1st was a couple of years ago while watching some hillclimb on youtube) and even if the are executed in very different ways they did put a big smile on my face on both occasions.
I'm a huge fan of small commuters, these funky little creations hit me in the center of my soul in a positive way.

Small commuters with engine swaps! I wonder if something bigger fits! Wheelies may be possible!

a couple of smart-busa are doing it so in the case of an Imp with the engine hanging behind the rear axle wheelies will definitely happen.

That Hillman Imp takes it for me as well. So clean and really no wild mods just the engine which I'm sure only helps. Hopefully we can find out the HP number on that Imp at some point.

Classic Benz's are my favorite ones! That Imp is one of the stars of the show (imo). VW Transporters (and Buses) are on the dream car list. Thank you for this more in-depth look. Nice to log in on a mini vacation and see this post!

OK, that's an unexpected engine choice for the Imp. I would personally go with a Cosworth straight-4 to keep its UK roots.

That would be a tight fit. The original 875cc Coventry Climax engine was tilted 45 degrees to make it fit in the Imp. I know a Sunbeam Stiletto in Finland with 4AGE in the back but that's a highly modified rally sprint car.

I giggled when I saw the Imp's engine because it sat next to a Porsche replica with no Porsche engine (cmiiw). I spent most of my time there looking at the Imp and the Benzes