Growing up, one of my absolute favourite movies was Little Giants. Fellow Canadian Rick Moranis is a brilliant actor, and in this film his character, Danny, drove a go-kart on public roads. As a child, there was no better fantasy.

Sometime around the movie’s climax, the underdogs try to intimidate their opponents by putting antacid pills in their mouths to make them seem rabid and deranged. If you think about the scene for too long, it’s ridiculous, but I couldn’t shake it when sitting down to write this Project 51 update.

My lowly ’51 GMC, going up against the insane offensive lineup of the current Speedhunters Garage: Blake’s NSX, Dino’s Porsche, Ben’s 190E 2.3-16 and whatever car-shaped fire is currently engulfing Mark‘s wallet, all seem much more impressive than my collection of parts. But if ’90s sports movies have taught me anything, it’s that everyone loves a good underdog story.

It’s been over a year since I’ve mentioned Project 51, and that wasn’t intentional. It’s just something that happened as I got lost in the garage. Being able to escape in the garage has proven irreplaceable as the world –or at least the province of Ontario– continues to spiral.

As a brief recap, my end goal with ’51’ is a bagged and LS V8-powered family cruiser. When we last left, it looked like this.

My 2020 update focused on the importance of keeping yourself motivated while navigating unfamiliar waters. Truth be told, I needed to write that post to prepare myself for what came next: Paint and body.

I wholeheartedly salute those who do paint and body for a living. It’s a downright messy, tedious job that most don’t have the patience for. Even though I took a shortcut through the process by building a truck that’s mostly patina, I spent a considerable amount of time living in filler dust.

All those hours spent sanding amounted to a final product that looks like I did nothing. This is what I wanted of course, but it made me feel like a drinking bird toy – lots of movement with no real result.

Matching any paint is a difficult task, but matching patina is more art than precision. Unfortunately, I’m not a master at either. Achieving the look I wanted required an extensive number of products. Some were meant for the job, but a few were not.

Again, salute to the body men and women out there. Not only is it dirty work, it’s expensive too. The photo above is a small representation of the products used.

Yep, I used rattle cans, and rather liberally I might add.

While I do have a sadistic goal of one day properly painting a vehicle, Project 51 isn’t the one.

Once I finished painting the patch panels and door jambs, I threw in the towel. The level of quality I desired for the rest of the truck needed a pro’s touch, so I sent the cab a few intersections up the road to a local painter’s backyard. This was the first time the cab had left my garage in three or so years, and it was pretty nerve-wracking to have such a large part gone for several months.

The term ‘Paint Jail’ doesn’t exist without reason. I was keen to stay out of the penitentiary, so I made sure to bug the painter just enough to keep things moving.

Originally, I planned to have just the firewall and inner fenders painted straight gloss white. The roof would get white too, but with a bit of flake thrown into the clear.

However, in the name of cohesion, that list grew to include the dash, hinges and inner doors as well.

Getting a vehicle back with a fresh lick of paint is a bit of an indescribable feeling. Especially when it’s something that you’ve been slogging away at for years.

Even my wife, who was skeptical that I should have cut up my firewall, conceded that it looked miles better with the LS Fabrication firewall fillers. Vindication!

Generally, American trucks from the ’50s are little more than tractors with doors, and getting panels to line up at least halfway decent by today’s standards can be a nightmare. Replacing all the seals on the truck, as I did, compounds this issue.

I wouldn’t go back and change this decision though. Now the truck opens and closes like a modern vehicle.

There’s Always More To Do

With the truck back from paint, my to-do list remains in a state of constant flux.

My whiteboard currently represents what needs to be finished before the truck is sent off to be wired and fired. Issy Fab Speed & Engineering will handle that job.

Jeff, Issy Fab’s sole proprietor, built the chassis, so he has a vested interest in seeing this truck on the road. He’s also a good friend, which helps as scope creep is inevitable.

My list included a few more items that needed their colour changed, including my Air Lift Performance air tanks. I had these done in Cerakote, not powder, so a bit of aluminum machining was still visible.

“Organize parts” was a step I should have done a few months prior. Thankfully I have not lost anything, but I did double order a set of cab-to-frame bushings. Oops.

One box that’s spent most of its time in my office contains the gauges I’ll be using. I’m particularly fond of their analog look, however, unlike the stock pieces these gauges are compatible with modern ECUs.

After six years at this, I’ve set my sights set on driving the truck in 2022. I’m not pushing for any particular event or date – it just needs to happen this year.

I think I can do it, and now that I’ve typed it I guess I sort of have to do it. So wish me luck. My son already has with a rather clever Christmas gift.

One way or another, Project 51 is going to be more than just a garage ornament before the year is out. 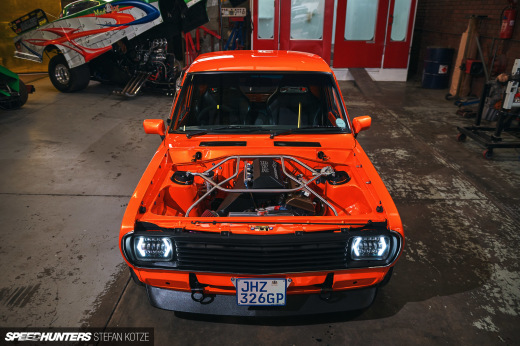 Nice Work!! Very cool how you preserved the patina. I wish I'd had the foresight to do that on my 50 Chevy coupe. Instead, I did the opposite of you and left the top patina'ed and the rest rattlecan flat black. Very relatable on the scope of the project. I look forward to the next installment.

Keeping the patina was debatably more expensive (matching the colors cost me a lot) but I'm glad I did. I need to match the bed though which is going to be a bit of a nightmare.

Any photos of your coupe?

The white contrast with the patina looks awesome. Love following along here and on the Gram. All that RC work was great practice for the big build. Haha! And the gauges are perfect.

I wonder if I should share more rc stuff sometimes...

Thanks for the support!

Looking amazing so far! I now have to add an early GM truck to my list of dream projects. Keep the steam rollin and get that thing moving this year! Hopefully my buddy who has a 57 in similar condition can be inspired by your project to finally finish his too. It's always a bummer for a project to become a garage ornament!

As long as I don't pile things on it, I think it will keep moving forward

Ha! It's even worse when project cars become storage units!

That last photo is awesome

My favorite gift this year

Kids home made presents are the best. I have a watercolour painting of a dragon spewing a rainbow that I always hang in my living room made by my daughter. If there is ever a fire I am grabbing that then the car

Indeed, it's my daily driver. Love it. Somehow managed not to really modify it so it gives me very few troubles.

you have excellent taste … and great discipline!

Ha, kind of. It's mostly got what came off my previous 3 (rear ended).

It's had 3 bumpers on it due to 3 hit and runs so enjoys a bit of rough and tumble existence but it's really fun to drive.

Thinking of replacing it stresses me out. 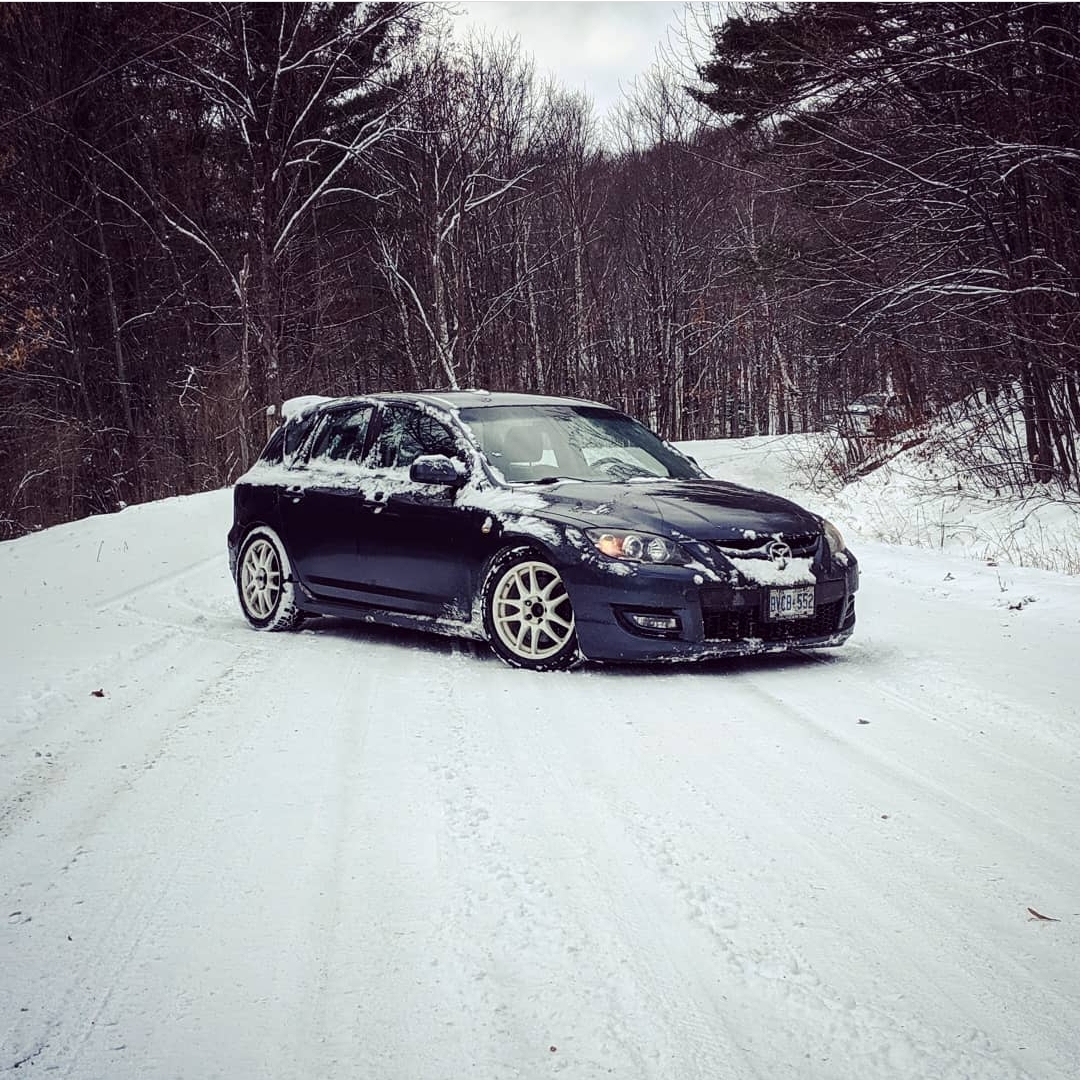 This truck is so rad! Can't wait to see this thing do some rips on the street!

Thank you, I can't wait to cruise with the fam.

The truck is awesome!
Don't get too discouraged by slow progress. Sometimes other things- kids' soccer matches, spouse's honey-do-list, job, church, mowing the lawn, saving for kids' college, etc. take priority. I've been slowly progressing on my Hemi-powered '28 Ford Tudor for almost 15 years, but finally, the end is in sight.

Nice! Yeah, my summers are ususally devoted to my son (and I) racing BMX but I do manage to squeak some time out between 9pm and 'I should really be in bed by now' o clock

Truer words have never been spoken. As a father of a few little ones and an owner of a couple of project cars, one of which is currently in "paint jail" haha. Any progress is made on the machines after the kid's bedtime. It's also winter here in the northeast so If I don't remember to fire up my wood stove in the garage right after dinner, I lose the desire to work in a 20 degree garage as it slowly warms to a bearable temperature.

Press on with your project, eking out the hours in the little time free-time you have will make it's completion that much sweeter.. and know there are quite a few of us crazy bast**** out there alongside you in spirit!

I wish I had a stove. I plan around not too cold days for now. I also have to try and strategically plan the "loud" days for the sake of the family and neighbors.

All part of it though! Thanks for the support

Look forward to seeing it finished!