When you think of an old Toyota Cressida, what will likely not come to mind is a 2JZ-powered burnout machine and 10-second quarter mile passes. But this is exactly what Natie Booysen’s X73 is all about.

Most people don’t give Natie’s 1990 Cressida 2.4 GLE a second glance when they see it, such is the stock-like nature of the bodywork. But you only have to catch sight of the huge rear tires and full roll cage to know that this old cruiser is now a little different than the day it left a South African Toyota factory almost 30 years ago.

You might be wondering why someone would put so more effort into a Cressida, especially given that performance was not something Toyota’s designers had at the top of their minds when designing the model. But Natie had a good reason to go all-out – the car had been with him since he was a child when it was affectionately known as ‘Mom’s Taxi’. Natie’s dad bought the car brand new in 1990, and for many years it took the family on road trips, school trips and grocery runs.

In 2008, Natie purchased the X73 from his father and wasted no time performing heart surgery. He removed the stock 2.4-liter 22R, and swapped in a twin-turbo 1JZ-GTE, which resulted in a nice 300hp daily driver. The Cressida stayed this way for eight years, but when the odometer ticked over 400,000km it was time for a proper refresh.

What that ultimately looked like was a complete nut and bolt rebuild, a process that kept Natie busy for two and a half years.

Keeping the Cressida green and close to its original color was important to Natie, and the final look was achieved by taking the OEM paint code and mixing in a bit of pearl. All the black trims, chrome and headlights (or shall I say headlight) were also refurbished.

On the street, the Toyota runs regular road rubber up front and sticky drag-spec-but-road-legal Mickey Thompson ET Street Rs out back. Natie also has road wheels and tires for the rear that can be swapped over quickly when required.

As you’ll soon see, part of the Toyota’s rebuild involved a new and far more powerful engine, necessitating a serious upgrade of the driveline which up until this point was still Cressida-spec. Natie did it all himself; above you can see him working away on the custom 9-inch rear end which ultimately housed a Strange differential. There’s also a Strange chromoly propshaft and Stange chromoly yokes in the mix.

Rolling slowly down the street the Cressida looks intimidating for sure, but it doesn’t compare to the way it sounds and performs. It’s absolutely brutal, and that’s all thanks to the nuclear powerplant Natie pieced together.

It all starts with a 2JZ-GTE block (non VVT-i) built up with 87mm Arias forged pistons, CP forged connecting rods, Kings main and big end bearings, and Titan main caps. The cylinder head was worked and flowed by the late Soon Redelinghuis, and fitted out with a Supertech valvetrain and 280-degree Kelford cams before being secured with ARP studs.

There’s no shortage of boost thanks to a the simply massive BorgWarner S480 80mm turbocharger sitting on a custom manifold and running a Turbosmart Power-Gate 60 external wastegate. It’s only supplying 1.6bar (23.5psi) right now, but Natie plans to turn it up to at least 2.5bar (36.75psi) in the future.

The S480 is fed air straight through the headlight cutout intake, and that flow ultimately finds its way into the engine via a 100mm throttle body. To satisfy the air supply, there’s an E100-based fuel system featuring a boot-mounted cell, Aeromotive mechanical fuel pump and adjustable pressure regulator, and finally dual fuel rails with six 2,200cc Bosch Motorsport injectors apiece.

Finally, a custom side-exit exhaust gets rid of hot gasses quickly and effectively.

A MoTeC M150 engine management system paired with a MoTeC C127 colour display and MoTeC PDM panel were all chosen for this build for two reasons: ease of tune and safety. Everything was installed and set up by Martin Roets, who is basically Mr. MoTeC in South Africa.

The Cressida’s regular functions, like wipers, lights and even the horn (remembering that it’s road legal after all) are controlled via the PDM. More importantly though, the keypad has active buttons for launch control and anti-lag. Click play above for a sample of that.

Putting all the power to the road would be impossible without the right transmission, and so far the Toyota Hilux GD6 manual gearbox paired with a Quarter Master triple-plate clutch is holding up well. As you can see, Natie likes to give it a good workout whenever the opportunity arises.

Inside, the Cressida’s cabin retains little of its original creature comforts, let alone the back seat where Natie used to sit as a boy. That space is now occupied by part of the extensive roll cage. Sabelt seats and harnesses have been fitted, the stock dash was stripped and recovered with Alcantara, and the door panels have also been reupholstered. Of most importance is the roof-mounted parachute activation handle.

Look closely at the Sabelt steering wheel and you’ll notice a South African 50c coin in the centre, which has a really cool story to it. When Natie was a young boy he lost the coin in the car, and it was only when the entire cabin was stripped out decades later that he found it. He’s kept it as a memory of time spent in the car with his family.

Natie started drag racing the car in October last year, and on its first time out he ran an 11.5-second quarter mile. Since then he’s gone 10.2-seconds at 229km/h, but what Natie really wants is a 9-second time slip. That’s definitely coming, and perhaps even before he winds some more boost into it.

When cars are heavily modified like this, they often lose their street usability, even if they’re technically road legal. But this one isn’t like that. We left Natie’s house in the morning and drove it around all day – with numerous pulls and some massive burnouts – then drove it home in the dark, all without a single issue.

To me, that’s the proper definition of a fast, reliable street/drag car.

After the Cressida was parked up in Natie’s garage, I had a chance to check out his next project – a Lotus Exige that’s about to receive a turbocharged Honda K-series engine. When it’s done, choosing which car to take out will surely be tough for Natie, but really, who wouldn’t want that problem?!

If this car had a backseat, it would have been the perfect family car
But nonetheless this is a rad build and now I want either a Cressida or Crown now

Wow! This Cressida is no joke. Fantastic makover and upgrades. Does he have two exhausts coming out passenger side? That's what it looks like. I wouldn't fool with that if I saw it. Just those tires is a dead giveaway.

That coin story just add so much depth to Natie's history with the car!

i liked your RWB features.

im suprised your not out hunting gembel_llas 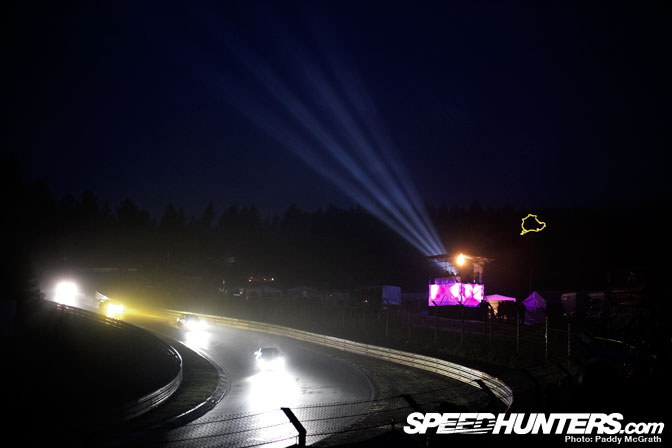 Who has this photo in large size?

why isn't it working?

http://www.speedhunters.com/media/
why isn't it working?