For the seventh time in their history, Manthey-Racing has won the grueling Nürburgring 24h-Race.

Thick fog once again plagued this year’s race with a whopping 15-hour delay making it the shortest N24 of all time. To give you an idea of what that looks like, Manthey’s ‘Grello’ GT3 R Porsche crossed the chequered flag having covered just 59-laps. In 2014, when a new distance record was set, the winning Audi R8 LMS racked up 159 of ‘em.

That shouldn’t take anything away from 2021’s race though. The 16.2-mile, 170-corner circuit was plagued with rain showers throughout, and that opening first hour was one of the most-exciting we’ve ever seen.

Having qualified 11th, the Manthey Porsche (driven by Kevin Estre) quickly battled through the field before reaching the top spot. As night approached, it’d become a battle between the front-running HRT AMG GT3, reigning champs Rowe Racing in the M6 GT3 and Manthey-Racing’s GT3 R.

But, after a dramatic restart which saw both the AMG and BMW contenders retire within four laps of each other, all eyes were back on the fan-favorite green & yellow GT3 R

This would be Manthey’s first win since 2018, and the first win for ‘Grello’ since 2011. That’s not to say it was an easy finish; despite still running for over nine hours, the second-place BMW M6 finished just eight seconds behind while third place was decided with less than a second separating three cars.

Even with the red flags, N24 remains one of our favourite events on the calendar and it’s awesome to see Manthey back on the top spot having had to pull out of last year’s race due to COVID restrictions. We’ll be bringing you much more from this event later this week, but until then check out the highlights below.

The Nürburgring on Speedhunters 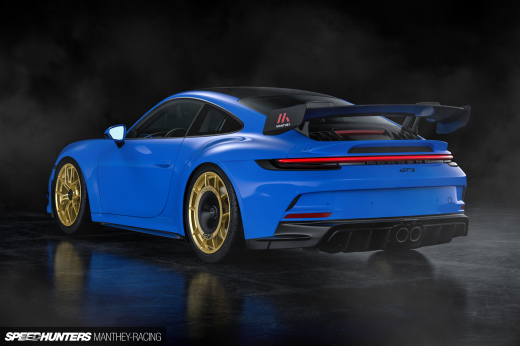 Shame that Subaru was yet again absent. Oh well, at least I had the Dacia and Manta to root for. And the Manthey Porsche too, of course. Although I was mostly rooting against another BMW win. We can't have that, can we? :^)

It was a hell of a race to watch, I think I missed about an hour from the restart but watched the rest via the livestream on YouTube. The opening lap was phenomenal to watch unfold, one day I'd love to go camp out and watch the race live.