The Royal Auto Show, which recently celebrated its 12th event in Saint Petersburg, claims to be the best car show in Russia.

That’s a big statement to make, but to give me a front seat view from where I could make up my own mind, the event organizers stuck me in a BMW M3 Cabrio and sent me on a 40-mile parade lap around the city together with all the other show cars, and even a police escort up front.

Basically, we had the green corridor all the way to the most tourist part of Saint Petersburg, the Palace Square. With 50 or so cars moving in procession at a good speed, our camera car was definitely kept busy moving in and out of the traffic during the drive.

I’ve said it a number of times, but Russians really like parades. But if a parade at a drift event makes the whole experience less dynamic, the totally opposite happens at a car show. In this case, it added something really special to the Royal Auto Show.

Prior to this visit, I’d never been to Saint Petersburg – the culture capital of the Russian Federation – before. If anything, it made this high-speed guided tour of the city a totally unique tourist experience. I tried to concentrate on rolling shots, but sometimes the beauty of the Russian Empire and Baroque architecture took over.

Before long the convoy reached its destination and everyone parked up in the square, which immediately became a hive of activity.

The trip back felt more like playing Need for Speed, albeit with the police in front of the action.

Here we have an Audi S5 and wide-body Mustang on the left, a Lamborghini Aventador in the middle, and a snow-white RWB Porsche and an American classic convertible (perhaps a Chrysler Newport?) on the right, with plenty more tough machines following behind.

The event delivered more firsts for me in truck drifting. But no ordinary truck, a 10-ton Kamaz 4326 that’s dominated the Dakar Rally eight times. Eduard Nikolaev, five-time Dakar Rally winner, was initiating by using momentum, and after that the right pedal – which is connected to a diesel V8 good for 850hp – was more than enough to create clouds smoke and keep the truck seriously sideways.

After the cruise and drifting, the ‘show’ aspect of the Royal Auto Show felt almost secondary. The event had a wide variety of cars, from modified Ladas to exotic hypercars, but the style that stood out above everything else was stance.

If there’s one piece of law that Russian modifiers know, it’s paragraph 12.5.1. of the Codex of Administrative Offenses, which gives police the power to prosecute drivers if their car is modified or defective. It’s a very objective law and almost anything could fall under it, hence why the community is really pushing back.

On the last day of the three-day event, the judges announced their top 16 show cars. Many of those chosen came as no surprise, including this shakotan Toyota Mark II GX71 that recently scooped top honors at the Raceism show in Poland.

The ‘Car of The Show’ trophy was awarded to this Lexus LS430, which has been built to clean and high quality standard. It’s been given the wide-body treatment, but it’s all metal – no fiber materials were used. The front bumper is a custom-adapted Vertex item made for Altezza, as are the Chargespeed side skirts.

Even though Ishan from the Evil Empire (one of the show’s organizers) agreed that Russia still has a way to go when it comes to customization, my personal opinion and emotions were blown away by the parade around Saint Petersburg, and the Kamaz drift showcase was the cherry on top.

Russia is huge, and I’m certain that no other event here has brought so many different aspects of Russian car culture together under one roof. So to me, that statement at the beginning of this story does in fact ring true. Na zdorovie to that.

What happens if two guys are seen in a car alone together - are they beaten up by the police and some goons?

Not too many pride parades in Russia

What's up with the dump truck?

in this dump truck the whole power plant from bmw x5m

Good that they chose Rothmans instead of Apple from the historical Porsche liveries. Could've end up in jail

"The West will not contain Communism; it will transcend Communism." 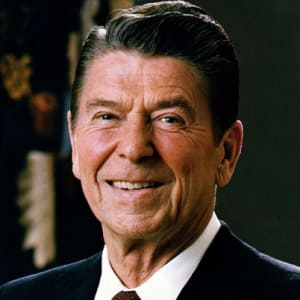 Awesome looking event. Amazing quality and diversity of cars.. Thanks for the article & pics Vladmir!
Bodywork on that GX71 looks so damn good. Does anyone know what that front lip is?

The front lip is custom, made by the owner. Big story on that GX71 is in the works

That Widebody Mustang has to be the widest widebody I've ever seen. Looks like I feel after crushing an entire large pizza haha!

Can someone please tell the the manufacturer of that rear spoiler on that blue 135i bmw?

A bmw m3 e46 gtr from the need for speed most wanted 2005 with all the cars you mentioned.i don't think it can get more like nfs then that

Any more shots of the girl's taken photos of each other? I'm kidding... unlesss..

What motor is in that ae86? looks like 2 motorcycle? mufflers, the exaust piping looks small...