SHARE Raceism: The Best Car Show With The Most Questionable Name

Despite what its name may at first glance imply, Raceism is not about hatred.

On the contrary, this major stance event in Wroclaw, Poland brings together people passionate about car culture, from all different backgrounds.

Every year, car owners from countries as far afield as Great Britain and Central Russia congregate at Raceism to compete for the prizes and introduce new trends to the world of stance.

The goal for many is to take out the coveted ‘Best of Show’ title, but when there are 1,000 cars at the event, just being noticed by the judges and making it to the Top 16 is a big achievement.

The unique character of the event has gained recognition amongst people and companies that determine the speed of development of the European tuning scene. The uncompromising focus on quality has resulted in arguably the most prestigious stance event anywhere in the world.

Adrian Kapica, Raceism’s CEO, ran the first event in 2010 when stance wasn’t popular at all in Poland. Around 15 cars showed up for the gathering, a far cry from what is now a huge event.

If there was one takeaway from the event for me, it’s that wide-body kits and wide fenders are still the most popular modification for owners to make. It’s been this way for the last few years, too.

Another trend in this scene I spotted was DTM-style, motorsport-inspired upgrades like roll cages and splitters. What’s under the bonnet only matters to a few.

On the contrary, the livery trend seems to have passed, as only a few cars had them at this event. The clean look is back in fashion, or perhaps it never actually left?

I’ll leave you a final gallery of images to enjoy, but my coverage from Raceism 2019 is only starting. Next up we’ll look closely at the wheels and fitment at this event, and then the large number of VWs in attendance.

Stories from Poland on Speedhunters

A Safe Haven For Stance: Ultrace 2021

How'd they get a VR6 into a VW Up???? Desperately need a highly detailed SPECIAL FEATURE of that car, soon!! Wow!!!

Oh that flat grey fiat 500 needs a feature too, i sense something special and a backstory to match!!

You can see a full story of this car (and owner's previous stanced Fiat 126) here https://www.facebook.com/RATbyTOFIK/

I need to know EVERYTHING about the green Honda Accord? form earlier in the post. That thing is stunning! 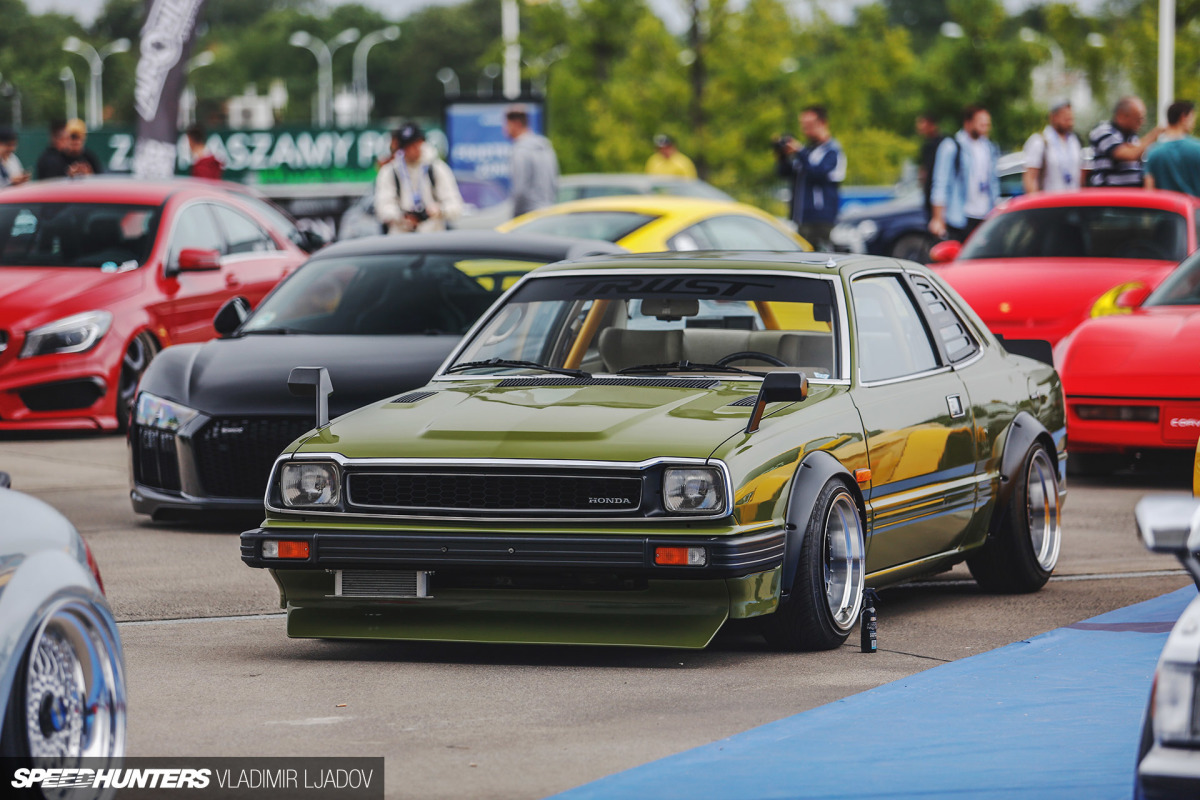 Lol that Fiero is pretty sick.

Pictures about that c4 corvette!

That Corvette is static btw

Wow, that looks like an amazing turn out. Def need some special features on some of these!

That Pantera is sick!

But when Ground Clearance shows up, it's turned away at the gate because, "we don't serve your kind here!"

Yes, she comes to most European stance shows

dam thats some really awesome rides in on e spot !!!

Bro, one speed bump and like half of these cars are screwed,

They're show cars, bro. Where they're going, they don't need ground clearance.

Actually much of those cars drive with this setup. We drove over 1200km with the s-type (Picture 30)

Oh, actually much of the cards are comming to the show on this setup. We drove more than 1200 km with the jaguar

Get this stance shit off this page. How are you going to be called “SPEEDhunters” and feature a show whose judges don’t care about engine modifications and whose contestants install cages and aero for looks?

Haha this is the internet, you can just browse to a different page you whiney bitch

Stanced is broken. Some neat cars but hella flush fitment has little to do with racing so I do not. Dumb, click-bait, event name . Convenient reminder that there aren't many black people in poland and they weren't welcome there LOL

Have you ever been to Poland? Just askin...

Should rename this show RICEism because that’s what stance is: the new ricer.

Can anyone tell me who makes the wheels on the blue Jaguar S-type?

A company called lowlab from Austria.

That Fiero and E36 CYBERPUNK killed that event IMO. I'm waiting for Raceism Drift part photos! I need those E36 CYBERPUNK shots for my wallpapers