“If you take action, it will become.” This is something that Cole said to me the first time we met. As I’ve gotten to know Cole over the last few years, this simple statement has proved to be an obvious mantra that he lives by. Driven by variables such as style, quality and uniqueness, I’m happy to have been able to watch Cole push forwards in building his Silvia.

The car in this article is a S15 Nissan Silvia Spec-S. For anyone not familiar with these cars, the Spec-S signifies that this model has the naturally aspirated version of Nissan’s famed SR20 motor, in this case the SR20DE.

The blue car in this story is actually Cole’s second S15; the first car he had was a beautiful white Spec-R (turbocharged SR20DET model) that was relatively stock. The Spec-R inspired excitement and encouragement in Cole, as he felt that he had found the car he had always been looking for.

Sadly this car’s story ended abruptly when an uncaring driver made a dangerous move on the highway and struck Cole’s S15. The Silvia was pushed into a barrier at high speed and destroyed. Thankfully, Cole walked away from the accident without any serious injuries.

After a challenging process, Cole eventually purchased the Nissan back from his insurance company. He sold what he didn’t need, while keeping the parts that he would put into his replacement Silvia build. That’s correct – it was never a question if Cole was going to purchase another Silvia, only when.

After a short search, Cole located this blue Spec-S and picked it up for a reasonable price. It was then just a matter of swapping over all the Spec-R parts from his crashed S15 to bring the naturally-aspirated Silvia up to turbo specification – and beyond.

Cole is a knowledgeable enthusiast, so with this in mind I decided to break the norm of a typical feature article and ask him some questions.

AT: Why a Silvia in the first place?

Cole: ‘When you look at what’s available in regards to what is regarded a ‘sports car’, there’s a lot to pick and choose from, and it can be a bit overwhelming for some folks. Some people like the modern and youthful vibe that the FR-S/BRZ chassis gives off; others like the feeling of status when they’re in a big, leather-laden luxury sedan with some kind of V8 and DSG transmission. There’s all kinds of things that lure us to the cars we choose, or the cars that choose us. The S-chassis platform cars really allow people to do whatever they want with them, and I think that’s why the market for the average, rusty and dented-up 240SX is so overinflated these days. They’ll always be sought after.’

‘The S15, though, really is the most improved-upon chassis of the family. Many were outfitted with numerous chassis braces in place, some were equipped with Z32 4-piston brakes in the front, and the turbocharged models were the most powerful of the S-chassis group – 250hp from a very-easy-to-modify SR20DET with a ball-bearing turbo. Ballpark area of 2,700-2,800lbs, and you’ve got a very fun factory power-to-weight ratio. Nissan really did nail it when they made the S15 I think, and probably made what’s one of the most seductive-looking cars they ever rolled through production. The S15 Silvia is an icon, just like the Skyline GT-R, Supra, Impreza STI, Lancer Evolution, NSX, RX-7, to name a few. When you have a good-looking car that performs just as well as it looks, what’s to lose?’

AT: Why this style?

Cole: ‘I think I’ve had quite an adventure over the years finding out what my sense of taste in cars really is like. Since I owned my first RHD car in 2013, a JZA80 Supra, my taste in modifications and parts has improved exponentially. I started looking into and researching different tuning styles from the ’90s and early 2000s; you really can’t beat the roots of car culture and where it all began. Everything from back then had so much soul and passion sewn deep throughout it.’

‘Nowadays, we copy and paste a rivet-on fiberglass wide-body kit onto a car we probably never should have bought in the first place, all in hopes that it will somehow make people like us more, and we’ll become popular through e-fame and Instagram likes. Go back to the hot rodding era when the most high-tech home appliance around was a fruit blender, and everyone was into this sort of thing to express themselves instead of seeking personal gain from it.’

‘The style that has stolen my heart and inspired my entire build is an example of how these cars were assembled throughout the 2000s in Japan, their homeland. A very D1SL [D1 Street Legal drift championship series] sort of look, but I don’t plan to drastically change the exterior of my car in any way. Personally, I think there’s no better looking aero package than the OEM Nissan optional ‘Aero’ version bumper (the sole reason I grabbed this Spec-S), skirts, valances and spoiler. They complement the S15’s design so well, and the flow characteristics of the whole thing when it’s all together is beautiful. It’s aggressive, yet simple.’

‘I’ve got tunnel vision for simplicity, and I don’t think you can really say anything negative about something that is as simple as the word itself. I think an OEM body with metal wheel arches, 17-inch wheels, a low yet still functional ride height, and very enjoyably-noisy driving experience with a side of g-forces, is perfection. Something that stimulates your senses and makes you one with your machine is bliss to me. I think my taste and desire for such a driving experience stems from previously owning two AE86s, with no electronic assists or anything getting in the way of you and your potential and the mistakes you make while you drive. The feeling itself is electric.’

‘To conclude my perspective on style, I think this is the best way to describe it: When you see a car that makes your blood hot, and it speaks to you, there’s something special between you and it. Your car represents you. The way we represent ourselves is personal, and well, we like to be presentable (most of the time). People change things on their cars, like they change the way they dress, do their hair, their make up, what have you. As soon as your feet leave the ground and you’re behind the wheel, you essentially become your car. An expression of who you are, representing you, your style. Some people express themselves through music and other forms of art. This is how car enthusiasts express themselves.’

AT: What is it about quality parts that attracts you the most?

Cole: ‘Well, there’s quite a few things. I think one of the most important things to consider when buying any part/s is if it’s up to the job and exceeds the ‘value’ of the OEM parts you’re likely replacing. Value being what they offer you in gains, durability, or even warranty. The big brands out there take pride in what they’ve researched, engineered and produced for the eager consumers we are. Some people are much more easily impressed than others, and some more easily disappointed than others (I would fit into the latter).’

‘Understandably, everyone has a budget, and not everyone can afford the parts they dream of for their perfect build. But, I think some of these people also lack the patience to make their dreams happen and are easily discouraged. The thing is, quality parts don’t have to be expensive. I think the main thing that attracts me to quality parts is their resilience. Many quality parts can be had at secondhand value, in great condition. Be it wheels, turbochargers, manifolds, seats, steering wheels, etc. Anything that had some time invested into its production and isn’t just a cheaply-bought, scrapped knock-off schematic being mass-produced usually always lasts a long time, and contributes a few nice details to anyone’s build.’

I had the opportunity to spiritedly drive Cole’s S15 up and down a winding back road. I was impressed with how well everything seemed to come together, from the dynamics created by the extremely powerful brakes, to the dialed-in coilovers. Even from inside the car, it was clear that time was spent trying to create the perfect driving experience; the seating position was optimal and the bucket seat never failed to hold me steady even around the quickest corners. Being able to spend a full day with Cole for this photoshoot not only allowed me to take photographs and gather enough notes to write this article, it also gave me the opportunity to witness just how much joy this car brings him.

I am very excited about the next stage of this build.

Nice to see a clean silvia once in a while. Love the shots and the article also! Great write up

Sweet ride/read. I remain jealous of the s15.

I love his thoughts on self expression via car mods. I share his appreciation for D1SL style and properly engineered parts!

The S15 is just gorgeous, I love it. This one is spot-on, congrats to the owner! Beautiful car!

Regarding the article, you mention you had the chance to spend a whole day with the car, and even drove it, and that the interior is very well put together... but we don't even get ONE pic? Come on!

Am I the only one that thinks the s15 should be the last in the silvia line/generation. If the ever make an s16 Ihop make a whole new line instead of continuing the legends line. SIDENOTE: Great story and pics, keep it up!

nissan will not do anything of the sort. They're not doing so hot right now, and beyond that they sell garbage. The next silvia would be an SUV, and knowing them it would have a ragtop too.

This is the perfect s15 build, i love it.

That blue is awesome

Missed opportunities with keeping the doors shut and not showing interior and/or under hood. Say it, show it...

Well, the headlights need a polish and UV-resistant coating, so I assume the interior and engine bay are average

for me this is the perfect type of Silvia, Great car.
but not a fan of turbo.

CAN'T WAIT UNTIL I CAN LEGALLY REGISTER ONE IN the UNITED STATES! 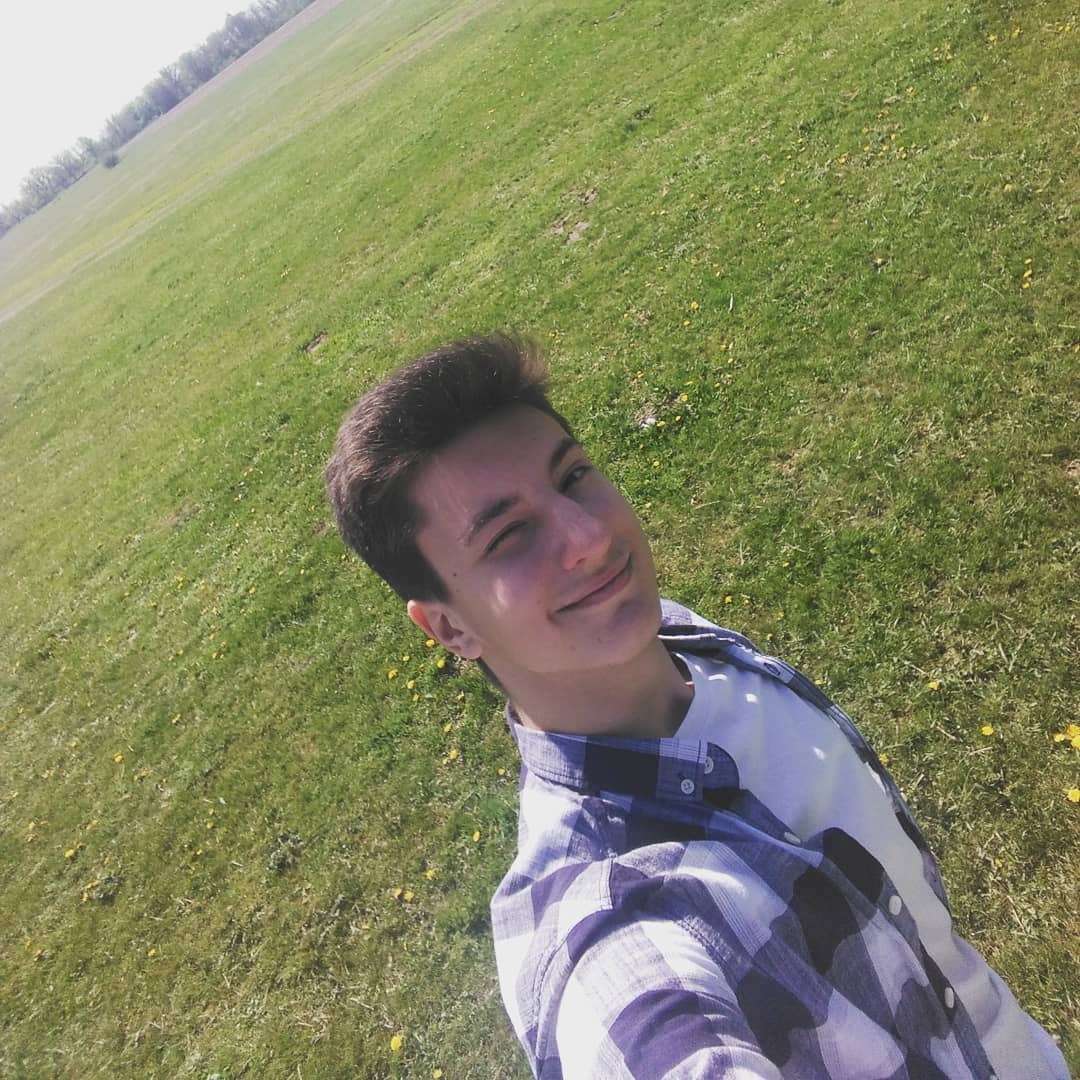 Beautiful car, not sure about the exhaust though...