SHARE Appreciating The Finer Details At Legends Of The Autobahn

One thing I love about any car show with vintage machinery is that each vehicle is like a miniature museum exhibit. These cars tell an important story, and contained in each build is a slice of history.

Whether preserved or modified, every car hides a plethora of details you never quite have the chance to take in if you see them rolling along in the wild. At a show like Monterey Car Week’s Legends of the Autobahn, it’s quite easy to spend the better part of an hour just appreciating a single car. Extend this out to the hundreds that showed up, and you simply need more hours than there are in a day to take it all in.

Still, I did my best to run around and highlight a handful of my favorite period wheels, details, badging, rare parts, and aesthetic odds and ends that you just don’t see on cars built today. (If you were hoping for a look at the show itself, head here first to see the cars these details are from.)

Starting off with what’s likely my favorite set of wheels at the show, are these two-piece magnesium AMG Aeros. They were an AMG option, but the owner of this very nice, immaculately preserved 500 E had to source them all the way from Japan.

Why is it that the best parts seem to find themselves across the oceans on either side of America rather than in the country itself? This makes it all the better when you come across the right set of wheels or some other hard-to-source part, and was cool to see this type of family-correct appreciation played out by so many at the show.

While I captured a few photos of this car that I shared in the previous article, it’s interesting to me how these details share a different, more complete story of this 500 E. Driven down from San Francisco for the day, you can imagine how this car lives.

Another favorite wheel were these Campagnolos fitted to a 2002tii Touring. The wheels were sourced from Italy, and I don’t think I’ve ever seen another set in person. I have to say, the tiny wheels look entirely proper on the car they were mounted to.

Moving on to interiors, it’s a bit hard to beat the funky coloring of a vintage Alpina bucket seat. The patterns are so period it almost hurts, and I’ll be quick to admit I’d love to have one of these cars in my garage one day.

Details are what make an Alpina an Alpina, after all, and the gaudy retro graphics are just too good. I’ll be putting together a more complete spotlight on this car soon, as well as another captured below.

Loads of other interesting details filled the show from end to end – you just had to be looking for them. It’s really awesome to see these cars being preserved and still enjoyed today, especially considering the rising cost of sourcing parts and servicing the moving bits.

It’s easy to forget all of the work that goes into keeping these cars in the condition they’re in, especially as it’s a totally different art than building a modern car for a show. Some of the attendees at this show have spent years completing these builds, while others have spent countless hours keeping their numbers-matching cars rolling down the road. Or, locked up like a little time capsule.

The fact that these owners and builders are able to source period hardware, reproduce hard-to-find factory bits, and keep their cars in like-new condition isn’t something to be taken for granted. Instead, this labor of love should be celebrated – even down to the last finite detail.

After all, they just don’t make ‘em like they used to…

The Devil’s In The Details
ADVERTISEMENT

thanks for the excellent shots! these are my people 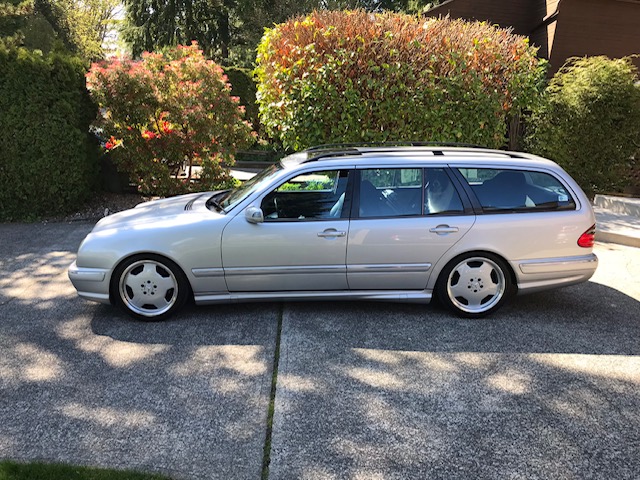 I wish every photographer and storyteller loved the details.

That Garmisch is a pretty sweet detail. Looked that up after poking through the first post.

Thanks for sharing all these pictures.