When’s the last time that you saw a MkIV Toyota Supra on the road?

Honestly, I can’t remember myself, and I come from a country where JDM imports are fairly commonplace, comparatively. I pass Skylines, RX-7s and Silvias several times per week, but never a Supra.

Heck, even at organised shows and events the fabled Supra is a rare enough sight to attract a sizeable crowds.

Where are they all now? Confined to the garages of those who know their ever-increasing worth? Destined for a life of polishing and waxing, and only seeing the light of day when a show or event worthy enough of their presence?

Some are, for sure, but the rest appear to be here in Norway. Gatebil is the Toyota Supra capital of the world.

I’m not entirely sure if my brain is coping very well with this overload of one of my favourite ’90s sports cars. As I write this it’s just ticked over 9:00am here; the track is live, busy, and the air thick with tyre smoke and the smell of speed. There’s no easing into Gatebil on a Saturday – straight through the gate and you’re thrust head-first into full-on mayhem.

Almost everywhere you look you can see that familiar silhouette. It’s a design that’s stood the test of time incredibly well, thanks in part, I believe, to the fact that the Supra has yet to receive a direct successor. Toyota has been teasing it for long enough – it has just announced the new Supra’s bizarre inclusion in NASCAR, of all places, and that the 2019 production MkV Supra will be showcased at the Goodwood Festival of Speed next weekend. If that’s true, I’ll bring you Speedhunters’ first view of the latest incarnation in a swift manner.

But back to the MkIV. It’s intriguing how this one part of Europe has honed in on Toyota’s celebrated sports car, and even stranger that Norwegians aren’t afraid to give them absolute death on circuit. Has no-one told them that these things are getting rarer by the minute? Thankfully not.

The unmistakable sound of a 2JZ at full chat is a headturner to any self-respecting automotive fan. But they’re not all that way out here. Scandinavia is famed for its open approach to engine swaps and ‘alternative’ tuning options, so often the sight of a MkIV screaming towards you is accompanied by the cacophony of a somewhat agricultural V8, maybe with the odd turbocharger or two hanging off the sides of it.

Much of the time that 2JZ that you can hear reverberating in the distance doesn’t even belong in a Supra any more – you’re more likely to find that particular powerplant in a Toyota 86 at Gatebil.

Arguably, it’s the engine that the 86 should have got from the factory. I’m sure I’m not the only one hoping Toyota has a spicy performance model up its sleeve in the future.

It seems fitting then that, in the same manner as Scandinavia, and Norway in particular, has embraced the Supra, the same appears to happening to Toyota’s latest sports coupe.

Across the rest of Europe these are still very much ‘new’ cars and far too expensive and nice to be used for drifting. But here at Gatebil there are more purpose-built drift 86s, as well as the odd grip build, than I have ever seen in one place before.

It’s a platform that’s been adopted with open arms by the aftermarket industry since its relatively recent launch in 2012, much like the Supra was some 25 years ago. The amount of off-the-shelf modifications and options for the 86 is mind boggling.

Do you think we’ll see the same level of support for the MkV Supra? Its shared platform with BMW would indicate that it’s a likelihood, providing the price tag doesn’t put it out of reach of the masses.

For the time being, and at Gatebil at least, it seems that the 86 is the Supra’s spiritual successor.

Welcome To Gatebil’s Church Of Speed

if you really are wondering where supras have disappeared to, come to western sydney on a friday.

Let the Mk. IV Supra be the last car whose desirability and rarity persuades its owner to condemn it to a life sentence in a climate-controlled garage splattered wall-to-wall with memorabilia.

Let it instead run fast and wild on the roads for which it was designed and intended, and let it wear out or crash rather than dry rot away in some non-enthusiast lawyer's late-21st-Century personal car museum.

For ever and ever, amen.

Supras are common AF here in Melbourne. Where do you live?

"When’s the last time that you saw a MkIV Toyota Supra on the road?" - Yesterday, on the A4 near Cologne in Germany.

I'm driving that road every damn day in the week to work, ive seen loud af Evos, a Noble M12 GTO, a stock (!!!) EG civic in pristine condition, Lambos, Raris, hell even two Koenigseggs but i have NEVER caught a Supra there.
Lucky you haha

My son's Supra used every day as well as seen in car shows.A head turner when seen. 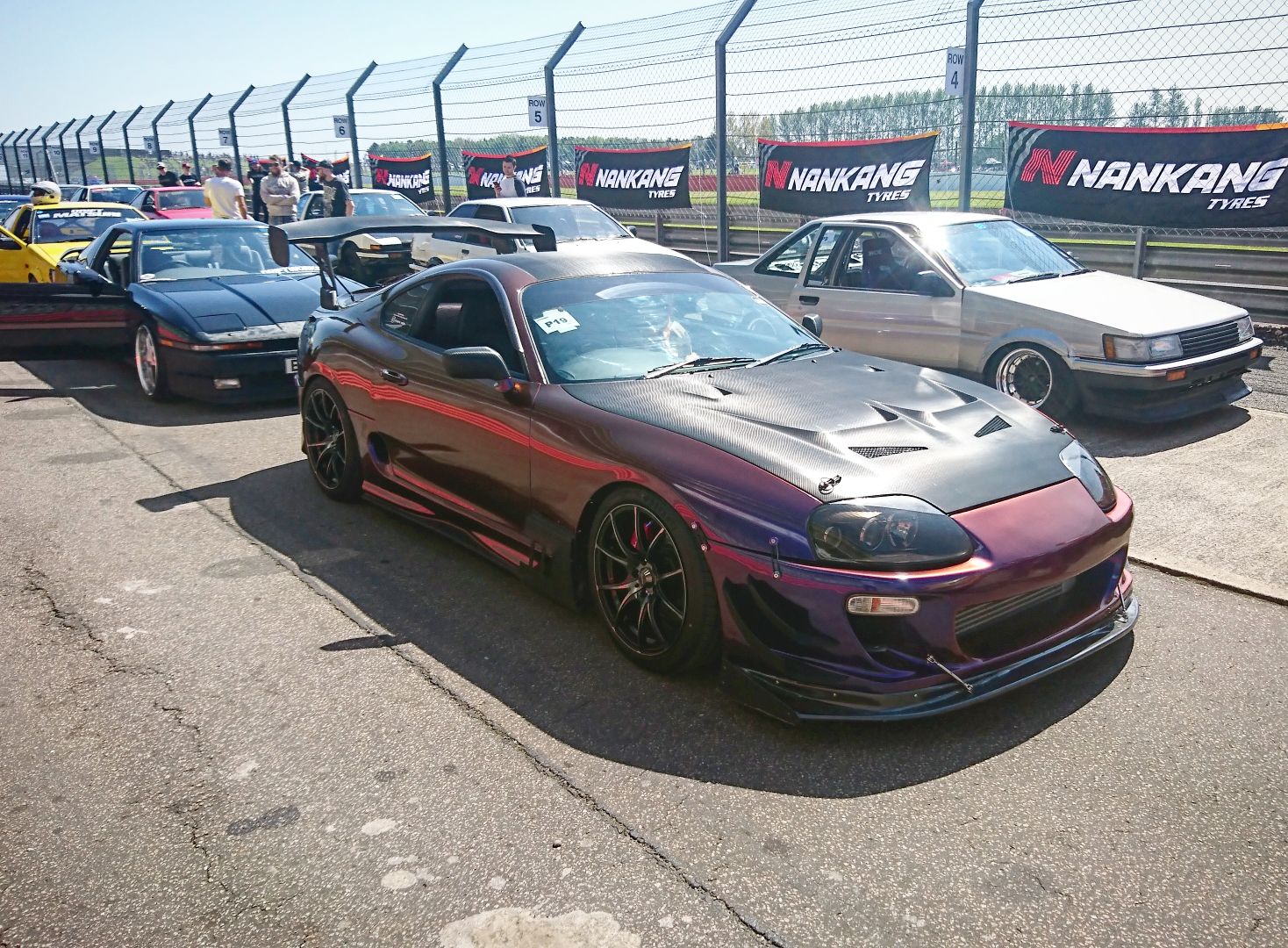 Another photo of a great Supra 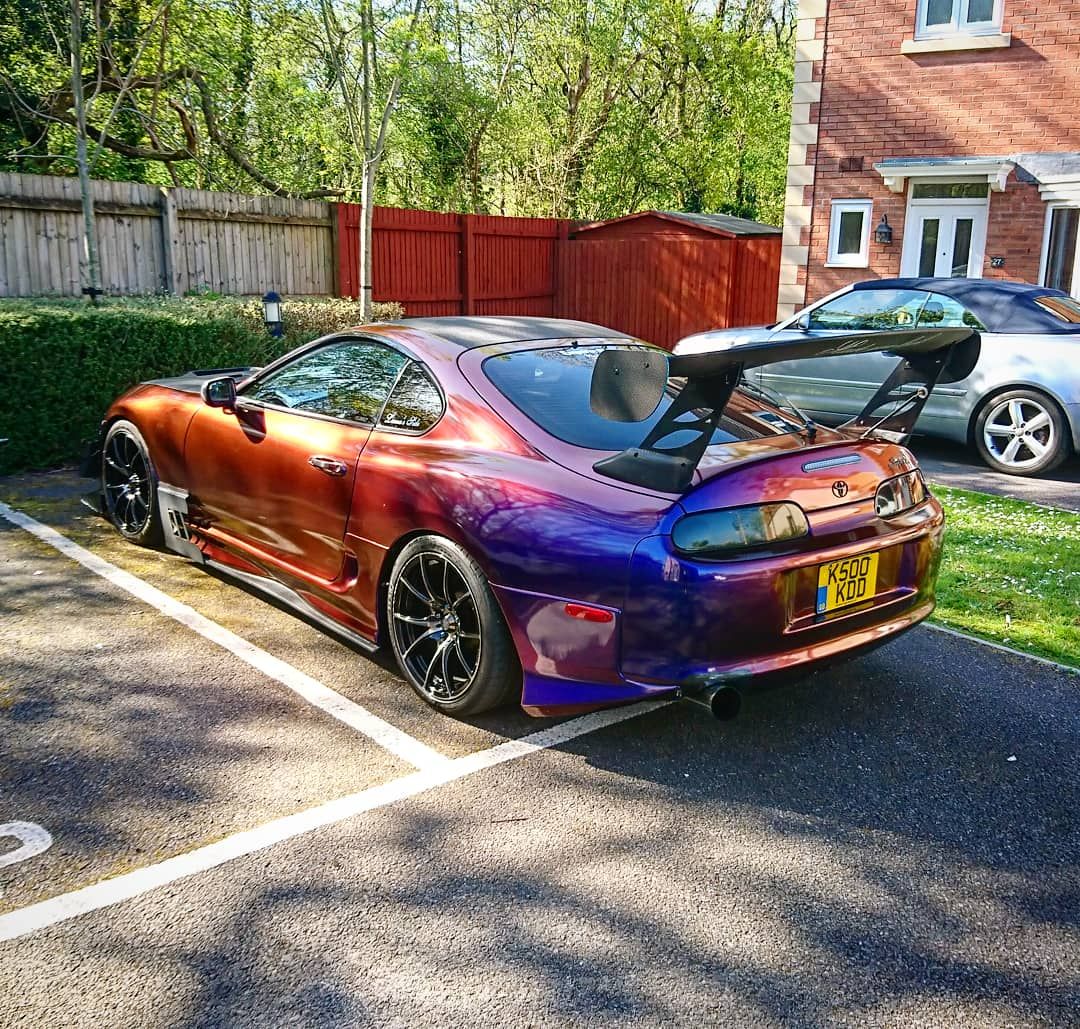 My neighbor hides 4 in his garage #dckmv

i remember seeing the supra for the first time. i was like 10 or 11 yr old and spotted it in the parking where i live. instantly became a dream car. i loved the 300zx a lot because of it's front fascia, but i was a sucker for the supra because the shape was simply amazing! never gets old

There's LOADS of supras in Bristol - Standard to modified. I probably see at least a few a week.

TBF though think we're a bit of a unicorn city for JDM stuff due to the port. I still find S15's far rarer here. I've probably only seen a handful of them on the road "casually". Saw a Mines R34 just randomly parked in one of the grottier areas at the weekend - there seems to be quite a few of those about too! What I enjoy is some of the weird and wonderful kei cars we seem to have about on the streets here. Love seeing weird shit that I have no idea what it is.

Actually, the main reason why the Supra keeps getting rarer, is because the British keep parting them out. There is no shortage of Supra breakers in the uk, who would rather break a twinturbo with bad paint, than save it. One of the downsides of supras being so cheap in the U.K, i suppose. It's worth more in bits than it is complete. There used to be quite a few down south Wales when I lived there. But nowadays, I only really know of one.

I suppose the Supra for the cover is a track car? It’s not common to see people race in a Supra with a 2JZ, so I'm glad there are pro out there who does it (not that I hate drag or drift Supra, but I’m biased for track car)

That one was definitely a track car and was very much set up to grip. One of the other ‘extreme’ class Supras also set up for grip did attempt to enter the power slide competition, but the thing just held traction!