This is, undoubtedly, one of my favourite places on Earth.

A gathering of some of the most exclusive, interesting, advanced, important, legendary and exciting automobiles on the planet, in a setting that’s hard to rival. Lord March’s driveway at Goodwood House is officially open for business as the 2018 Goodwood Festival Of Speed gets well underway.

If last weekend’s Gatebil Rudskogen festival is akin to a wild party that not many revellers can, or should wish to, recall the following day, then FOS is a high-end black tie dinner party that you want to remember for ever, or at least until the next year’s festivities arrives.

After arriving very disheveled and slightly later than was planned this morning, and battling the queues to get through the gate whilst lugging what feels like all of my camera kit behind me, all of my stresses lifted as I crossed Goodwood’s famous bridge into the main paddock this morning.

Everywhere you look there’s not only all manner of machines fighting for your eyes, but some of these cars are so unique and so special that you feel truly lucky to be standing in their presence. Some are cars with rich racing history, others are one-of-a-kind prototypes or brand new models that have yet to hit public roads.

Oddly, after a few hours of Goodwood, this starts to feel normal, and you end up walking straight past something that, anywhere else, would be the star of the show. Although the festival goes on for four days in total, you can only see so much – time gets away from you here – so you find yourself prioritising what to see and what to shoot.

Do you want to spend the next half hour exploring the busy paddock, getting closer to some truly amazing machines than you ever thought you would? Or should you sit and wait on the hillclimb for something even more interesting to fly past at speed? Are the priceless historics worthy of attention, or should you check out the new and prototype models in the huge manufacturer paddock and leave the past in the past?

To this point I’ve had a quick walk around the paddock closest the media centre, spent some time with familiar faces in the staging area and taken in a couple of trackside views. There’s still so much more to see. The headline act at this year’s FOS, and the focus of its impressive centrepiece sculpture, is Porsche’s 70th anniversary, and so there’s a huge Porsche presence here. Legendary Porsches of past and present are everywhere you turn, so it seems fair that I focus at least some time hunting speed with this iconic brand.

As Paddy covered in his recent story, the late Georg Plasa’s legendary Judd-engined E36 has just turned its first wheel in anger in several years, with hill climb champion Joerg Weidinger at the wheel. It’s magical to see this car being actually used once more. Joerg wasn’t hanging about either.

We’re also celebrating the future here at FOS. Volkswagen’s I.D R has gone up the hill once and, rumour has it, is planning a full-scale attack on the Goodwood record. We’ve also just witnessed the first entirely driverless car reach the finish line, albeit at a snail’s pace. Roborace is a contentious topic, but it’s certainly interesting to see where this technology leads us.

There’s plenty more to come over the next three days here at FOS. I’ve got a plan in my head already for some interesting stories, but please do drop a comment below with what you want to see more of and I’ll get hunting. 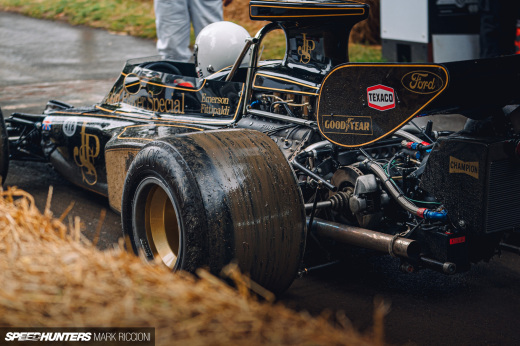 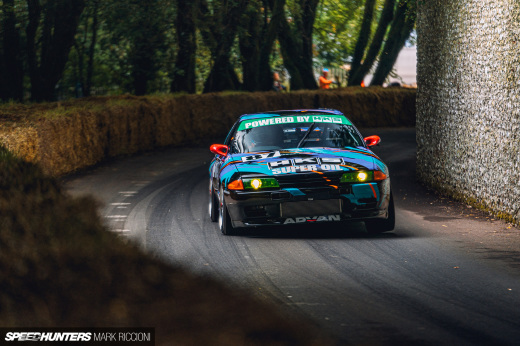 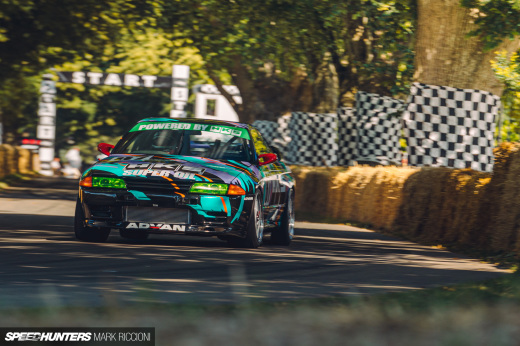 I'm not sure that will appeal to a wider audience.

Can you pretty please cover the motorcycles of the 80's and 90's? I'd really like to see them in more detail, especially as the stream is not showing the greater part of them.

I do intend to shine a light on some of the two-wheeled goodness over the weekend. Which might be tricky, however, as my motorcycle knowledge doesn't extend much further than knowing they have less wheels than cars.

I would LOVE to assist in that. Over 20 years of experience of being a bike nut. I'll look through the entry list and see.

Anything and everything at the FOS is worth a back story, there's so much historically important machinery. I'd love some history on the Rothmans liveried Audi IMSA car. I stand to be corrected but that particular car was a Wesbank Modified Championship winning car in South Africa after having won the IMSA series in the USA.

I have vivid memories of that car going head to head with other suitably halo exotica as a teen in Cape Town at Killarney Raceway where its turbocharged 5 cylinder was challenged by a NASCAR v8 engined Opel Rekord, turbocharged 6 cylinder BMW's in 3, 5 and & series varieties, rotary engined RX-7's, YB engined RS Cosworths, R30 Nissan Skylines to name a few. The Wesbank Modified Series was and will always be remembered fondly by folks in the Southern Hemisphere and for that reason I'd love a feature on the Audi as a footnote to a time when racing, fierce and uncompromising as the machinery might have been, it was also something which stirred the soul in a manner which modern day racing just cannot match.

The fact that Lord March and his entire team are able to provide an annual window into that past is just amazing and long may it continue!

I love that Audi – a full spotlight isn't possible due to the constraints of the event, but I'll dig deeper.

I'd like the see more of the Porsche LMP2000 car that never got chance to race, I don't think it's running but I'm sure there's some engineering brilliance in there that we've been deprived of for so many years.

I had a look around earlier but it's pretty locked off – will try and see if I can see under the skin tomorrow.

I'm not going to FOS this year so I'm jealous of all who are there but grateful you're doing the event coverage Jordan.
One story you've just got to bring us is the Williams Singer. Taking modifying into the stratosphere this has got to be the most significant vehicle for our hobby hasn't it? Not to mention it's flippin gorgeous!!

The Singer is on the way!

That tower, with the suspended Porsches on it, gives me sweaty palms.

It's only 12cm wide at the base – it's a pretty impressive feat of engineering and design!

I know Porsche has their "non existent" would-be LMP900 contender meant to go against the Audi R8s, in the paddock. A very special car that until recently people didnt even know it really existed. Its in a black livery that just says Mobil One on the side. Would be very cool to see some coverage on that.

Have you seen Lanzante's Mclaren P1 GT? The level of being lowkey for a such car is totally mind-blowing to me.

So low key I missed it today! I'll hunt it out tomorrow.

These photos make we want to make the very long journey to visit this festival one year. How many days would you need to take it in? I imagine you'd have sore feet and bleeding ears after the full 4 days.

In truth a busy two days and you'd see the majority of it. Four days and you could cover it pretty comprehensively and see plenty of track action too.

That capri zakspeed is gorgeous! Simply the best of the photo's.

I would very much like to see some Rally stage action. Maybe Paddy can head there if he's there with you?

Sorry, no rally stage this year. Being here solo, there's too much to cover to lose a day in the forest unfortunately. That and it's pretty much a dust bowl this year due to how dry it's been – I saw some photographers emerge and you may as well chuck their kit in the bin.

Afraid I'm stuck in the office in Dublin curating everything that comes through, with the livestream running in the background.

"...after a few hours of Goodwood, this starts to feel normal, and you end up walking straight past something that, anywhere else, would be the star of the show."

While I haven't been lucky enough to attend Goodwood yet, I feel this way every time I attend SEMA.

I see the comparison, but they're two very different events that's for sure. The car at SEMA are fleeting show pieces, most unheard of before the event and forgotten immediately after. At Goodwood everything either has heritage or is important enough going forward to you'll remember that you first saw it at FOS. If you get the chance please do visit – you won't be disappointed.