What’s your ‘Bridge to Gantry’ time?

It’s a question that’s almost guaranteed to crop up when chatting to anyone who’s done more than a handful of laps of the Nürburgring Nordschleife. But whatever time you’ve completed the 12.9-mile (20.8km) circuit in, I dare say that it probably isn’t as fast as what you’re about to see

This is Sam Tate’s Schirmer E46 M3 GT, aka the Schirmernator2, a car that he’s spent the last six years transforming into the ultimate ‘Ring weapon. For all intents and purposes, this is a road-legal race car built by Team Schirmer in Germany. In fact, the motorsport modifications that Schirmer make are so extensive that the company is recognised as a vehicle manufacturer in its own right. If you spec a Schirmer M3 GT, that’s exactly what it will say in the logbook.

Keen to know what his 400bhp E46 could do in the right hands, Sam contacted his friend and Team Schirmer racing driver Moran Gott to see if he’d lay down a couple of hot laps. As Sam states in his blog post on British Products, he was unable to source fresh rubber in time for Moran’s stint in the M3, so this lap was done on an 85-lap-old set. What’s more, the gearbox was jumping out of gear on kerb hits and jumps too – not ideal.

Still, Gott, being a VLN and N24 driver, inevitably went and smashed all expectations straight out of the box. I’m not sure what else we should expect to happen when you strap a top level race car driver into one of the best built ‘Ring weapons out there, but the result is 7min17sec of pure Nordschleife mastery. Clear some space in your lunch break, whack up the volume and enjoy.

201 Days Later: Getting Back On Track

A full carbon airboxes will make any self-respecting petrolhead do unthinkable things.

Having recently completed my bucket list trip to Nordschleife, driven a caged fiesta , altough it was in rain. New found respect for anyone who does these incredible times... just gives me chill watch them carrying this much speed into these turns ...

Beautiful machine. And some clean driving, as well.

I agree with the console sentiment. I know what car I'll be playing around with in Gran Turismo next!

You have to like the way that he nonchalantly fondles the gear shift nob, almost as if he's bored.

I know, I lend him my pride and joy and he looks like he couldnt give a toss lol ... seriously, the car had started jumping out of gear, and the CAE shifter has a bolt in the top of the knob that had worked loose, and Moran was trying to tighten it up .... or that was his excuse for being so personal with my shaft and knob

I noticed this too! He's just casually cresting Flugplatz at 100+mph whilst twiddling his thumbs

Guessing by his time to the end if he were to run what the manufacturers do that would have been a lap in the 7m 40sec range? It really puts into perspective how quick that is.

When it comes to odd stuff happening at speed there was a great series called "WRC Craziest Moments" on YouTube.

I think you are pretty much spot on with your 7.40 time John, I seem to remember I worked it out to be around 22 seconds a few years ago.

Thanks for the info. I played a lot of Gran Turismo thats how I know hahaha.

Hmm, I thought timing are no longer allowed?

@RDS Alphard ... live timing is not allowed on either TF (public driving) or trackdays at the ring. Hence we had disconnected all timing equipment prior to the events. You are however allowed to film your laps, (as this can be useful in the event of an incident and assigning blame) and that is what we did (with a not very well positioned old GoPro). It was only after the event, when we looked at the footage, did we realise just how fast Moran had gone, and so put a clock over the footage. There is a world of difference in reviewing footage in the comfort of the pub, and having a timing screen in front of you, with a time you’re trying to beat whilst driving, I know from bitter experience

.. Yes, they were most definitely at ‘end of usable life’ and Moran was well aware of it ..... he was only supposed to be getting used to the car, Not doing 7.17’s on them! Lol

Timing i not allowed during Turistenfahrten, where everyone can go on the track. Since this was filmed during a trackday, it's allowed.

That time is BS. You don't even know where the time started at. faster than a 911 turbo with Porsche factory driver? yea right

Mike, the main problem with comparing times at the Nurburgring is that there are around 6 different track layouts which are used there. In general the full lap of the Nordschleife that manufacturers quote (which I believe is derived from the lap used by German magazine ‘Sport Auto’ to benchmark road legal cars) is some 200m short of a full Nordschleife lap (no wonder it’s confusing!!) with timing beams set of at the end, and start of the section known as T13 (where the old pits are). As we did not have any live timing equipment running in the car, we have used the ‘Bridge to Gantry’ lap, as we could accurately time stamp the GoPro video footage by the visible markers easily. Hope this helps?

1. It states that the time is ‘bridge to gantry’ - see the bridge that he passes under at the start as the time begins? That’s the… err… bridge part. So the time starts at the bridge.

2. BTG times are common for tourist days at the Ring where you can’t complete the circuit at speed due to the exit/entry points. Manufacturer times are timed from the start/finish line on a closed circuit, so the lap is longer. So yes, the Porsche was still quicker.

3. But still, the Porsche is a factory car with around 350hp/ton. This is a track car with 310hp/ton and all the benefits of weighing 300kg less alongside purpose built suspension, so the difference between the two wouldn’t be as far out as you’d think.

you have a point here but don't forget that this car is also driven by a pro driver and it got more than a simple engine upgrade (weight reduction, gearbox, suspension,....)

If I could just make a couple of points .... The unofficial BTG lap record for a Naturally Aspirated Road Legal (inc Tyres, not slicks) previously stood at 7.28 BTG ... I think this is the only useful comparison to make as its comparing apples to apples .... there’s a shed load of cars out there that will do it quicker, but nothing else in it’s ‘class’ so to speak.

1310kg dry weight is by no means light for an E46 M3, and trust me, Team Schirmer could make it shed loads lighter! But I like the full pen glass electric windows, and you can’t have them with Carbon doors

on a slightly different matter the TUV approved, Full GTR roll cage that Team Schirmer welded into the brand new shell weighs around 75kg, and that’s worth it’s weight in ‘safety gold’

Who knows, once we’ve seen what her ultimate laptime is (on new scrubbed rubber) we may go full retard with her

Are we even sure Moran is even human? That is an awesome watch!

We know, we can see you. 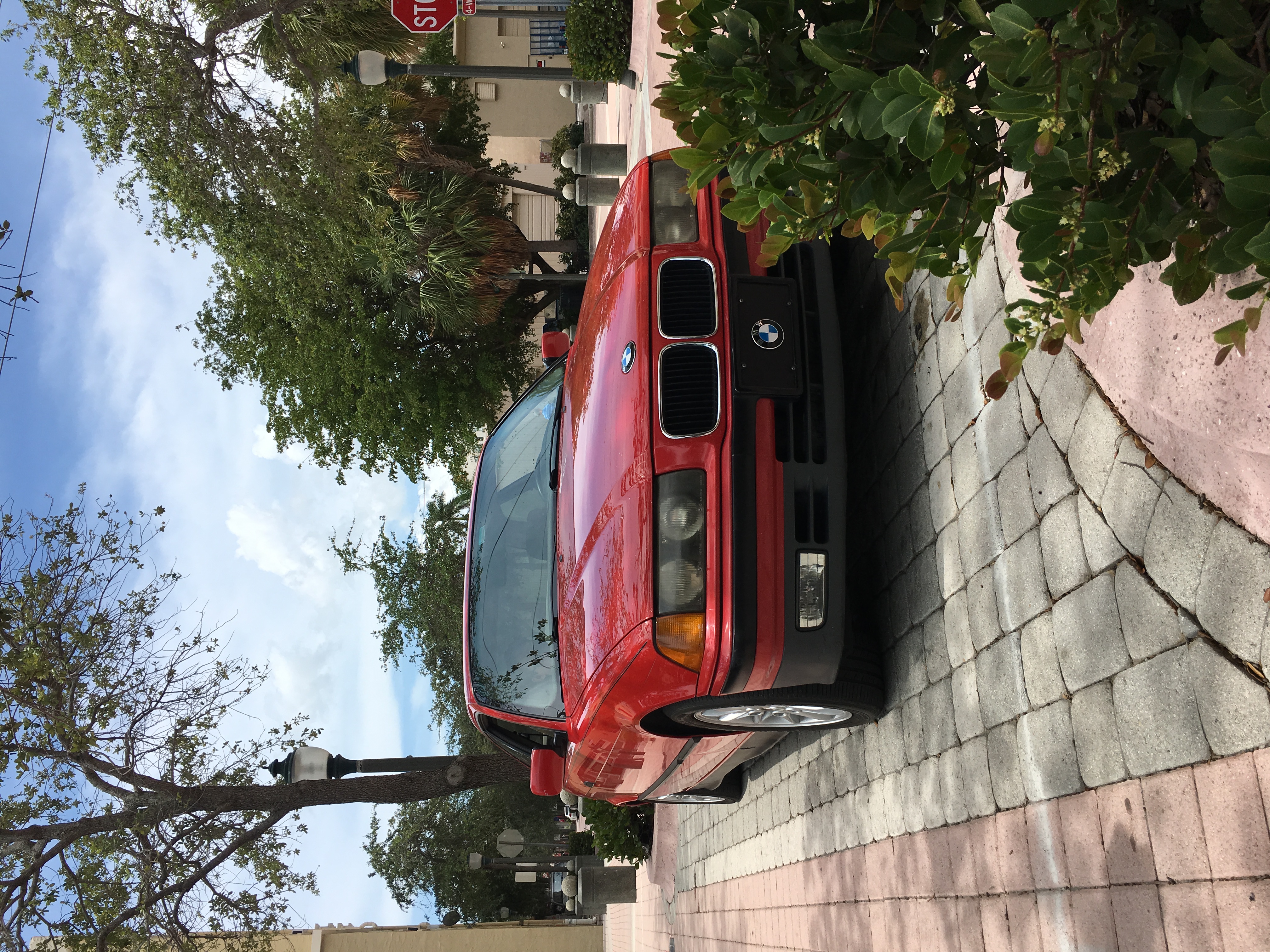