A few weeks ago I arranged to shoot a cool red E46 M3 that I had come across at Wekfest Japan. The afternoon was all planned out in my head; I knew exactly which spots to hit in the Odaiba area we were meeting at, and the shoot would wrap up with some driving shots on the massive Tokyo Gate Bridge.

What I hadn’t planned for was turning up to find three slammed BMWs waiting for me.

I was pretty surprised as there had been no mention of anyone tagging along, but after a quick look at the other two cars – a second E46 M3 and an E92 – it was obvious what had to be done.

I mean, how on earth could I pass up the opportunity to feature all three of them? The calibre was extremely high with each car clean and beautifully executed, and together they’re a great representation of what’s happening in Japan when it comes to the import show car scene.

You might be thinking that they’ve been modified for looks alone, but that is not the case. They get driven and properly used, and it was awesome seeing how each car differed from the next.

With three feature-worthy cars all to myself for the afternoon, I wanted to ensure that an equal amount of attention was dedicated to each one.

The first thing we had to do, however, was get the hell out of Odaiba. Ever since the fiasco that was the Fresh Tokyo Meet at Decks, the local authorities have become extra strict when it comes to modified cars. Yes, 18 months on and we locals are still paying for it.

Not wanting to attract too much attention with four BMWs (I was in Project Drop Top) lined up on the side of the street, we convoyed up towards the newest, and therefore quietest, manmade island in Tokyo Bay.

Here we’d be left to our own devices, and I’d have room to shoot and time to chat with each owner about their creation.

So this is how I’m handling things. Rather than throwing everything into one post, I’ll be taking a separate look at each individual car.

Before I get into the spotlights though, I wanted to share these group shots with you. Shooting them was by far the most fun part of the day as I got to cruise with these guys around pretty neat places in the port and warehouse areas of Tokyo Bay.

It’s cool to see how each of these performance variants of the 3 Series have been approached for street and show use, as I personally relate more trackday-focused builds that tuners like SunBeam churn out.

I’ll kick things off with the red E46, which unlike the other two does not live on air. Stay tuned for that. 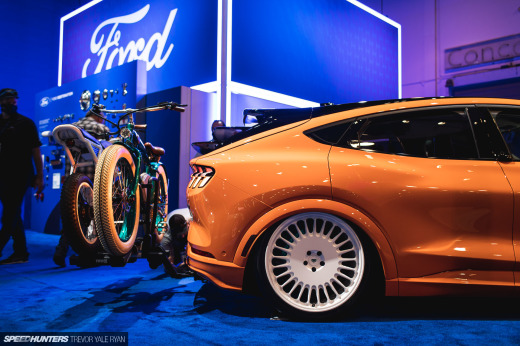 Love the E92! Can't tell if Mojave or Sepang but looks more like Mojave. One of the coolest colors BMW ever created.

I'm also super jealous of the road quality out there, anyone want to start a road building company out here? I'm fed up with the not fit for purpose roads we have here breaking my body and my car.

To be honest Dino mentioned in the post that the Island/roads was/were just built and stuff but yeah, as an East European I really envy them. Their worst roads look like the best ones in my country.

Yeah roads in the cities are super smooth as are the major highways but you get some awful roads in remote countryside areas. Biggest issues with Japanese roads is that they pour such a massively deep layer of tarmac that roads deform a lot with heavy traffic (half of Japan's traffic seems to be massive dump trucks) so you get these crazy grooves you can use as rails. Horrible for tramlining if your car has wide tires

It was filthy and three cars was plenty haha! Will do an update soon...

I hate stanced cars, especially the way the Japanese do it.

So you are implying you prefer stanced cars made by others?

It looks bad when cars have no ground clearance.

It looks especially bad when the aesthetic is "broken or missing springs and massive negative camber."

It looks bad when cars have no ground clearance.

It looks especially bad when the aesthetic is "broken or missing springs and massive negative camber."

I think you might be misunderstanding a few things. First: Car looks bad with no ground clearance - I guess this is just personal opinion. Good for you, I think its kind of cool considering you also see it with race cars. Lower=lower center of gravity = better handling. We can agree to disagree on looks, because again I think some of them can look very cool. I don't where you get "broken or missing springs and massive negative camber" from - you quoted it, so where did it come from? Two of the BMW's are on air . . . also you can lower a car with a good coil-overs that will also function well. "Massive negative camber" - I agree on that part a bit, some negative camber depending on which car will help with performance, but "stance" is about getting the wheel close to the fender and camber can help - if that is the look the person is going for.

I hate stanced cars, especially the way the Japanese do it.

The last statement I take issue with. "especially the way the Japanese do it" . . . what way is that? These cars can be rolling through the USA and it wouldn't seem "Japanese" it would seem reasonable actually, same if they were rolling around in Europe, the style is pretty tame and basically universal to a degree: cool wheels + lowered + aesthetic front/rear/other lips. 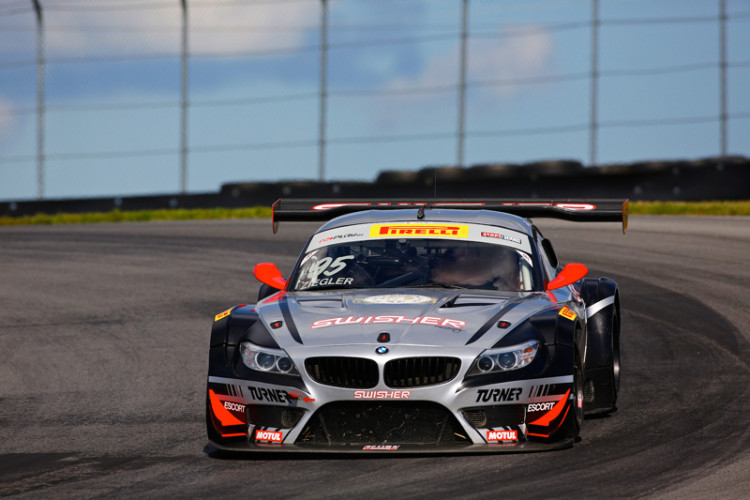 Oh, the lower center of gravity argument. I suppose so - IF THE TIRES ARE PROPERLY IN CONTACT WITH THE ROAD.

People lower cars, but the Japanese are most well known for lowering them such that the car is sitting of four rubber knife edges.

Lowering a car isn't necessarily a bad thing as long as the tires are basically perpendicular to the road and circumferential to the wheel well lip - AND YOU HAVE ENOUGH GROUND CLEARANCE TO USE IT ON THE STREETS - so the tread can grab the asphalt.

This isn't like the slight negative camber you see on a stock IRS-equipped car, this is full-blown function-doesn't-matter-my-car's-so-low-I-can't-use-it foolishness.

With machines, beauty is in their function. When your car looks like you had a Back to the Future hover conversion done, and the wheels failed halfway into a liftoff, it's ugly.

The reference to broken or missing springs comes from me. Street cars are supposed to have ground clearance - and look like it - because it's understood that they're not running on a glass-smooth track.

I don't care how nice the roads are, sooner or later there'll be a driveway or a parking lot you need to drive into and then what?

I will have to agree that the extreme camber cars are pretty nuts, but I am fairly sure these vehicles shown have a larger contact patch then a good old civic with stock 185 wide tires . . . of course those cars weigh less too, so maybe its not as valid a comparison lol. The camber that seems to be shown doesn't seem as excessive as others and pretty common for "stance" cars all over the world.

For track/canyon/autox cars I would argue that having tires that are pretty much perpendicular to the road will do less for grip and handling then having even something like -4deg + camber depending on vehicle and wheel/tire setup but having negative camber is more helpful then having close to 0deg camber.

As for ground clearance, two of the cars on bags . . . so that isn't even a point for those cars. For the static red e46 he just has to be more careful, if you can't make a parking lot look for another one! It comes with the territory!

As for function, cars are more than just machines, they are also an expression of many different things, and just looking cool is a kind of function. Besides I wouldn't be surprised if the owner has another car for daily duties. Anyways pretty cool looking cars in my opinion, I would definitely do a double look if I saw it on the road.

The outfits are as unique and diverse as their cars. Tthe orange overall and the red E46 for me please!