A Perfect Day For Some Track Time

Following the excitement of Retro Havoc, the next stop on my 10-day adventure in Malaysia was spending a few hours at Sepang International Circuit for a little track day fun.

It’s not often that an opportunity to hit the track after an event presents itself, so I wasn’t worried that I only had around four hours of sleep the night prior. I knew it was going to be a good day.

Sepang International Circuit is roughly an hour away from the city centre – so long as you don’t get caught in Kuala Lumpur’s infamous traffic chaos – and has, or should I say was a constant on the Formula 1 calendar for almost two decades. But due to falling ticket sales resulting in higher running costs, the Malaysian government last year decided against future funding of the event after the 2017 race, meaning that from this year the Sepang round has given way to the returning German Grand Prix.

As sad as that may be, I was excited to see what kind of track day weapons the Malaysian enthusiasts would bring out to Sepang. After seeing some of the cars present at Retro Havoc the prior day, and spending some time around Sentul International Circuit in Indonesia for the Goodrides Track & Show event, I had a hunch…

And that hunch was confirmed as soon as we pulled into the parking lot besides the paddock – there were H-badged cars everywhere.

As I mentioned previously, there’s one very good reason why Malaysian enthusiasts turn to Hondas over other brands, and that’s their relatively low cost when compared to imports that attract 300% tax. This coupled with strong performance and reliability make Civics, Integras and the like firm favorites among track day regulars at Sepang.

Of course, it’s not all Hondas; in the mix were a few Subaru WRXs, Mitsubishi Evos, Nissan GT-Rs, and a couple of Euros.

But Porsche GT3 RS and Mercedes-AMG A45 aside, the paddock was full of JDM cars.

Having heard such good things about the new FK8 Honda Civic Type R, especially when it comes to the fun that can be had on the limit, I was happy to see a few being properly thrashed around the 5.5km circuit.

The Ride In The Cyborg

One of the events that Retro Havoc’s founder Alie Kuoppa had planned for the guest contingent from Japan (Daijiro Inada of Option magazine, Yuji Miyazaki of StanceNation Japan, Syouzi Inoue of Star Road, and myself), were rides around the track in a Mitsubishi Mirage Cyborg owned by Hadri Emh.

Being a lot cheaper to run compared to his other cars, Hadri uses the Cyborg for regular open day events at Sepang, and it’s proven to be quite a weapon.

Originally 1.6L, the Cyborg’s naturally aspirated engine now uses a 1.8L block, and with some basic intake and exhaust modifications it’s sending 177hp to the front wheels. The cooling system has also been upgraded to cope with high running temps in Malaysia’s extreme tropical climate.

The suspension changes and sticky Hankook tires wrapped around 15-inch Enkei RP-F1 wheels up front ensure the little Mitsubishi has more than enough grip to dig out of the corners.

All that really remains of the car’s original interior is the dashboard, but that’s been altered with some sheetmetal panels and racing gauges. There’s also a full roll-cage, Recaro seats, and in the rear an upgraded fuel system with external pump, adjustable regulator and a swirl pot.

Thinking I was going to have multiple runs with Hadri, I opted to leave my camera behind and record the action on my phone for an Instagram Story on the first time out. But I only ended up having one ride, so the video above is all I managed to capture. Apologies for the quality, but it should still give you some idea of what it was like for me riding shotgun in the high-revving Cyborg.

Although I spent the entire day running around the paddocks and trying not to die of heat exhaustion (something I had to do for my whole 10 days in Malaysia), the friendly atmosphere and desire by everyone in attendance to simply have fun was truly contagious.

I’d love to have a go at Sepang on my next trip down to Malaysia. In the meantime though, stay tuned for two cars I took a closer look at during my day at the circuit.

Interestingly about the Cyborg,
Even though it's fitted with all the JDM parts, but I believe it started it's life as a National Car known as Proton Satria.
I'm saying that because the Dashboard is uniquely Proton.
The little car is a popular choice among enthusiasts once upon a time (I believe it still is) due to the cheap resources available here.
I myself had two of them (one a 1.3L I4 engine and a 1.6L v6) and crashed both of them (I was young dumb and full of adrenaline rush).
I do think you should also check out it's successor the Satria Neo. There's one right next to the blue DC5 in one of the pictures above.

I was wondering about the Cyborg and why there wasn't a few Satria GTI's running around. We have 3 GTI's at our house.
They are a little slow but relatively lightweight and handle like go carts. I just received approval this week for the mods on my GTI. It's at the mechanics now so hopefully they can get the ecu sorted and nothing too expensive pops up, 200 kw in a car that weighs 1060 kilos should be a lot of fun (engine swap to a 4G63).

Holy shit that's insane, give us more info on the project

I bought the GTI a few years ago with the engine conversion already done but not running or registered. From the info I could find out about the car on the net it was the most powerful front wheel drive car in our state (Western Australia) from 2001-2003 but it had never been legally registered (engineered). The guy I bought it off had intended to use it as a track car but medical issues stopped that.
Before I could do any work on the car myself I received a neck injury when my daily other Satria GTI was rammed while stopped at roadworks. That car was a write off and I am now waiting for surgery as just walking hurts, let alone bending over an engine bay. Worst part was I'd taken some parts off my project car to make a week away driving down south more fun in my daily GTI. The insurance company refused to let me buy back my wreck so my son and his mate could salvage them for me.
The car sat in the garage gathering dust for about 2 years while I collected some parts and tried in vain to scrape some money together to get someone else to do the work on the car.
I was about to sell it a few moths ago and had an eager buyer but I was talked into getting it towed to a mechanic who also does the engineering certificates to get it legally registered (thanks to my dad). That and I found a replacement ECU locally after looking in vain for over a year.
The mechanic was really confident that it could be legally registered. I received a letter from the local transport authority giving me the go ahead only this week. There are emission and noise requirements and a couple of regulations in regards to the lsd, oil catch can, brakes, intercooler and the battery mounted in the back hatch that need to be adhered to.
I don't have a huge budget and since the car had been sitting for so long I have my fingers crossed that they get it going without having to rebuild the motor.
Getting someone else to do the work is so expensive so I have my fingers crossed they don't encounter too many issues.

For those who are wondering, the yellow Evo suffered an electrical fire, hence the damaged hood.

Thanks for coming over to our event Ron. Our next interesting trackday would be this 21st July. First 8 hours night trackday from 8pm to 4am with new lighting system installed at Sepang Circuit.

300% import tax, that's all the reason i need not to move to Malaysia.
What an absolute joke

That must be what heaven looks like, with all those Civics! I have an '06 Civic and I absolutely love it! 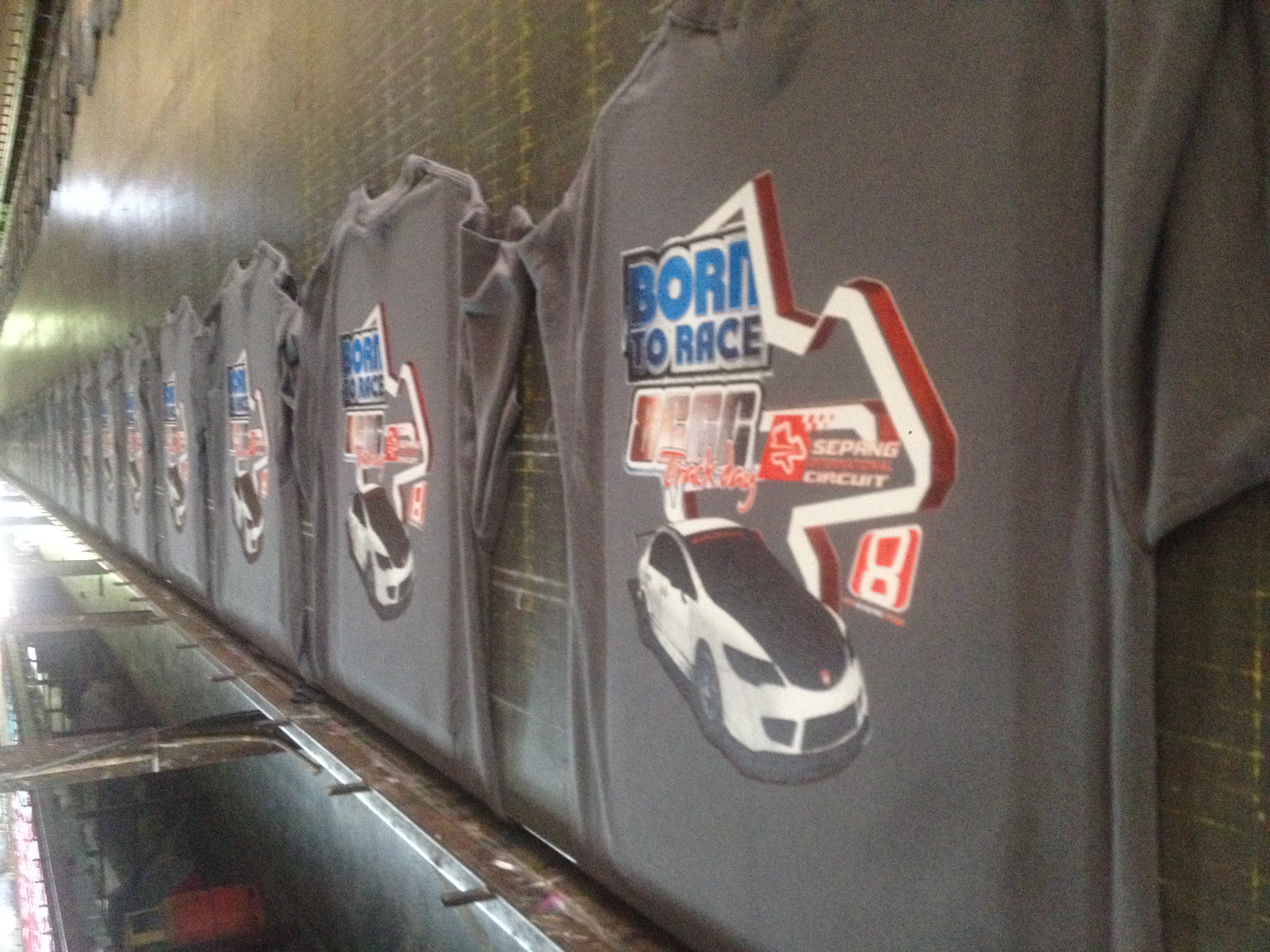