There were a lot of curious things that came out of Japan in the ’80s.

As people enjoyed a booming economy, the styles of Europe were all of a sudden attainable. On top of that, a lot of collaborations were started; be it in fashion, cars and everything in between. Manufacturers like Nissan, for example, commissioned Zagato to pen the Stelvio, which went on to be sold as a special Autech creation. The Japanese automaker also collaborated with Paris-based mens fashion label Renoma, creating a limited edition version of the N12 Nissan Pulsar Langley, of all cars.

And the feel of that all-white N12 with white wheels is possibly what the owner of this 1986 Honda Prelude I spotted at StanceNation’s 2017 Japan G Edition event in Odaiba over the weekend, was trying to achieve.

As it turns out, Renoma even collaborated with other companies in the Japanese automotive aftermarket, including a few wheels with SSR.

And they’re precisely what the Prelude is equipped with, shod in Pirelli Dragon 165/45R15 tires for a very nostalgic feel.

The white-on-white look along with the almost lowrider-esque fitment, not to mention the chrome fender flares, results in an interesting look for the Prelude. But being totally period correct, it all works beautifully together.

The white lines across the taillights are another cool touch from a bygone era of personalization.

Here’s a closer look at those chrome fender lips. Perfect.

A quick snoop around the interior reveals yet more Renoma-branded accessories, including a collaborative Italvolanti steering wheel. As you might expect, it’s a very rare piece these days.

Recaro also made these sports seats in the ’80s with Renoma logos.

The final bit of vintage and period correct authenticity comes from the grid-design Renoma windscreen banner.

The US had Miami Vice and the white Testarossa, Japan had the N12 Pulsar and now this Prelude.

I just love the fact that so much thought and inspiration was put into the build, not to mention the headache and obvious investment it must have taken to source all those rare parts from Japan’s golden age.

It’s certainly not for everyone, but it’s hard not to give a nod of respect.

Sometimes, You Just Have To Shoot A Supra

I personally love seeing period-modified cars, especially ones from the 80s. This Prelude is all kinds of cool.

Cheers for the shots of this Dino, I've seen it floating about the Facebook so it's nice to see some detail. Wouldn't change a thing... I've tentatively been looking out for the shape Prelude after this, still pop-up lamps but such a handsome car.

Yeah I dig the shape so much! Don't see many of these around even in Japan

What a blast from the past! This thing looks amazing in my opinion. I love cars that have been modified with the period correct style.

So much love for this Prelude, the owner has done a great job. Who wouldn't love to go for a blast in this 80s classic

He must have spent so much time (and cash) sourcing those stupid rare renoma parts!

"This part is rare, I must throw it on the car" I get it, but it's ugly

Granted it's not for everyone, but that's the half the beauty right there right?

I got a 1994 Honda Prelude VTEC original

You're my forever hero Dino...my first car is the same year prelude and seing one featured on SpeedHunters is a great Christmas present...

Haha glad I could have been of service Rouz!!

wow that's too cool. I can't believe I'm saying this, but those fender flares are fkn perfect lol.

This makes me miss my CB7 sooo much

Dino thank you for sharing this story and the amazing photos of this beauty! When I was 22 I purchased a '91 Prelude si, brand new from the dealership. The most beautiful car ever made, (I could be biased) it was my dream car, and still is. But I had to let her go some years later when I got pregnant, 4 doors was more practical for a car seat. If I could find one now, a black one just like mine, I would sell an organ to get it!! Just sayin'. . .

damn Dino-san now this is a bloody epic feature...i just love it. must say down here in South Africa people fit those horrid chrome flares on just about anything!! but this is the first time i see them fitted and actually look bloody good....

Same for me, I usually don't like them at all but it just seems to all work beautifully on this car

Perfect! there are two 3rd gens rusting in my back yard...some day...some day

Despite hating the stance, I still like this car. It's just so well thought out with a lot of attention to detail. If only it had it's suspension set a bit higher, it would be awesome

Before this article, I had never heard of Renoma and could care less about most Preludes, but I'm completely in love with what has been done here. Amazing.

Same. And those SSRs Renoma....much want now, not idea where I'd put them but need to have them!

That car is awesome! I just wish it had a little more meat on those tires. With it being at a Stance event, I get it. But man, I'd want a car like that to drive around and show off. It looks like it'll high-centered on a grain of sand at that height.

Possibly the only thing that would need changing, just a little more sidewall

"The 80s. The last decade that High Tech was magic, and the future was going to be awesome. But now, High Tech is ubiquitous and the bloom is definitely off the rose. Somewhere along the line, I discovered that I'd rather watch sci fi movies than live in one."

Wow, that's a whole lotta white to look at.

Excellent feature as usual Dino! This article made me all warm and fuzzy since this was the very same car that I learned how to drive a manual transmission. Brought back a ton of great memories from when I was a teenager.

Thank you for sharing. Merry Christmas to you and your family!

Thanks man, glad you enjoyed it, was quite the surprise find. Same to you and your family

Why did Honda stop producing the Prelude?

Insurers went hog-wild jacking up rates on anything with two doors, on the grounds that coupes were popular with the sorts of people who most often get into crashes - mostly dudes ages 16-30.

Because for whatever reason people don't like small, sporty coupes anymore. Which is annoying, they're aesthetically superior to just about any sawed-off hatchback of the same size, but what can you do...

Honestly, I'd like to see a return, at least here in the US where I live, to the traditional body styles. Coupe, sedan, wagon, and optionally convertible, all designed to be "longer, lower, wider". Scrunched-up hatchbacks have practical reasons for existing in places like Europe or Japan where space is at a premium, but they're ugly and it breaks my heart to see them taking over where they're not necessary.

It looks more like an amazing custom survivor from 80s that was refreshed because it already had a great look (rather than someone pieced it together from scratch last week). thoroughly enjoyable car and article though! 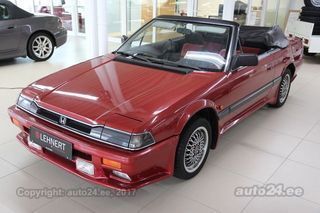 I have a 86 prelude myself and seeing it on speedhunter just gave me more inspiration to continue what I have planned. At the moment I daily it because it's my first car. The car right now is sitting at 330,000 miles but still running like a champ! I've had it for years now ever since I was 13 (now I'm 19). Still love every aspect of it and I don't regret getting it. Ever since I saw it on the drive way of the previous owner. The car was in decent shape but didn't run nor paint was good, but I saw potential in it and I was not wrong. Thank you Dino for inspiring me! Loved seeing the 2 gen prelude back at it's glory. 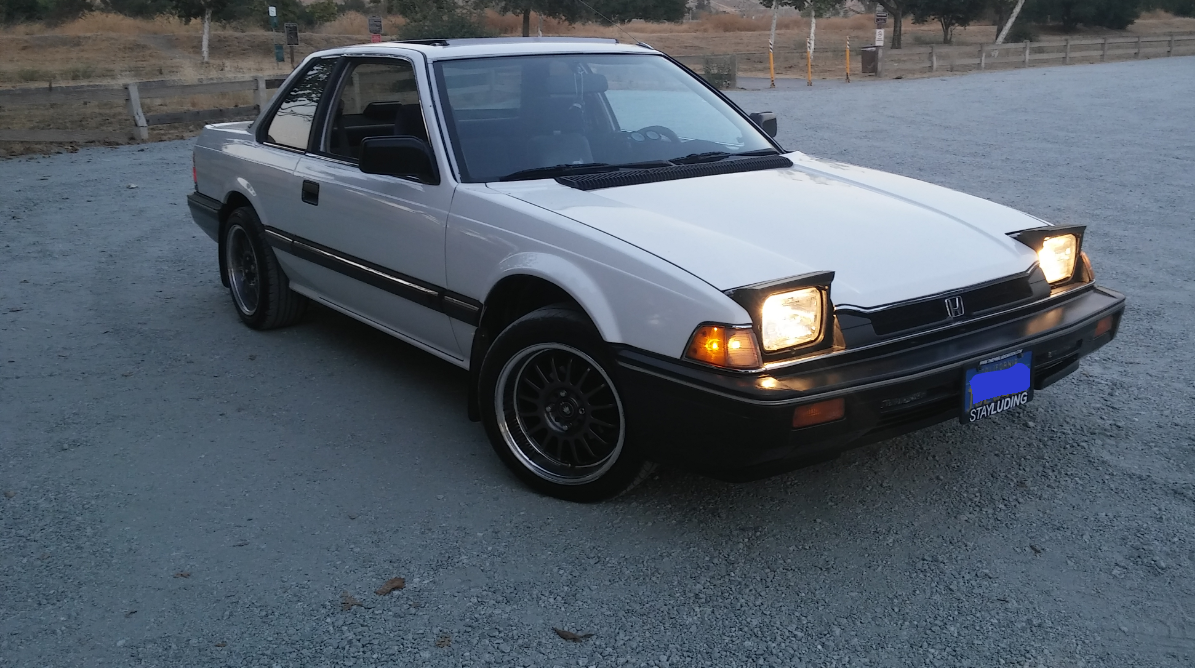 I reeealy like this Prelude. I rarely see these types of builds, but that's what makes them so cool! People usually don't build these as people most of the time don't quite appreciate them. Also, where did the owner get all those parts? Been looking a while, haven't been able to find anything...

This is perfection to me. I hope to be this cool some day.
I've made a Start with the rear lights I guess 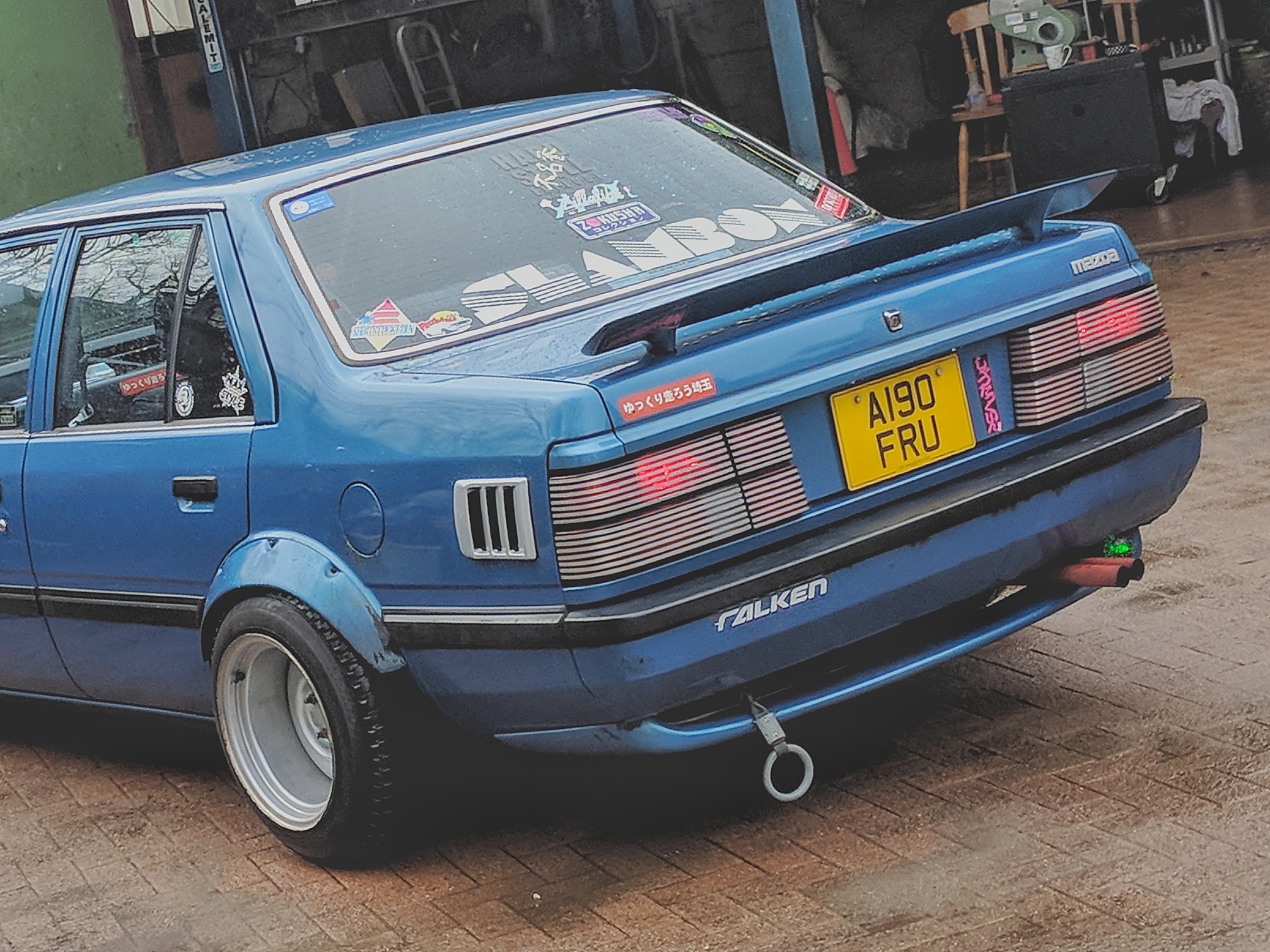