There’s no way I was going to visit R31 House and not spend some time with a genuine and properly sorted Nissan Skyline GTS-R.

Although there were no less than seven mint examples of the racing homologation special present at the shop, it was the first car I looked at on arrival at R31 House that’s the subject of this spotlight. Not only that, but it belongs to the boss, Shibata-san.

The GTS-R always fascinated me, partly because of its rather strange, stopgap position within the GT-R lineage. It wasn’t a GT-R, but it was a bridge between the first generation of the cars (the PGC10, PGC10 and KPGC110) and the second (the BNR32, BCNR33 and BNR34). Like the Rs that came before and after, it served as a homologation model (823 were built), but Nissan was weary to pull out the GT-R badge. Similar to the jump from BNR34 to R35, I guess they just wanted to be sure the successor would be something really special.

But that in no way takes away from the R31; it was a great car in all respects, just probably not where Nissan wanted to be. Plus, when the GTS-R was released in 1987 the BNR32 project was well underway, so the technological tour de force that the new GT-R was going to be was already known.

That left this particular model in a very strange and almost awkward position, but at the same time it was a special car. And because of that fact it’s attracted quite a following from the most die-hard Nissanistas out there.

As well as being powered by a beefed-up version of the RB20DET known as the RB20DET-R, the GTS-R came with a host of other performance and handling upgrades, and pretty distinct looks. During the course of its rebuild, Shibata-san’s car received a little tuning from the R31 House mechanics, and today it not only performs better, but looks a lot fresher than it did when it rolled off the Nissan production line.

Under that chromed heat shielding is a modified R31 House turbo which is the key to unleashing the 80 or so horsepower that the 2.0-liter straight-six now develops over the stock RB20DET-R’s 210hp output.

Add an exhaust system and a remapped ECU and you have over 300hp to play with. Sure, that sort of power isn’t going to blow your mind in this day and age, but the engine pulls very cleanly and in a linear fashion all the way from low revs to the 7,000rpm redline.

Not wanting to skip the details, the Skyline’s refresh extended to the replacement and re-plating of numerous metal components, including brackets, bolts, and even the throttle mechanism.

Aesthetically, the GTS-R’s outward appearance has been kept factory; there’s no real need to mess with the boxy lines, except to drop it down a little lower. And there are no 1987 fender gaps to be seen here as the car sits perfectly on R31 House coilovers.

Aside from a more modern headunit and Recaro front seats, the cabin has been untouched – and it’s all the better for it. It’s like sitting in a time machine, and while very clean and seemingly unused (there’s just 30,000 original kilometers on the clock), the lingering scent takes you right back to the late ’80s.

Things certainly were more simple back then, and it makes you miss the times when cars like this were bought for their character and driving ability above all else.

It may not have been a supercar slayer, but the GTS-R certainly brought an impressive amount of charm to the table. It’s not hard to understand why so many out there love these cars, and after spending some time with this stunning example, I think I do, too.

Damn, I'm gonna have to say..I was pretty neutral on the R31 for a while, but this series of articles you've been putting out have definitely raised my opinion of them. Keep up the good work!

To be honest its kind of sad that it takes a series of articles like these almost 30 years later to shine light on these cars. They've been cool since they first came out. Trends suck, I wish people would do their own homework to discover "what's cool" not just wait for Speedhunters to say it's cool.
I'd challenge you to now find all the other cool Nissans, Toyota's, Isuzu's, Mitsubishi's (and not just Evo's ) Mazda's of the 60's through to the 90's.
At the same time it is cool the SH acknowledges the lineage to educate those who don't know where to begin.

I think it's more a case of people not realizing it because it was not around when they grew up or were exposed to them. I came to Japan in 1993 and I honestly don't ever recall seeing too many 31s around, let alone the GTS-R. It's by going to events and meets that you discover the truth about certain cars. There are a shit ton of cool older JDM cars that I keep rediscovering and realizing how unique or advance their were for their time. We should probably make a list to see what people like and why!

Honestly, I never knew this model of R31 even existed but I love it! It's so close to perfect, but I'm almost certain I won't be alone in thinking that those wheels just don't work on that car. Perhaps in 15" or even 16" but the 18" just turn me off. Is there a reason the 18" were chosen or is it just personal taste?

I'm with everyone on this. I'd run some cool 15-inch vintage wheels with plenty of dish and a ton of sidewall. There are a lot of compact brake upgrade kits that fit inside smaller wheels. GReddy and Wilwood to name 2

It looks to me like 18" rims were chosen for the sole purpose of fitting over the brake package on the front.

Yes, that would be the main reason.
The reason they are BBS in this style would be because they are similar to the original wheels offered for the GTS-R, in keeping with the OEM theme

Seems that smaller wheels would not allow the chosen braking system.
But I'm agree with you, it look like a bit to big for the shape of the car.

You're probably right there, it's a shame as it's the only slight detraction from an otherwise awesome looking car!

That engine looks similar to a 7MGTE with that overhead intake. Only thing I would change are those lowriderish wheels and super thin tires. Clean car nonetheless!

Sigh, I'll say it: Yeah, but does it have a retractable lip?

Wasn't that only on the GTS? 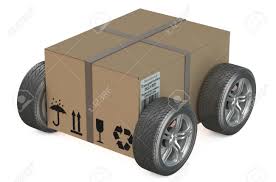 haha that made me laugh

Why are round cars considered beautiful and angular ones ugly?

Why is an XKE thought to be sexy, whereas a GNX isn’t?

Stylistically, three of my favorite cars are the Nissan R34, the Buick GNX and the Volvo 850 wagon. In fact, you could argue that the R34 is an update of the GNX.

Far from being ugly, the lines of angular cars endow the vehicle form with a sense of purpose. They’re confident and no-nonsense. They know where they want to go. The artistic minimalism is intoxicating.

The overall effect is one of a vehicle sure of itself and its purpose. A faceted shape defined by a minimum of carefully-chosen lines.

Contrast that with too many new vehicles, whose styling and panel lines meander about as if lost, with no confidence or purpose.

Or the organically-shaped jellybeans that lack character, like a first-generation Viper, a 90s Taurus or Jag XKE. Truly hideous cars.

There’s just something off-putting about an overly biological appearance. And I think that’s the point.

An angular car suggests TECHNOLOGY and an organic one evokes BIOLOGY.

People just seem to feel more comfortable with flesh and blood than machinery.

Question 1: Why do some people internet so seriously?

Question 2: When did I once say boxy cars are ugly?

Question 3: what's the word count of your essay?

2: You gave me an opening for a point I wanted to make, not necessarily respond to your particular comment.

The NA versions of the RB and JZ engines are always ruined by the overhead intake duct. The intake system should run alongside the head to accentuate the engines's lines.

Is it really that tough to run the entire intake on one side of the engine? BMW does it. 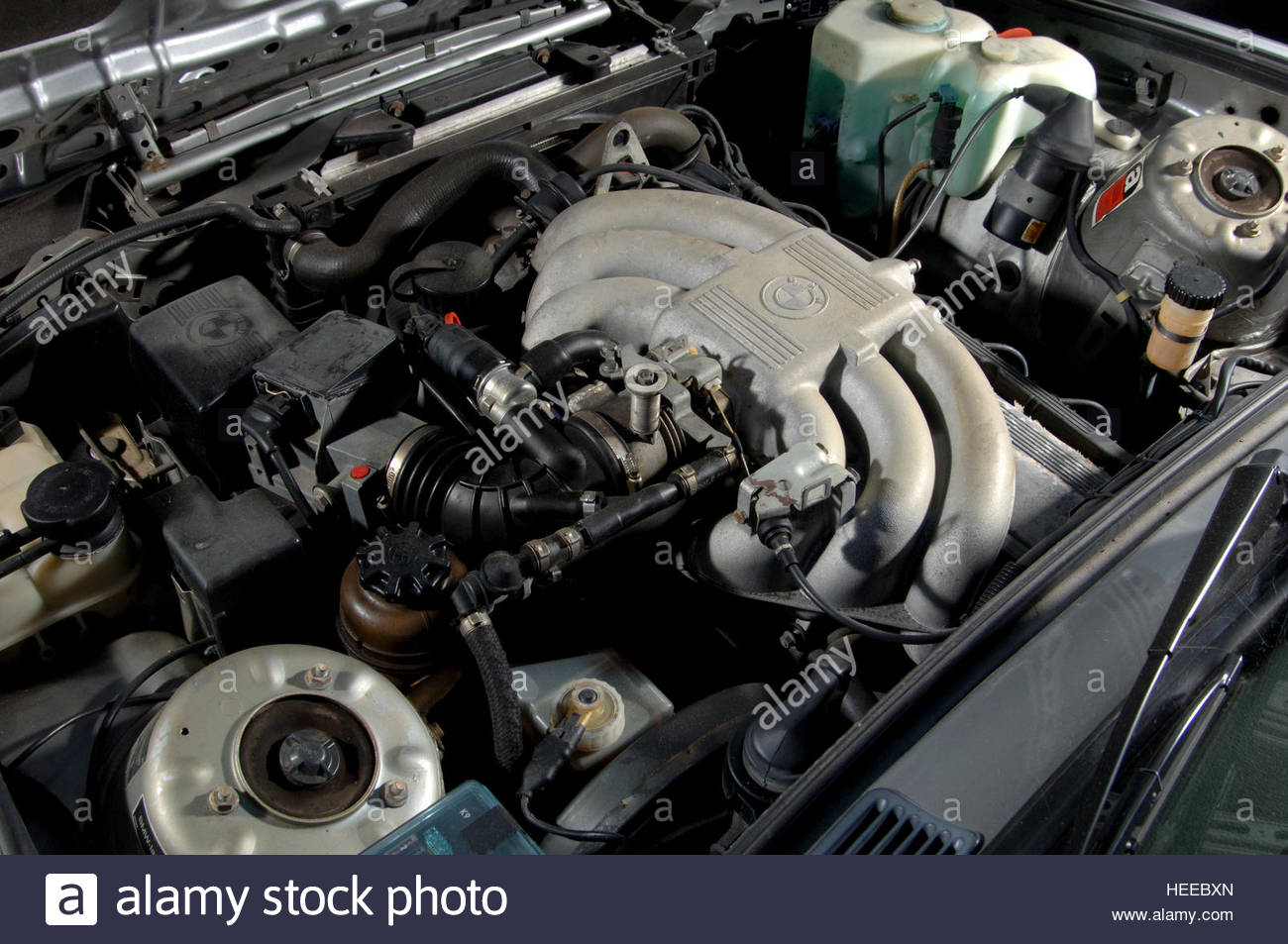 Forgot about that one. I was thinking of this. 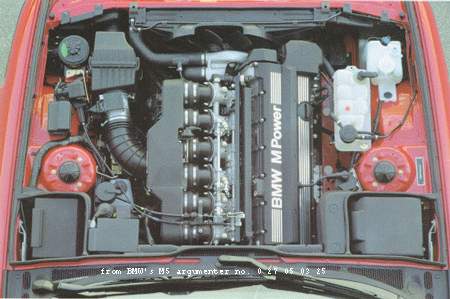 Thanks Dino, finally a GTS-R has been featured, you have made my day! But where is the video of the RB20DET-R screaming??? I think I will be using some of the under bonnet shots for inspiration on my coupe - it is SO clean!

Let's just say, it's probably better it was an IG story that was lost after 24h...

Love the car, write up! Thanks Dino... I wish I could get my hand on one of those R31s

These guys always have plenty on their hands!

The R31 GTSR is pure straight six goodness and was the start of Nissan once again getting serious about performance. Note the Group A HR31 race cars which were highly competitive and remain held in high regard. Could not think of a better predecessor to the modern Skyline GTR's. Great article.

Indeed. And thank you

One correction. The word you want is “wary” - Nissan was wary of bringing the GTR nameplate out, not “weary”

Article confirms it is wary in this situation, as does the wording of your article. Nissan weren't tired of the name plate. They just wanted to be careful with it.

Merely a slip of the key, but the second GTR generation is missing an extra 1 in it's designation I'm sure you overlooked. (PCG110)
Minor nitpicking aside; this is the kind of content overload I'm been craving for a generation of car I'm head over heels of. I'm so glad that somewhere out there someone is preserving their legacy through sheer brute force. To collect and restore them all obsessively.

I want one of these so badly

Man I love this thing. I also would like someone to throw the GT-R AWD AWS drivetrain into the R31 box for the sake of build