Have you found that your taste in cars has changed over time? Not necessarily in the sorts of cars that you like, or a particular brand or model you have an affection for, but in the alterations and modifications that you appreciate. I know mine certainly have.

The younger me used to be very much into things that were bigger, bolder, louder, faster and more extreme than they were intended. For the (somewhat) older me of today, none of those things are high priorities any more. I find myself gravitating towards cars that have a tasteful subtlety to them – builds that have been executed well, and where the owner has clearly put a great deal of time and consideration in to. Not only the finish of the workmanship, but also in the selection of what changes are made and, perhaps more importantly, what should be left well alone.

At last weekend’s Meguiar’s BBQ Club I stumbled across a car that ticked all of those boxes for me – and more. It wasn’t the most extremely modified car in attendance, nor the fastest, lowest, loudest or most extreme, but it definitely commanded my respect and attention for longer than any other.

Andrew Carter’s 1990 Golf Mk2 started out life as a 1.3-litre CL model with a four-speed gearbox. Andrew picked it up as a one-owner car with completely original spec and ran it for a year as it was.

Then, as he looked to improve a few details, things started to get out of hand. The car came off the road in 2009, and the transformation from a run-of-the-mill daily driver to a spotless show winner took place.

There’s no exaggeration in saying that every nut and bolt on this car has had at least some degree of TLC shown towards it. Even as someone who at times struggles to find the motivation to refill the windscreen washer bottle in my car, I have nothing but admiration for this level of care.

Andrew’s Golf was stripped right back a bare shell and floorpan, before being fully repainted.

The external bodywork was also shown a similar level of care, with original OEM parts being used to replace whatever was looking worn. This is as close to a brand new Mk2 as you’ll get, with a few obvious improvements and tweaks.

As part of the sprucing up process, the engine bay was fully tucked, filled and smoothed whilst retaining most of the factory ribs and shapes in the metalwork.

The engine was overhauled too, and rebuilt using Weber 45mm side-draught carburettors with polished stacks.

It’s hard to fathom that this is a working engine with oil and dirty contained on the inside – it’s that clean. Andrew also had the gearbox and all of the running gear overhauled, cleaned and powder-coated too. Automotive OCD is definitely a thing.

Inside the cabin, the Recaro interior has been completely retrimmed in beige tweed, right down to the rear parcel shelf and plastic trims.

It’s just the right level of retro cool, and a look that the car easily pulls off.

The car sits very low over a set of BBS E26 Motorsport wheels thanks to a set of StillStatic Ultralow H&R coilovers. Wilwood brakes peek out from behind the gold spokes.

The exact aesthetics of Andrew’s wheels will undoubtedly be a Marmite thing. Rebuilt using brand new BBS barrels and lips, and centres prepared by BBS specialists Racing Team Hofmann in Germany, the face of the wheel extends out past the edge of barrel, referred to as ‘zero lip’. Love them or hate them, it’s an iconic wheel that I think suits the car perfectly.

Andrew tells me that every part has either been painted, polished, chromed or powder-coated. Every single nut and bolt that came off has been replaced with brand new hardware as part of the rebuild too.

The rebuild took around seven years in total, but for Andrew it’s been seven years well spent. This is one build that’s easily worth more than the sum of its parts. 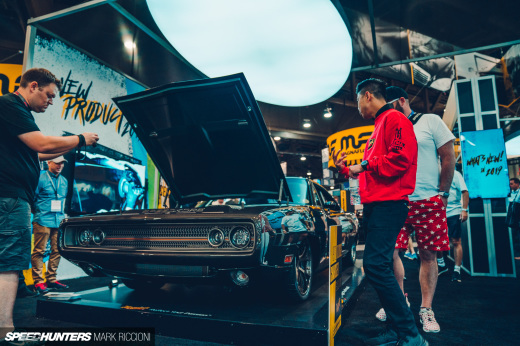 More VW please mk4's being the car of choice. Best site around for years!!!

I never get tired of seeing VW builds like this. I really hope this style never dies off.

Funny, just started my own mk2 project after have just sold my loud and fast impreza. Trying to accomplish a really fun and simple car to enjoy on backroads and track, wont take this route tho even if the car is amazing but i want to get out and drive soon 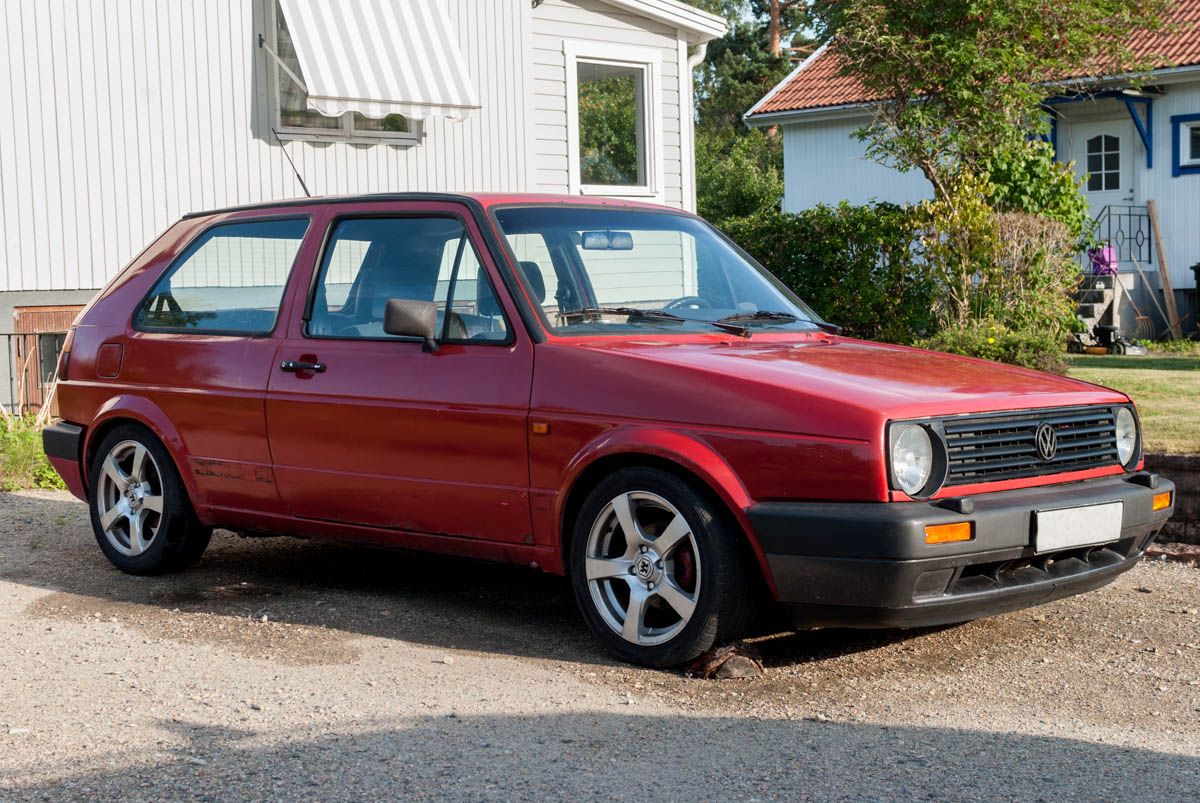 Nice move! Simplicity is the way to go with these.

Nice one man...yet I still prefer the mk 1 gti

Not a fan of the "zero lip" either. Rest of the car is bang on.

I agree, the zero lip thing doesn't do it for me. Plus not even sure we have marmite in Canada.

When you wheel incept like you did in the first photo it's hard to see why this car is special.

I'm not sure what this means.

Bottom right hand corner is the same wheels as the car featured.

Where the hell is the brake booster?

Right hand drive car. booster is on the left as you look at the engine bay. Well camouflaged with body colored paint.

Every single higher budget Golf1/2 build is exactly like this one. Clean engine bay, expensive wheels, expensive retrimmed factory interior, and most of the time, the car is red.

There's nothing groundbreaking here sure, but that was the point of the narrative – you don't have to reinvent the wheel to create something special, just build the best wheel you can.

hard work, money and dedication. no doubt on that.

You can tell from miles that this car is well taken care of and it's all done with love. That's probably the best looking VW i have ever seen

While I can appreciate the dedication, skill and money put into this kind of build, it's still not for me, not that that matters at all. My question is, how the hell does it stay so damn clean in the bay? I assume it's only rolled out for shows on dry, sunny days? Do you attack the engine and box with the same polishes and things you'd use on the bodywork? Is it stuck on a lift to be cleaned from the underneath or something? It's unbelievable!

I'm VW all the way through, no dig at the car, pics, writing, any of it, but this is what I came to Speed(being the operative word)hunters to get away from. Not having a moan, just weird, loads of sites for shiny stuff and I know it's what gets the views in, but fast cars never get old. Oh and no rain tray but still got a brake servo overhanging, red gearbox, not keen on those two if we're here to talk about what things look like, but fair play.

We've covered this before many times – Speedhunters isn't just fast cars, and it's not like there's no enough variety on the front page alone to satisfy those desires :).

looks like it pulls from the bottom to me.

This might be it actually - looking closely it looks to come from beneath.

I can only guess he pulled it for show. Pretty sure it drove in and out, unless he Flintstone'd it home.

How many professor's jackets had to sacrifice their elbow pads for that interior?

Can't get used to the wheels, it looks like they are put together backwards.

I like the exhaust. Of course I like the intake looking to the front. I became to like the factory ribs and shapes in the metalwork. I would not tuck away the throttle cable. Somehow the integrated coil-sparkplug connector assembly on my stock car looks cleaner than these soft-cable based solution.

The engine just floats in the engine bay!
Who needs plastic covers anyway, seen in most of today's cars.

The car is most definitely awesomely well built... that engine bay in particular *drools*.
But no, the wheels are terrible. Never been a fan of them.

Do you have a paypal account. in case if you have you can get an extra 750 /week to your paycheck just working from home 2 hours every day, look at this>>>http://www.socialjobs5.com <<<

Do you have a pay-pal account ? in case you do you can make an extra 750 every week to your pay-check just working on the internet five hours a day. look at
>>>http://www.socialjobs5.com <<<