With just days to go now, we’re getting excited for the start of the new Autobacs Super GT season at Okayama International Circuit.

In years past, it was pretty hard for anyone outside of Japan to follow the famous GT racing series, but thanks to Nismo TV, the entire 2017 championship is once again being streamed live (and free!) on YouTube, with English commentary to boot.

With new GT500 chassis regulations coming into effect this season, it’s all fresh machinery in the top-tier class, and that’s reason alone to watch the action unfold at the Okayama GT 300km Race this coming Sunday (Japan time).

Last year it was Lexus that dominated the championship podium, but can they do it again? The LC500 certainly looks the part. We can’t forget that Nissan GT-R Nismo GT500s finished first and third at Okayama in 2016 though, so it will be interesting to see who gets the first points on the board. Let’s hear your predictions for the Super GT season ahead in the comments section below. 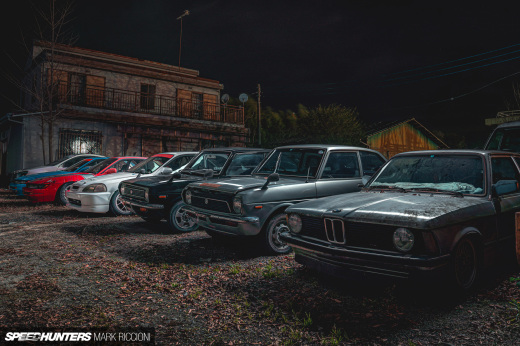 It should be a great season to watch, Cant wait to see the GTR win.

What time on Sunday?

It looks like it will start at 1:30am EST Sunday

I actually prefer the Japanese commentators for SuperGT they sound way more exciting and love to talk about the on-going car battles during the races. NismoTV I found a bit bland from last year so I'm hoping they can get "fired up" about it this year!

Yeah, I'd be JUST FINE if they just captioned it, or kept the Japanese commentators on at a lower audio level while they dubbed over the English.

But I'm sure it's a broadcast rights thing they have to supply their own casting.

Almost got burned by an r33 gtr! https://youtu.be/HvUnuALTggU

Hahahah!! This is the version with those retarded english announcers who dont what WTF is going on... Gotta love it when "the red car is passing the blue car..." and "here we go with the interview, dont know what they're saying..." NO THANKS NISMO TV, I'll stick with the Japanese version!

Sam Collins, the main broadcaster on NISMO TV, is one of the best and most informed commentators in the business today.

The "red car / blue car" thing you refer to is 3+ year ongoing joke amongst Sam, and the regulars who follow SGT on Twitter and the YouTube comments section....and the joke is based around the fact that those two teams have been going at it hammer and tongues for 10-20 years now.

As for the interviews, again, it's a joke making fun of the fact that no talking head in any on track interview ever says anything useful. They thank their sponsor, and tiptoe around technical question...it's the same in Japanese as it is in English.

Is that Sam Collins of Racecar-Engineering.com fame?? If it is, then yeah, respect to the guy, he knows a lot! I still prefer the Japanese announcers though. I particularly love the guy who's only line all the way through the commentary seems to be " sou desu ne..." I've always wondered how much he gets paid for that line. And thanks for the explain, I'll give them another try. Dont hold your breathe though, I've never really understood the English. They race Ford Fiesta's after all...

Yes, that Sam Collins. Don't get me wrong, the Japanese guys are fun to listen to, but to actually stay informed, Sam is where it's at. He does his best to stay on top of developments in the tire war, which plays a huge role in the series (reason why the GTRs are slow right now). He's also really on top of all the different types of cars in GT300.

And while the British may race Fiestas, the Japanese have no problem racing a Prius. Racing is racing lol.

There's supposed to be a sense of humor involved. But then again not everyone has one.

I have had this dream of follow a race season (any discipline) since i was a kid, maybe this is my opportunity, the las time i follow a season was on F1 when Kimi Räikkönen was trying to take the championship from Michael Schumacher hands (great moment for F1), probably on my position English comments will be the best, so i can know whats happening.

Follow this series, you won't be disappointed...easily top 3 best series in the world right now.

Someone in Mugen Hondas electronics department needs to be fired asap lol. Hope Honda and Nissan get their shit together (Michelin too), otherwise we'll be watching the Lexus cup thIs year.

With the new low downforce rules this year, it's gonna be interesting to see the 500s trying to navigate through the 300s....Okayama is not really a high downforce track and you could really see the 500s struggling to hold outside lines around the 300s. Fuji and Suzuka should be interesting.

Shame that this year is the last Suzuka 1000 as well :(. There's rnough GT3 only endurance races....dropping GT500 from Suzuka is like removing prototypes from Le Mans or Daytona. From what I've seen as well, not many teams are interested in the new Suzuka endurance race because of the tires...hope it works out.