At last month’s World Time Attack Challenge, all eyes were on the Pro class teams as they challenged the laws of physics while gunning for outright lap records and event honours. The hot tip, however, was to watch the competition in Open class where the regulations are tighter than Pro, and as a result the field is a closely compressed group of less outrageously bewinged cars.

Much has been said about the ZN6/ZC6 platform since its 2012 debut, and it has established itself as a decent base for a grassroots race car build; the affordable price, sporting dynamics and aftermarket support drawing in customers from many different forms of motorsport. However, with the exception of drifting, I haven’t seen the chassis achieve the level of success that I’d expected in wheel-to-wheel or time attack racing. I’ve a few theories on why this might be – too much weight in a new car that can’t be removed, or a tendency towards oversteer that is difficult to overcome when more power is added.

So spotting the V-Sport Toyota 86 in the Sydney Motorsport pits on the Friday of WTAC got me rather excited. Here was an extremely comprehensive attempt at turning an 86 into a real Open class title contender. It was also fresh for 2015, being completed in the preceding months and weeks at V-Sport’s Western Sydney workshop. When I saw ‘N.Bates’ on the time sheet my mind instantly turned to Australian rally royalty Neal Bates, but as it turns out this 86 is owned and driven by V-Sport owner Nicholas Bates, Neal’s younger brother. I feel like the Bates family barbecues would be a lot more interesting than mine…

The V-Sport team has proclaimed that they intend to unlock the latent potential of the ZN6 and create the ‘fastest 86 in the world’. It’s a bold claim for sure, but taking a closer look at the development applied to this car, it might just be on its way to achieving that.

Beneath the subtle factory-style silver paint is a whole lot of carbon replacements for the original panels, including a dry carbon roof and doors from Seibon – the doors alone contributing a saving of almost 50kg. Wet weight is down to 1120kg, slightly above the minimum weight for Open class but leaving the guys happy that the factory-bodied car hasn’t been completely hacked to pieces.

The simple five-spoke Advan Racing wheels don’t really scream for attention, but they are a race-proven choice. In 18×11-inch sizing all around, they nicely fill the wide guards for a functional stance while adhering to the rulebook’s minimum height requirements.

The 4U-GSE/FA20 remains under the hood, albeit with significantly more power than factory. For the 2015 event, 330kW (442hp) at tyres was achieved on 20psi of boost – traction issues prevented the team from pushing it any higher. Builder John Healey told me that with more testing and refinement of the rear geometry, they hope to get better drive and can then turn up the boost to a more suitable 400wkW (536whp). All this with the stock 2.0-litre displacement and a standard crank – although upgraded rods, pistons and HKS camshafts have beefed up the internals.

I’d remembered seeing an identical Peterson dry sump oil pump on the 4U-GSE in Beau Yates’ drift car prior to a 2JZ being swapped in, and as it turns out, the V-Sport team actually purchased Beau’s pre-loved unit as a back-up while using some of the bits and pieces that the top-ranked Australian drifter had already tried and tested. The team is using a sequential transmission from Samsonas while a Emtron ECU and MoTeC PDM partnership takes care of engine management.

Like many, I associate the AP Racing brand with big brake kits, but poking around the V-Sport 86 I found a catalog of other parts, including the floor-mounted pedal box and (in the right of frame) an air-jack system that makes raising the car a much simpler proposition for the team. Not forgetting the brakes, the team has developed a custom setup based on AP discs and calipers. The interior is otherwise functionally appointed with a carbon dash, plus fuel and dry sump reservoirs mounted behind the driver’s seat.

By the end of the weekend Nicholas had managed a 1:34.5 in the 86, placing him 12th in the 30-strong Open class field. This made it the fastest 86 at WTAC, but I’d say that there might be a few challengers for that worldwide title that V-Sport is coveting. Overall, the team was happy with the result considering the new car/driver combo, but with the extra power and some aero innovations, cracking the 1.29 barrier is the stated goal. In 2015, this would mean an Open Class win, but in 2016? Only time will tell…

In the meantime, V-Sport is aiming to stretch the 86’s legs at not only track days but hopefully a hill-climb or two, which gets me – a huge fan of road racing – really excited. As a demonstration of what can be done with the ZN6/ZC6 platform, I’d say V-Sport has definitely succeeded.

If you’re after an even more detailed look at the car and the build process, head on over to V-Sport’s website where the whole process has been documented with photos and video. 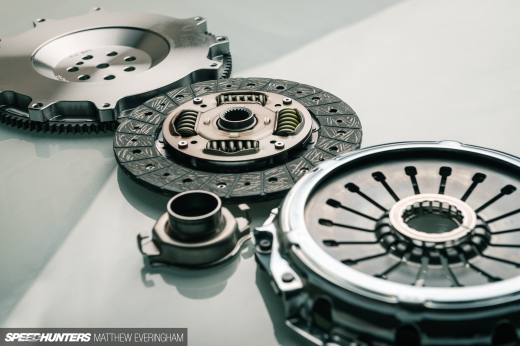 Cops Are Car People Too 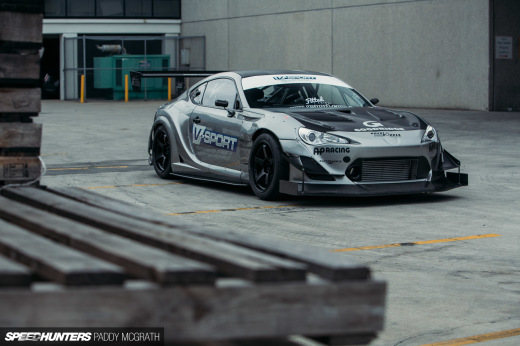 My theory on the. Gt86 chassi is that the short wheel base and rwd makes for a unstable ride through high speed turns (compared to longer wheel base rwd cars) and prevents the car using its power coming out of such turns. I see cars that are far heavier such as the r33 gtst (1390kg) post faster times due to their far longer wheel base which promotes stability into and out of a corner. The silvias and even rx7's to an extent have the same dilemma, they all post times at time attack that are somewhat inadiquate for their level of power and aero. Even Under Suzuki wasn't posting laps that were that fast in the early days of time attack but as the aero has increased the stability and traction increases exponentially and we able to see him better take advantage of the small, light weight rwd chassi. This is prob the reason you see pro drifters use gt86, silvia, 350z etc as opposed to longer wheel base cars that are being phased out of pro level drifting such as chasers, skylines, soarers etc.. Ofcourse you see grassroots level longer wheel base cars is still popular but I presume that only because they come standard with Rb and Hz engines and drive trains as opposed to smaller cars having more expensive to tune and less reliable engines.
Ofcourse this is just my opinion having been to world time attack a number of times and observing all sorts of drifting and time trial events.

Gary89 I agree with you for the unstable ride through high speed turns. I also believe that with more tests and development can be a giant killer.

Nice feature. I would like to see Evasive Motorsport's Scion FRS competing in WTAC too!

Yea I'm sure it will be. With more aero and some suspension and chassi tweaking to optimise rear traction it should be one of the faster rwd cars.

No one gives a shit what people see or think.  Come out with your own cars.  Kick some ass.  Then you've earned the right to speak.  Too many internet warriors/gangsters these days.  Anyone that goes out there, spends their money, efforts, time and creativity and makes some $hit happen, have earned something.  All the dreamers can sit at home and eat themselves.  No one cares.  This is one extensively done up and tested FRS.  Respect.

These cars are gonna be real fun when they're a few years older and a few thousand cheaper.

abezzegh87  Except in the States a Mustang is about as interesting as a Camry.

Gary89 I wonder if that has anything to do with the extra width taking away from the proportions that made it more stable from the factory? I'm no racing engineer so this is actually an honest question:

In the quest for more cornering grip, the car is now more of a square shape; are wider wheels detrimental to handling at high speed?

the weirdest thing is that the gt86 isn't even a corolla

abezzegh87 As a GT86 owner, I cannot agree with any of your comments haha.

That's wieird for a Toyota to be that fast

abezzegh87 Interesting point of view. I think it has definitely been a sucess as it's one of the most popular cars around in our scene, despite how new it is. I've been wondering ever since it came out when the hell we were going to see a turbo version, as it seems like an easy win - I feel that might change things.

The stock brz/86 has been designed to be fairly playful, even with very low power they still some what tail happy. Fitting wider guards allow for the bigger tyres which in open class is a 295 which will increase stability and traction considerably over stock. Even if the differing proportions marginally decreased stability (which I highly doubt) the new levels of traction enabled by the huge 295 tyres would easily negate the affect increased width would cause. In open class you can slightly change the mounting points of the suspension, im sure with improved suspension geometry to handle the power and grip that has been considerably increased over stock the car would perform even better.
1.34 is not slow by any means though and for a car on its first outing it's got very high potential. Consider that in 2014 the fastest car was a 500kw+ r34 Gtr that did a 1.30 and this year it was a easy 350kw+ Eg civic that weighs almost nothing. I'd say 1.34 for the first time entering time attack and on only 330kw (which is less than a lot of clubsprint these days) is a amazing time, I have no doubt with more power, fine tuning, aero and maybe a few chassi configuring a 1.29 will be possible.

Gary89 thanks for sharing your thoughts here Gary, seems like you definitely have your head around this time attack game. I have to agree that there is a lot of latent potential in this car and in 2016 the guys will be in for a chance at class honors - but who knows how much further JDM Yard etc. can take their already-sorted cars!

Thats an impressive build and I am sure there is a lot more speed in that car yet.  Good coverage again Blake, thanks