As the Geneva International Motor Show hits its stride, one car has overshadowed the slew of supercars that have rained down on Switzerland this year and been blowing minds the world over. The Koenigsegg Regera has come to reign over everything here, in every sense. The numbers just keep getting bigger – it must be to do with the long winters in Sweden. But then there’s something different with the Regera, different even for inveterate mavericks like Koenigsegg…

There are a couple of things we’ve all come to expect from these guys, mostly involving an almost blatant disregard for the status quo and an almost fanatical dedication to speed. The Regera doesn’t just hit those marks, it redefines not just how far you can go off reservation, but what acceleration really means and how you create it.

You could just stop at the fact it’s a new Koenigsegg, tick the fast box as a given and admire the Regera’s beautiful, organic shaping. It carries a clear evolutionary lineage from the previous models whilst introducing an even more swooping and sculptural package, their prettiest car yet.

But then when the specs are delivered, deadpan, it’s hard not to laugh as your mind slowly unravels. Let’s start with the fact it doesn’t have a gearbox.

This is, after all, a plug-in hybrid at its heart, sort of like a Prius with one gear. Right. A 250mph Prius. Okay, it’s not like a Prius. This is the glory of Koenigsegg’s latest innovation: Koenigsegg Direct Drive, a single-ratio power delivery system that seamlessly bridges power from electric to combustion engine motivation in unholy style.

Based on a highly modified Agera S chassis, the Regera has 241hp electric motors on each rear wheel powered by a 9kW 620-volt, water-cooled battery store to back up an already ferocious 1,100hp twin-turbo V8 mounted amidships.

That V8 is like the second stage ignition of a Saturn rocket – the in-wheel motors launch the car using pure electric magic, and then a third electric motor making 215hp works in conjunction with a hydraulic coupling to bridge the torque gap between the electric and nuclear-bomb combustion engine. That’s almost 700hp from the electric trickery alone.

Silence, silence, speed and then all the noise in the world and off into hyperdrive territory. 250mph in 20 seconds. A potential useable total of 1,500hp and 2,000Nm of torque.

The Regera also uses a regenerative braking system to replenish the battery. Continuously varying transmissions are no new thing, but no one’s ever done anything like this with the concept. It would take a Christian Koenigsegg to do that, after all.

The front tyres are actually wider than the rears to compensate for the weight of the battery pack; all four surround ultra-lightweight carbon rims.

At the rear is a bespoke, sound-tuned titanium exhaust jointly developed by Akrapovič, which uses fish-tail outlets either sides of the main pipe – which is actually a cooling outlet for the battery.

The gorgeous lines of the car are more than aesthetic flourishes in carbon – the huge side intakes are all part of the complex aero system that keeps this missile pinned to the ground. The chassis is full active-ride – the underbody fins can be dynamically controlled, the rear wing sits tucked down tight in the streamlined tail, popping up as necessary, and the front fins similarly deploy automatically.

So, it’s faster than anything else you can imagine that doesn’t leave earth orbit, is an aerodynamic marvel, looks incredible and is a plug-in hybrid. Then it also whips its top off just when you’re not expecting it, turning into a completely different car.

But then again, it turns out the Regera is like a Transformer. Koenigsegg’s robotised marvel, everything is controllable from a smart phone, with all panels using a soft-close system for that slicker-than-slick feel. Even the wing mirrors automatically fold in when the scissor doors gracefully and automatically arc open.

Just 80 will be made. The thing is that with Koenigsegg every time you see a new car that defies imagination, you know there’s likely the next thing already ticking around the ever-active mind of Christian and his team.

A couple of years back I talked about the savage weapons of Geneva. Looking back, they just seem like child’s playthings now the Regera has hit town… 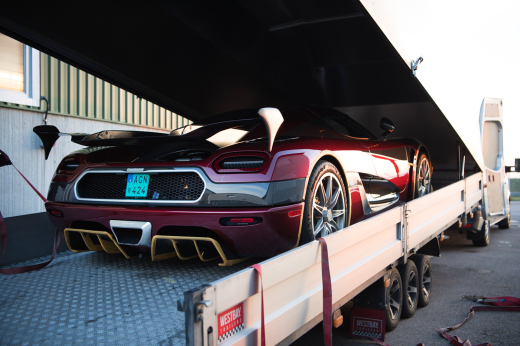 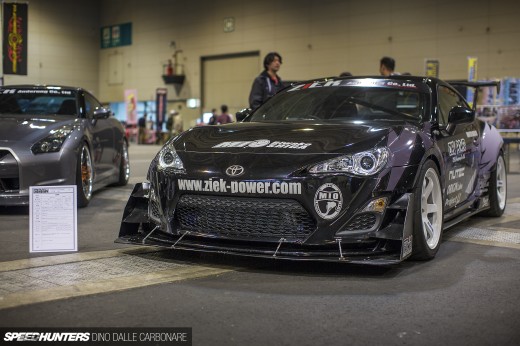 Out of all of the hyper/super cars out there, Koenigsegg has got to be my favorite. Hands down. This just reinforces it.

How long before those wheels end up on a bagged MK6 Golf GTI....LOL!

That ride is from another planet! WOW!!!

this car is a piece of art and engineering !

The fact that the exhaust ARE the diffusers too just... yeah that's the nail in the coffin. Time attack builders, take note of that bit.
But, just a hypothetical question, as this car won't be up to spec in WTAC (the Agera RS would, though): What if someone DID enter the Regera in a Time Attack event? What's gonna happen to the space-time continuum as experienced by the audience? Will both the car and its driver go across the line and end up in the 22nd Century?

I'm in love with this car! at first I thought it wasn't aggressive enough (compared to the One:1) but then I found out its got hybrid (poor Christian Von Koenigsegg hates that term!). By any chance could we get high res versions of these photos?

You've got to love Koenigsegg. From competeting with the other "hybrid" hypercars with the non-hybrid One, they now look to be completely rewriting the rulebook with this one.
Really interested to read more on the drivetrain technology, hopefully more detailed information will become available as the car nears production.

UWerqxTeam_MJ gotta love that exhaust/diffuser.  Gotta hand it to Christian, he's the one  who'd think of this.

Looks awfull from behind, doesn't convince me

It has got that oldschool longtail look, also somehow reminds me of Jag XJ220. Beautiful

Fenton  You are not the only one

Glad to see a hypercar that it has elongated timeless looks

Only weighs 3600 lbs... impressive. I wonder if thats due to the lack of a gearbox?

Fenton Ah yes, that's it exactly! I was trying to think what it reminded me of... That was killing me!

Just 80? I'm sure if you got the money you could request one built after the run.

@zz Well, the thing is - Koenigsegg has made a TOTAL of about 100 cars~ in 10 years, 80 cars in 4-5 years more of a single model, has made them re-design and add a major new line to their factory, and renewed their staff with 30% more people (only this year)
The company has less than a 100 people I believe, so they have to put a stop somewhere. But if you pay enough, they might be able to buid a few more

. But as a proud swede, I hope to see these machines f*ck some competition up!

AlexLobanov yes, it's the lack of the gearbox that allows this hybrid to be that light.

Yup too true. Why do you see so many written off Enzos and Veyrons, because too many people buy them as a show piece and then when they show off, it ends very badly. Hence there's a million and one pics of this......

tbtstt I'm more interested in swapping the drivetrain somewhere. One that can break the Internet. Which means no JDM, no Bimmer, no wagon.

http://youtu.be/YWm8xEapjuQ?t=1m55s
Is that you Jonathan?? Also, in your fourth shot that's Henry Catchpole from EVO magazine. It's Koenigsegg-ception!!!

JustinJadunath Ha, seems like I let nothing get in the way of the shot...

I own a Samsung Mobile S-4 and browse the matter and it is already the subject is worthy of respect and appreciation .

It would be nothing without Rimac el power plant.
Please check out Rimac.

I think that Christian would have been able to come up with something like this himself. Mainly because he has probably been designing this for a while. Every car he puts out there is so over engineered, I cannot imagine that this came to fruition within only a year.

It seems like they already did by the presence of porsche 918, Ferrari Laferrari, mclaren p1 gtr, etc..