Our first limited edition, large-format art book, Volume 1: A Year In Global Automotive Culture, gave us the chance to highlight the breadth of events and cars that the Speedhunters team experienced in a typical year. The 400-page heavyweight proved wildly popular, selling out from Speedhunters’ online store within two weeks of publication. So, it’s about time we released a follow-up, yes? This time we’ve decided to focus in on a specific collection of images, gathered together under one banner: a phrase that sums up the power and emotion of high performance and high adrenalin.

We call it #Maximum Attack.

What does that mean? It means smoke, screaming tyres, and roaring engines. It means cars teetering on the edge of adhesion, flying through the air or splashing through the worst conditions imageable. It’s about finding the limit – and going beyond.

Once again we’re letting the images do the talking: inside #Maximum Attack are 160 pages of the most aggressive and violent shots that our team have captured at races and events all around the globe, organised into eight chapters looking at different visual themes of physics-defying automotive imagery.

Over the last year the Speedhunters team has visited the shimmering heat of the Bonneville salt flats, the mud and mist of the World Rally Championship and the nitrous-fuelled strips of the NHRA, witnessed door-to-door combat in series that include Global Rallycross, the World Touring Car Championship and Formula Drift, and hit up classic events like Le Mans, Nürburgring and the Spa 24 Hours – and many more – in search of the ultimate examples of #Maximum Attack.

And what does this dose of printed #Maximum Attack give you? Well, we’ve slaved over every aspect of the book’s presentation, from how it feels when you first receive it to the individual shots printed within. From the moment it leaves Speedhunters HQ, #Maximum Attack is wrapped in bespoke branded packaging to ensure it arrives safely at your door – and that what’s inside is clear. We maybe should have added a ‘dangerous goods’ sticker…

The book comes in a protective hard slipcase: on the outer sleeve is a classic Larry Chen night photograph, shot looking up at Spa’s legendary cliff-as-corner Eau Rouge during last year’s 24 Hours enduro, and on the reverse a taster of the range of imagery that awaits you once you pull the book out.

Simple and to the point, the cover for #Maximum Attack is pretty hard to ignore, with its specially-applied fluorescent orange finish.

Inside, eight chapters take you through the themes of #Maximum Attack.

Alongside the clean multiple-image spreads in #Maximum Attack, we’ve pulled out the most dramatic shots in each chapter as glorious full-bleed spread images…

…and we’ve also created collages of action sequences for maximum impact. A strictly limited number of copies will be available from our online store from the first week in April 2013, store.dev.speedhunters.com, with an RRP of $45 from our US store or  £32 from our UK store. Check back in the coming weeks for more release information! 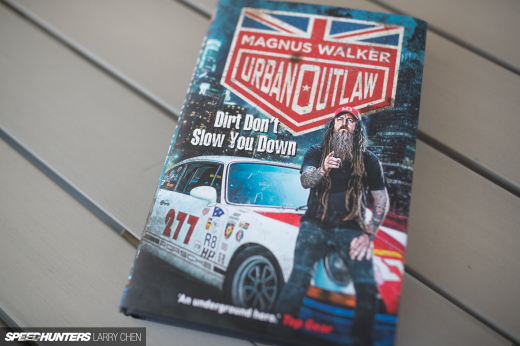 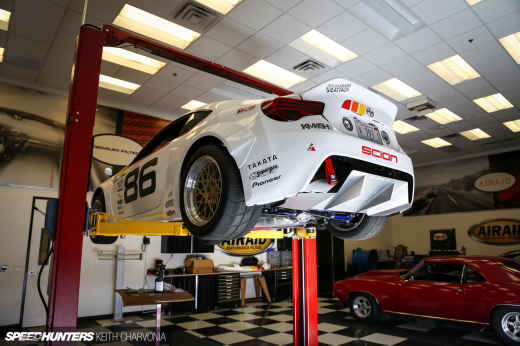 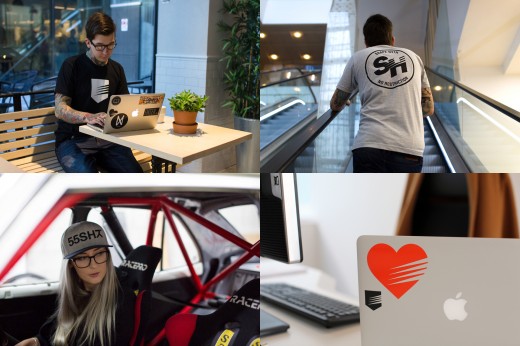 Welcome To The Speedhunters Studio

Just in time for my birthday! (April 19th)

Any indication as to how many copies will be available, im very keen to add this to my volume 1

I would love to add this to my collection as I already have the first volume. Cannot wait for this! Is there a mailing list or anything to alert us to when it goes on sale?

@FunctionFirst Yes, so you guys better act quickly or it will sell out. For those of you who missed out on volume one, this is a perfect chance to get a Speedhunters book!

i'll buy it if it comes packaged better. i didn't like that the last one came all crushed and scuffed up. all you have to do is wrap it once in some bubble wrap and that problem is solved.

Will there be any on sale at FD Long Beach?

Can we get it in Australia?

@andrew as you can see in the photos above we've made a specia shipping box for it.
Apologies for the bad shipping. We've made changes so that doesn't happen again.

@MitchSc56 we ship to Aus yes.

Very glad you all are taking the shipment into consideration. As Andrew said, the only negative to Volume 1 was it coming banged up.

Also, it appears to be the same dimensions as Volume 1, can we a confirmation on that?

Thanks for putting out such amazing art!

A must have, i missed the last one!

can it delivery to or purchase at Malaysia?

by any chance do you guys ship to Brunei Darussalam?

@K's depends where in the world you live. We've been working hard on getting the shipping costs down.
Remember this book isn't as heavy as Volume One.

@felipecuvero we ship to most countries.

Loving the image of the hard-charging Mk2 Escort — that's got to be a Paddy composition,

Want, want, WANT! Will have to keep a close eye on Speedhunters as this will sit nicely on the shelf beside "Volume 1"! I would say more reasonably priced than Volume 1 as well: good job Speedhunters.

after read this article, i have an idea. that the speedhunters must have a "Speedhunters Music Playlist" too!
agree?

(sorry i cant speak english properly) but i think you will know what i meant.

I treasure the original I will love this one as well!

Let's hope the publisher does a better job of wrapping this prior to shipping. The first book came to me with a dent in the cover and all pages creased on that corner. Upon logging into stance and speeds FB page I discovered others had received books with similar dents... I hope this was not dropped prior to shipping?!?

@Jennifer77 sorry you feel this way. The cost of producing a book is not completely proportional to page count. We think this is a fair price.

@Ivan we are aware there were issues with shipping. Have designed the new box to protect the book in transit.

Where can i buy it? I am from Chile.....in the end of the world, but i can purschase via paypal.

Do you guys plan on selling Volume 01 again, or was that just a limited kind of thing? I wish I bought one  I just didn't have enough money at the time.

Hi Rod, Being in Australia Will i have to order through the UK section of the store or the US. I forgot what i had to do last time.
I'll take two just like last time

I can't wait for this to come out.

@RodChong  @Ivan hopefully the new box has bubblewrap inside, because the previous one came in a box of the same size and still got banged up because it was just wrapped in a plastic sheet. I still have no idea how common sense didn't kick in here.
Book #778 here

@Andrew Walton We are revising that routing right now... best to check back in early April.

@BenjaminSaucier  @Ivan the white box you see here will be put inside a second box for save keeping!

@classicford_simon it is indeed Simon :>

@AzimOthman best to do a test on the store now to see.

@andrewcyb yes all good there.

we will be back soon with a set date and time for the launch.

Hello, If anyone has one of these for sale please let me know.