Early last year Imai-san, the man behind Bee☆R, decided that it was time to start getting behind the wheel of a drift car. Building and managing a successful D1 team for a decade had led him to cultivate quite the urge to try the sideways thing for himself and after spending 2011 practicing in his 180SX and his turbo AE86, he stepped his game up and began building the car you see here. I’ve got a feature on this ZC6 coming up soon, but for now hit play and enjoy… 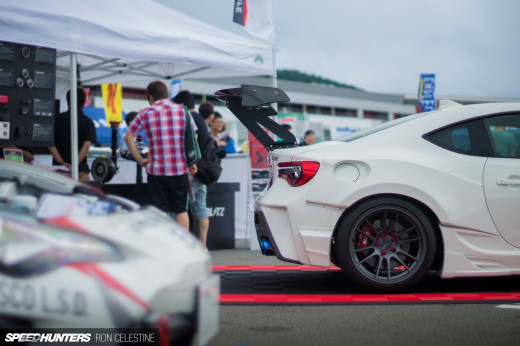 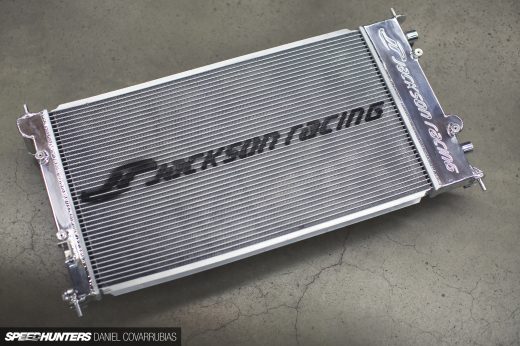 To be honest it doesn't look great if you seen that drive through your local town you'd just think another rough car by somebody who wants to be in the f+f films wish list and all on the door but because its in Japan its cool lol. Lick of paint to the panels might make it come on a bit

Power Builder?  Tell that to Crawford performance in America. This Bee*R car gets slapped together and people drool over it. Where is the power?

I actually love the rough look on it with the mismatched panels, I hope he keeps it that way. Its the first time I've seen Imai-san talking and he seems like such a nice guy. I always find it refreshing when someone doesn't seem to take the whole "I've built an awesome car, and its such a work of art, and look at how avant garde I'm being about stuff" approach to being filmed. Nice vid

After so much Rocket Bunny coverage on SH... i hope i never see another ZC6 WITHOUT that body kit

It just looks so right.
Also feeling the mismatched colours. I'm guessing those are the colours of the kit parts unpainted straight of the box... who knew that would work so well? (Imai-san did.) And who says navy blue and black don't go together? If my mum was wrong about that who knows what else she was wrong about...

I felt in Love with this car from the first moment. It´s wonderful. Now I´m more proud than ever to work for Prodrive. But anyway, does anyone know the name of the Song?

@KietaPhillips It's a BRZ with an FT-86 front end swap...

No drifting in the video and they didn't even put on one of their rev limiters that they are known for. That video sucked.

@swerv13 Not sure what you mean by your comment but this BRZ is still in the early stages of development. Aside from an exhaust the engine is stock but soon to get either a turbo or supercharger upgrade. As for slapped together, it's now far cleaner than this, painted glossy yellow...stay tuned for a feature on it!

I didn't see any power adders in the video, and the company prides itself on making power.  Now that I see the responses I see that the car isn't finished yet.

So let me get this straight. He bought the BRZ and converted the nose to a FT86! Why?