To conclude our coverage of the opening round of the 2012 British Drift Championship we bring you some nice shiny hi-res desktops from the action at Teesside.

Brian Egan in the Honda-powered AE86 on his way to a first win.

Steve Biagioni and the 1JZ-powered Impreza, smoking it up through turn one.

And finally Shane O’Sullivan battling it out with with Steve Moore for the Round One win. Enjoy.

The Ultimate JDM Porsche 964’s Life In The UK 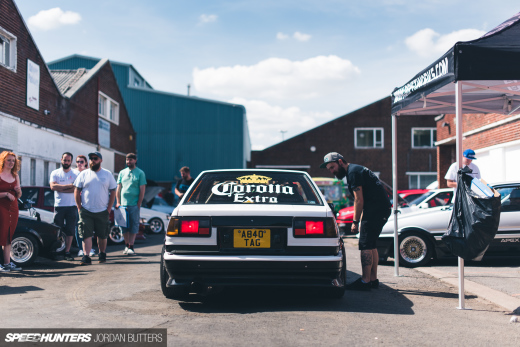