I never thought I’d get to use that sentence, but now with almost four years as a working professional and another two bouncing around doing freelance work, I guess its finally appropriate.

After working a couple of years at a local custom shop helping customize cars and shooting photos here and there for our website, I decided Automotive Photography was something I wanted to get serious about. One of the guys I worked with at the shop happened to know Tony Harmer, photo director of 0-60 Magazine.

He asked Tony to shoot a car we had recently finished up for a feature in Car Audio and Electronics Magazine, Tony declined because of his incredibly busy schedule, so I shot it.

Tony later on asked my co-worker who he had shooting cars for him and found me. He brought me in to 0-60 as an assistant not long after.

I worked closely with Tony for about a year and a half, assisting him on shoots, helping him dig up stock images for stories and a million other things. I was then given the opportunity to become the Photo Director of RIDES Magazine and stay on shooting things here and there for 0-60, an opportunity I gladly took.

Before my 24th birthday I was the Photo Director of a magazine that I had loved since it first started, (I owned every issue even before I started working for them) and was contributing to 0-60, which was one of the most amazing experiences of my life.

0-60 was a labor of love. A small staff of car guys that just loved what we did. It was the perfect working environment.

We’d go on these insane trips, taking STI’s to the Alaskan ice roads, driving the Koenigsegg Agera in Sweden, we even raced a jet-ski around Manhattan—literally just living out every car fantasy we had ever had.

One of my personal favorites that I got to shoot: taking the Corvette ZR1 to Amish Country.

For me, the real fun started when 0-60 partnered with Scion to campaign a Scion xD rally car in the Rally America series. I had always listened to the older guys at our weekly meetings reminisce about old rally cars and even though I was never really into rally racing I was fascinated by how much they loved it.

When the Scion came along, I knew I wanted to experience it for myself… and that little car made quite the believer out of me.

Rally is one of those amazing things you just have to experience. I can tell you all day how awesome it is, but until you’re covered in dust at Oregon Trail, or caked in mud at STPR, or even buried in snow at Sno*Drift, you just wont understand.

Our first rally event was at Oregon Trail. We showed up knowing next to nothing, just enough to pass the safety test.

Rally America requires anyone who wants an on-track media pass to be able to answer a few safety questions about how to know when the track is hot, when its safe to cross the course or be moving along the course, etc.

I’ve shot motorsports before, but never anything like this.

There’s no barrier protecting you, no real safe zones, you make your own luck at rally.

At any moment one of these cars can be headed straight at you. It’s that danger that makes it so much more exciting to photograph.

I’m still just a 25 year old kid, barely out of college, criss-crossing the country photographing cars, races, rally events, magazine covers, anything I can…. and I love it. 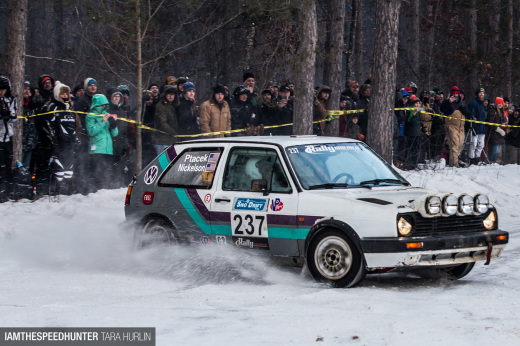 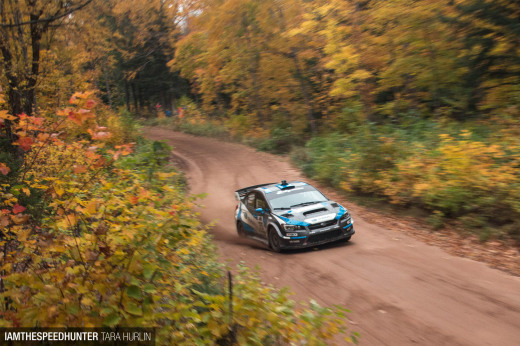 A little OT but hey its ironic (to me at least) that the Amish wagon runs LEDs! Ironic in an unoffensive manner in case it gets read the other way.

Dope story! One to envy really.... Nice pictures, not really my style though, but I can still appreciate them

Nice write up. I'm definitely jealous. Get me a job!! novec64@aol.com!!

you got it going on man, keep doing great things. liking all your shots!

The kind of story that helps me consider that hard work can pay one day!

PLEASE put the first photo in the desktops section, it's such a nice pic, everybody's going to love it. please

hmmm i like what i see here.. Amish country!? - wow never thought i'd even here about that on Speedhunters(?) - cool. i like the style of Photography - keep it up - thanks for the write up.

Nice article. It's also nice to see that the amish are using the same type of suspension technology as GM's top of the line car.

Nice write up Link! Love the photo of the yellow STI.

Wow i love how 90% of the photos you posted are overexposed.

Definitely saw you at NEFR, I was shooting on a media pass too. I really wanted to talk to the 0-60 guys but I didn't have a chance.

I guess I should reconsider what a photographer is now. Apparently anyone who can buy a $1,000 plus camera can become a professional. Half these shots are either over exposed or barely in focus in most cases. If it weren't for the quality of the camera these would be nothing more than you could take with a point n' shoot and a flickr account, Congrats on landing a solid job with mediocre camera abilities. I suggest you take some time reading up on how to shoot cars some more before proceeding in your "career"

@Nils_NFS Agreed!!! Please give us a desktop of that!

Wow, did someone piss in your cheerios? The kid has talent. Everyone should be able to take some constructive criticism, but there is nothing constructive about your post. Seems more like jealousy or hatred. Were you turned down for the job or something. No 1 in life is perfect. With that said I am sure Link knows there are some areas he could improve on. For now I think he is a damn good photographer and I am proud of his achievements in life. Keep doing your thing Link and if anyone has an issue you know where I stand !!

Having haters makes you official Link. If @MPG has THAT much time to talk about your photos to the point of writing a long paragraph about you and your work, there's something to be said about him and his character. It's pretty flattering that he has time in his day to discuss your career rather than work on his own.

Haters they're your biggest fans.

Having haters makes you official Link. If @MPG has THAT much time to talk about your photos to the point of writing a long paragraph about you and your work, there's something to be said about him and his character. It's pretty flattering that he has time in his day to discuss your career rather than work on his own.

Haters they're your biggest fans.

I think you're work is amazing Andrew, people are always going to have something negative to say especially when someone has something good going for themselves. There is always room for improvement, even at a top notch level, take MPG for example, obviously he's good at being a jerk off, but i'm sure with time & experience he can become great at it!! MPG seems you might have your tampon inserted into the wrong hole dollface. Keep up the great work Andrew

Congrats on your success! I recall the Vette-Rumspringa (sp?) story; very well done sir! Love the shot with the kids in traditional wear and the kids in 'English' clothes, a lot going on there.

Well for those that think I wasted time writing that it took all of the I don't know 5 minutes to compile a paragraph while eating my piss bowl of cheerios. But if you want some constructive criticism I will throw some out there so maybe you can all grasp what I'm getting at. First take your time to look at other action shots posted on this website and see how the actual shots are done. The first shot of the vette, the rear wheel is blown out and part of the body are casting shadows. Easily fixable. second shot of the vette is not in focus but panning shots become difficult from a distance and half of the grass in that frame is unnecessary, it takes away from what your eye focusing on. Shot of the amish kids, I get that tanning isn't a top priority but I can bet they aren't that ghostlike in real life. Shot of the XD going through the mud, again out of focus. I can keep going but I'm running out of cereal again. All this stuff is easily fixable and unless the shot was just out of focus from the get-go. I don't think Link is a lost cause to photography but there are people with bottom shelf cameras that can do the basic stuff that I'm listing. Maybe it's his eye for the shot, maybe he just doesn't like post processing, or maybe no one has told him where he needs improvement. But if you are being paid thousands of dollars to shoot a car it should be next to flawless. As for haters making you official, I guess I'm official at hating since I have so many, ahem, followers now.

I wasn't going to respond, because I truly don't care...but enough already. You're nitpicking on photos that were all prepared for PRINT, everything goes out slightly bright and they darken in the printing process. According to my computer and my calibrated monitors the rear wheel on the vette is not blown out there is plenty of detail in it. At full res the motion shot of the Vette is in focus and I left the grass in it so that the car retained its environment since it was part of the story it was shot for. I wasnt sent to get pretty panning shots of it, they needed a story, thats why so much of the area is left in the shot. The amish kids are not blown out I can screengrab the histograms if you'd like. And i left the XD slightly out of focus on purpose so that it looked like that little low powered rally car was actually fast. In that case some slight blur helped me to tell the xD's story.