I feel like I have a disease. I can’t seem to get enough of Bonneville. It’s vast expanse, it’s never ending blue skies, the epic mountains as a backdrop, the salt itself, the cars, and the people are all things which I seem to dream about on a nightly basis. This film following Spectre Performance and their streamliner, the Infidel, touches all those salty nerves. It’s calming yet also intense.

If there was a way to cure this salty addiction, I would deny it. 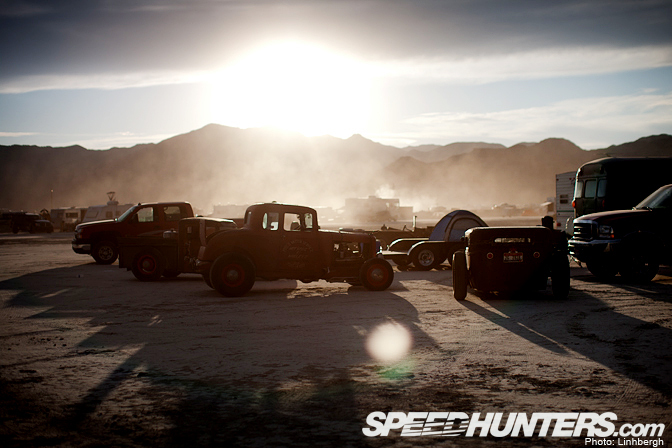 Gallery>> The State Of The Salt

I'm in awe. The inception music works so well with this. Amazing achievement for the team at Spectre performance. Awesome!

would like to know more about what powers that long black piece of awesomeness.

i just watched it 3x in a row!

Dear Lindbergh , could you...please...give me your mail adress, or at least SH mail adress , then i could sent you my current therapist's bills !

Ho man , you're continuously ruinning my bank account with all this Bonneville stuff.....now i need to visit my therapist once a day ! and that isn't enough , i'm affraid off !

Plan C : More intensive swimming lessons , and be ready for the 2030 speedweek