The RUF CTR3 was unveiled the year before I graduated high school.

While this car wasn’t my literal teenage poster car — I can’t recall actually having any posters after I graduated from my infatuation with Spider-Man — it certainly was a figurative one. The car looked like an alien and was capable of 236mph; I read some articles and scoured the internet for more information and photos, forever searing the unique look of the Cayman-based RUF into my brain.

I would think that I’ve seen a couple here and there during the decade that’s passed since its introduction, but I honestly can’t actually pinpoint any single encounter that I’ve had with one in person.

It’s no surprise, either, as only 30 were ever built, and I’m told only three reside here in the US.

With the digital memories of the CTR3 always burning in the back of my mind, I was more than excited to finally get up close to one at DRT 2019.

The example which Parkhaus1 brought out to the show features carbon-Kevlar bodywork finished in Chroma Flash Hologram Matte, a RUF option.

The interior is a loud but very fitting red paired with Stone Grey carpets. Although the stitching on the lollipop-style seats isn’t as timeless as the exterior of the CTR3, it still makes sense on a car like this. And while the details here are all good and well, I was really more interested in the party out back.

The CTR3 is based off the Porsche 987 Cayman, but beyond the front half of the chassis and the doors little remains of the base car. The front clip is from a 997, and aft of the cabin RUF opted to chop the rest off entirely. In its place is a custom space-frame that allows for a much more complicated suspension setup, which one can only assume is worlds better than that of the Cayman.

In the center of what RUF calls ‘the Birdcage’ is a 3.7L twin-turbocharged flat six capable of 691 horsepower and 656 lb-ft of torque to the wheels. While obvious, it’s notable that the CTR3 adopted the Cayman’s mid-engine layout, becoming the first midship CTR model from RUF.

I was really happy to see the deck lid of this car open, and spent a good amount of time poking around the parts which are entirely unique to the CTR3. You can’t really see the engine itself, nor the transversely mounted 6-speed sequential gearbox, but the suspension is on full display.

The front features fairly standard MacPherson struts from a 911, but here in the back a pushrod setup operates horizontally-mounted coilovers. The rear subframe was designed by Multimatic and makes use of their DSSV dampers which deserve a story all to themselves. Multiple laser-etched spool valves, oil flow, force-velocity curves — look them up, it’s all very fascinating if you’re into that sort of thing.

Back outside the bodywork — and thanks to my friend Esteban Larrañaga at Parkhaus1 for opening and closing the car — I couldn’t help but stare a bit longer. Center-lock wheels, ceramic-composite rotors, massive calipers, carbon fiber everywhere, and a badge which reads ‘Pfaffenhausen’ over the top instead of ‘Stuttgart’ in the middle.

In person, the CTR3 commands an eerie presence which can’t quite be conveyed in photos. Every angle is seductive. And, from a technical perspective, the CTR3 remains an impressive feat of engineering, even by today’s standards.

Although it’s safe to say I’ll never experience the cornering feel or the wild 236mph top speed behind the wheel of a CTR3, at least I was able to burn a few of my own images into my mind.

That’ll do for now, but this particular RUF will always be a car that floats around in the back of my head; a car I’ll forever want more of.

When I first saw this, I almost mistook this as a Porsche then I realized this was a RUF
Man those were the days of Asphalt

They changed the logo. Beautiful car.

It looks so happy from the front

"Although it’s safe to say I’ll never experience the cornering feel or the wild 236mph top speed behind the wheel of a CTR3..."

That's okay, neither will the owner, judging by the fact that the plastic dealer protective covers are still on the floormats.

Beautiful car, that is never used for its intended purpose, how droll.

Interior is a bit of an overload on the sensory system haha. Love the details though!

I was at the factory not long ago, awesome hospitality from all at RUF, cant wait to go back and make an order!!! 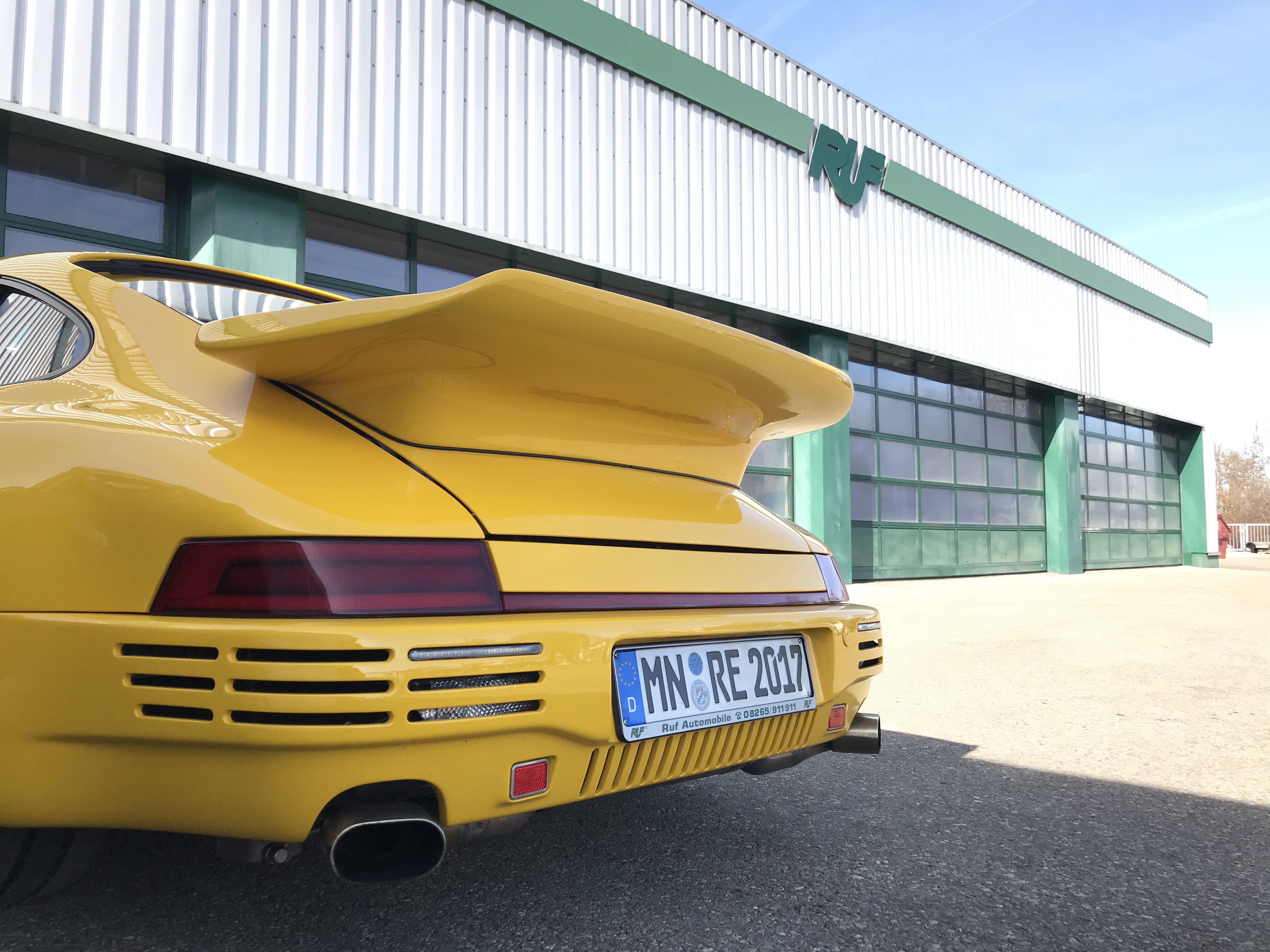