As we move full speed ahead toward the start of the 2011 racing season, the news has been filled with debuts of race cars for the new year.

For this week's poll, we've selected a few of the notable releases and are asking you guys to choose your favorite.

The first selection is the just-released Peugeot 908 LMP1.

Taking the uniquely American approach is the Cadillac CTS-V Coupe that will be running in the World Challenge series.

Finally, we have the beautiful Porsche 918 RSR. A hybrid done right.

So which of these four are you most excited for?

Car Collections Worth A Thousand Stories 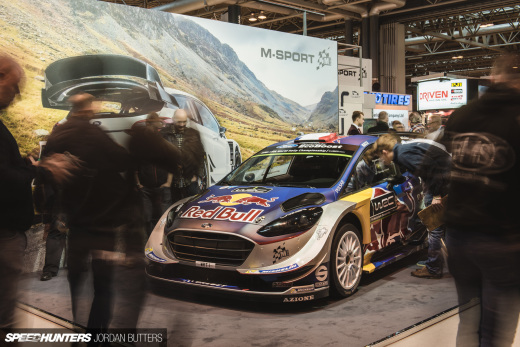 Forgot about the Lamborghini Gallardo GT2

Nobody likes the French.

Why can't we vote for the Black Falcon SLS GT3 car? Its both menacing and beautiful at same time, awesome in GT3 form.

Porsche, with the Caddy in2nd. I can't stand the way LMP cars look.

the porsche is interesting, but knowing the potential audi has and the excitement of there competition really brings that as the car I look forward to seeing more of.

The caddy is clearly the sexiest and best choice overall.

The Porsche looks really good but I love the Audi. How could anyone not love LMP cars..

they all look great except the new audi

Porsche all the way. it is fresh both on the inside and outside.

P.S. Audi looks like Darth Vader car... which is cool! Prototype battle is going to be very interesting this year.

Peugeot is just beautiful, just like the previous one was. Audi looks more horrible than ever. I'm not saying anything about the Porsche until I see it competing on track.

No way they can beat the beauty of the RSR,,,I'm going to Geneva Auto Salon probably only to see it in the flesh, along with the brand new Lambo Aventador LP700...

The Porsche 918 looks interesting, but i prefer the R18 TDI

Cadillac got my vote. Why you ask???

Because out of all of those 4 cars, its the only one that I can actually own.

Cadillac it's a Crap, It's not a pure racing machine, never was, anyone can put a truck engine onto a supermarket shopping cart, put some bodywork arround there, a flat wood table on the rear with a couple of fuel tanks, and hope was qickly enought; but there IS NOT RACING DNA, the onle DNA who Cadillac ows was be the "air force one" of the cars........nothing more

The other 3 cars had pure Racing DNA and far far away so was Hard, but the Porsche still be a CGI image, untill I see a real photo of the racing car, pass, sorry Porsche and Between Audi and Peugeot; sorry, the Germans had better looking cars overall and the R18 it's no exception

Hands down porsche. I find the CTS coupe quit odd looking. im sure it will grow on me, but im not a fan at the moment. i prefer the bigger sedan.

The Cadillac is built by Pratt and Miller, the same people who build the GT2 Corvette, they know what they are doing.....

The Porsche exists. It was at the Detroit Motor Show. It was just we chose this shot.