SHARE The DriftMonkey Legacy Lives On In A Boss S14

Anyone who knows anything about Scandinavian drifting will be familiar with the name Ove Harlem.

For many years, Ove championed drifting from his home country of Norway, growing the burgeoning motorsport’s popularity in the wider region through his larger-than-life personality and famous ‘DriftMonkey’ drift team. In drifting circles, he was well known and well respected all around the world, from the USA to the Japanese motherland. Sadly, Ove passed away in April 2016 after a one and a half year battle with cancer.

One of Ove’s final automotive projects was a Nissan S14 fitted with the first S14 Rocket Bunny Boss kit in Scandinavia. The show car made its debut in early 2016 at the Bilsport Performance & Custom Motor Show at Elmia in Sweden, just weeks before Ove’s passing. It was then displayed at Gatebil Rudskogen later in the year as a memorial, before being put into container storage.

At that time, Paddy wrote: “Rudskogen in 2016 for me was every bit as much about who was there, as who wasn’t. It’s the very first Gatebil that I’ve attended where Ove Harlem wasn’t there. His absence was particularly poignant. Ove was a great friend of Speedhunters since the beginning and one of the best ambassadors for drifting around the world. Quite simply, we will miss him.”

While Gatebil events and Scandinavian drifting in general haven’t been the same since Ove’s passing, his legacy lives on in a number of ways. One of those is in this drift car – the Rymax Lubricants Nissan S14, owned and driven by Herman Peene from the Netherlands.

While Herman, Rymax’s founder, is relatively new to drifting, he’s been actively involved in motorsport for some time. He originally campaigned a BMW M3 track car, and more recently took on the gruelling Dakar Rally behind the wheel of a Can-Am Maverick off-roader.

Herman’s first taste of drifting came in 2017, when he experienced it in person as a spectator at Gatebil Rudskogen. Gatebil drifting is perhaps as extreme as it comes, and a weekend full of it was enough to hook Herman. Over the next while, he attended as many drift events as he could, and off the back of that met many people involved, including drivers and crew. Before long, Fredric Aasbø was a Rymax ambassador.

This ultimately, and perhaps unsurprisingly, led to Herman wanting to go drifting himself.

One of Herman’s new friends in the drift world was Erik Nilssen, the owner of VTS Solution and chief mechanic for Fredric’s European program. When Erik learned that Herman was in the market for a car, and that his dream drift build revolved around a Rocket Bunny Boss-kitted S14, he instantly thought of Ove’s Nissan, which was now for sale.

Purchasing the S14 was a no-brainer for Herman. Not only was it a great base for a competition car build with the right body kit already attached, in setting it up for drift use he’d be able to bring to back to Gatebil year after year.

In December 2018, the then red S14 was rolled in Erik’s workshop. At first, the plan was to finish the car off in its street guise and get it legal for the road – something Ove had intended to do – but in the following years and throughout the Covid pandemic it evolved into the full-blown drift machine unveiled at Gatebil Rudskogen’s comeback event in July.

As far as first drift cars go, I’m not sure they come much better specced than this. A built Toyota 2JZ-GTE up front delivering 858hp and 1,000Nm to the rear wheels on 2.4bar (35psi) boost, backed up by a G-Force GSR 4-speed dogbox and R33 GT-R rear end ensures the S14 has the power to burn tyres all day long.

The suspension and steering is pro-spec too, with KW 3-way adjustable coilovers and full Wisefab kits front and rear.

Inside, you’ll find an extensive FIA-spec roll cage, LTEC seats with Sparco harness belts and every other thing you’d expect in a comprehensive drift car build.

The S14’s exterior stays true to the original Rocket Bunny Boss look, but lightweight FRP doors and an FRP trunk lid now replace the steel originals to drop some weight. It’s all wrapped up in a custom Rymax livery, with a special tribute to Ove in the retained ‘DriftMonkey’ windscreen banner.

Bringing back a car that was owned and built by someone else can be a tricky proposition, especially if you’re trying to balance heritage and your own ideas. Herman’s Rymax S14 might now be a very different car than the one Ove imagined it to be, but we’re absolutely sure he’d approve of the way it has turned out. 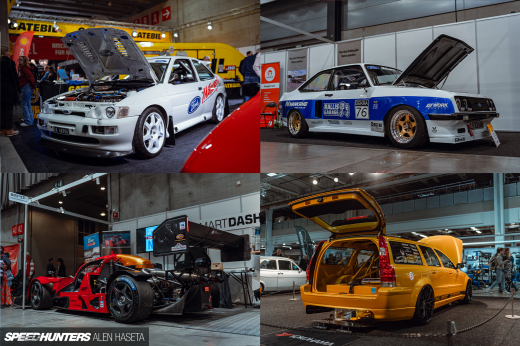 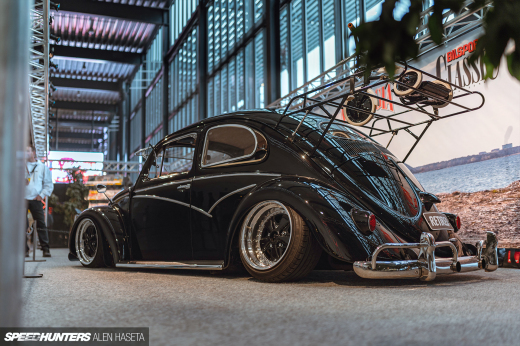 All the craziness around this vehicle (original and curent owner, livery, kit, powertrain,...) and the only thing that kept coming to my mind the whole article is the exhaust; where does it even end?
As a new Rymax lubricants user, I'm happy to see that Mr.Peene is one of us.

What frontend is this? is it from another car or simply made from the S14? It's very cool

its the "Boss" kit from Rocket Bunny / Tra Kyoto
Greddy in the USA sells them.

I know where one of the supra’s is now, still in Norway