If there are two words that sum up the Retro Rides Weekender and the associated web forum from which it has evolved, they would be inclusivity and variety.

To understand how it has become such a popular event in the UK, I need to provide a bit of a history lesson first…

The creation of Retro Rides spawned from regular non-VW discussions on the Volkzone forum needing a place of their own. It was set up in 2004, and since then a huge community of like-minded enthusiasts have signed on, shared project threads, celebrated and commiserated about retro car ownership.

The whole idea of providing a home for cars that did not fit in other shows really resonated with owners; to date there are over 52,000 registered users, with over 2.6 million posts in 208,000 threads. This evolved into an annual event, which was first held in 2007 as a humble affair and has since grown substantially.

Having also outgrown venues numerous times over the years, Goodwood is now home to one of the two annual Retro Rides events.

History lesson completed, the Retro Rides Weekender continued with the recipe that has served so well in the past. As mentioned above, Retro Rides is all about inclusivity and variety; the only requirement to having your car or bike in the show is for it to be manufactured prior to 1998.

The Weekender had both a static show as well as track action on the Saturday in the form of a sprint and circuit demonstrations. Sadly, I was unable to attend on Saturday, but Mario did, so expect some more in depth coverage of the track time as well as a spotlight on the touring cars in the coming days.

Saturday’s overnight camping is a huge part of the event too, with hundreds of people electing to pitch tents in the adjacent fields and consume questionable amounts of alcohol and grilled food on disposable barbecues. Upon my arrival early Sunday, some individuals could be seen slightly worse for wear, but enjoying the show nonetheless.

Sunday swapped the track action for a smaller autosolo-type course which had people lining up to test the low-speed handling of their cars. Some performed better than others, but who’s to say the drivers of less suitable cars were having less fun? I saw many ‘jazz hands’ sawing the wheel from side to side to avoid the cones.

The show took over the remainder of the Goodwood track, with cars lining either side from the pit entry up until after the first corner, well over quarter of a mile. The paddock and outer tarmac areas were also packed, giving very different feels to each area.

This is the great thing about Retro Rides events – the total juxtaposition of cars which present themselves at every opportunity. At times they may share little more in common than four wheels and a steering wheel, but the passion that respective owners embody is a recurring theme. This extends beyond their own cars, with a mutual respect held by everyone in attendance. While a certain style may not align to yours, the appreciation for the owner’s vision is a given. It is with this mindset I set out to find some cars that caught my eye on the day, which stood out for a variety of reasons.

There truly was something for everyone in attendance. German turbo sedan? Done. Japanese subcompact kei car? No problem. A boogievan that looks like it stepped straight out of the ’70s? Check.

“When was the last time you saw one of these!?” – they were words uttered on more than one occasion to friends as we walked the show. Cars I had not seen in years, many more that I had completely forgotten about, and quite a few I would still love the opportunity to own.

Speaking of which, an Alfa Romeo 156 GTA Sportwagon is very high up on that list. Contrary to belief, the design didn’t originate from Giugiaro nor Pininfarina, but was penned by Alfa’s own design studio. This combination of styling and the sonorous Busso V6 have meant this is a potentially expensive itch I need to scratch at some point.

Given my affinity for old Toyotas, I gravitated towards any I could find. Benny’s RA28 Celica has gradually evolved since importing it in 2015, as has his wheel collection. His car is one I’ve earmarked for a more in depth look over the summer.

This KP61 Starlet rally car looked incredibly purposeful. It’s powered by a F20C originally from a Honda S2000 and breathes through Jenvey ITBs, and paired with a short wheelbase has proved a very effective combination on Irish tarmac rallies.

Singer Chamois – heard of it? Nope? Me neither. As it turns out, this model was marketed as a higher-class version of the Hillman Imp back in the ’60s. This one has received a reprieve from the scrapyard after a large amount of rust removal and restorative fabrication.

The original 875cc engine has since long been replaced with a Yamaha R1 motor and supporting modifications to make it properly quick around a circuit.

Continuing the small car theme for a moment, this Austin A30 looks very much like what I would imagine an after-hours project by teams racing at the Goodwood Revival would produce. This car won the ‘Something Different’ award on the weekend.

Two superchargers being compound charged by twin turbos – yes, you read that right. While it may not be the most effective way to make power, the fact that someone is crazy enough to build and drive something like this deserves respect.

Japanese wheels on German cars is a look I seldom tire of. RAYS Volk Racing GTPs on a BMW E36 and Work Equip 03s on a Mk1 VW Cabriolet both work equally well.

One of the more unique groups at the Weekender were the Gentsuki Gentlemans Club. Gentsuki (the Japanese for scooter) have always been the most cost-effective way for younger individuals to commute in the often-crowded streets, and given the Japanese penchant for modifying bikes and cars, it was only natural for scooters to receive the same treatment. The scooters often mimic bosozoku styling: loud, low, bodywork modifications and graphics that pay homage to race liveries.

The club has grown quickly, with one bike in attendance a year ago to a dozen this time round. I can see the appeal – relatively low purchase and ownership costs as well as being small enough to work on in your living room. It does look like a lot of fun and as a result I now have an eBay watchlist for a Honda Vision…

Cars such as the Corsa, Nova and Mk3 Golf all exhibited classic ’90s UK tuner cues. Back in the day, Morette headlights, TSW wheels and DTM-style mirrors were a common sight in every British modified car magazine and fast food parking lot at night.

Upon reflection, the Retro Rides Weekender show has really reinforced the way I believe retro and classic car ownership to be headed. While there are exceptions, enthusiast cars are not necessarily being heavily modified anymore, but instead enjoyed for the experience they offer, with tweaks to improve the cars and to reflect the owner’s unique taste and personalities – OEM+ if you will. Michal has some spotlights on cars which convey this style particularly well coming soon.

The nuances and character of an older car provides a sensory experience that many of us crave, something often found to be lacking in modern cars. Pair that with the tight-knit community on the Retro Rides forum that adds to the ownership experience, and you’ve found yourself a second family. The price of admission? A good attitude and a love for old cars. 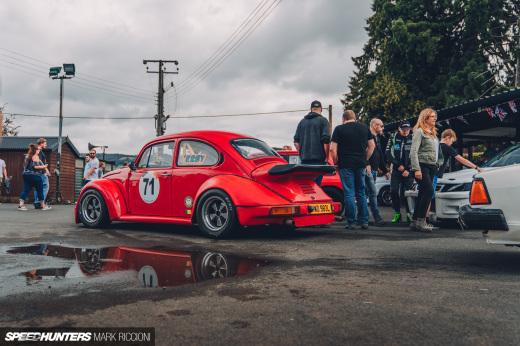 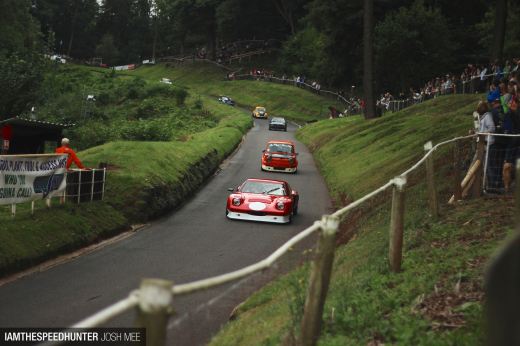 I feel the need to high five someone. Right now.

But there was the glimpse of a Stratos and yet not even one snap when it should have a feature.

Now I'm looking for a Hillman Imp and a 1000cc+ bike engine.

My absolute favourite weekend of the year so far. The event is even better than it looks and camping with mates and like minded enthusiasts is bloody great. Definitely get yourselves there next year.

Need a spotlight on the Starlet with the F20C

This made a great read and sums up the diversity of the show, which is what we all sign up for.
Nice work.

Cool event! I see they let a Renault Avantime in, even if production started in 2001.

To understand how it has become such a popular event in the UK, I need to provide a bit of a history lesson first…
https://www.jobz.pk/situations-vacant-at-mujahid-regiment_jobs-487246.html

The US/UK has endless opportunities i have earned $21540 in my first month I can say my life is changed-completely for the better! ...... WorkSite24.com