In my story on The Datsun Shop back in June last year, we took a look at the amazing car collection belonging to Thinus and Riaan Jacobs. But Datsuns aren’t the only things these brothers collect.

Over the years, Thinus and Riaan have also amassed a rather large number of old school wheels – it comes with the classic Datsun territory of course – and today I’m going delve deeper into that side of things.

The brothers’ wheel collecting ways began in 2007, when they got their hands on a set of highly desirable mesh-type, non-split Compomotive CX350s. The pair have acquired a few more sets of these in the years since, not to mention the split variants too.

In period, CX350s were very popular in South African motorsport circles, from oval to circuit racing. These days they’re definitely not easy to find though, especially in good condition. The sets in the images above are only 13-inches tall, but come in at a staunch 10-inches wide.

Many of the wheels in Thinus and Riaan’s collection have history behind them, and a lot of these were found in the most unlikely of places. Some of their full sets started with just a single wheel, but became four with tip-offs from friends and acquaintances in motor racing circles.

How many wheels they have actually owned is a tricky question, but it’s at least 100-plus sets at this point. Some are bought simply to restore and sell, or trade. Others are just too cool to part with (or use), so remain on the wheel racks at The Datsun Shop as real talking points.

Two and three-piece wheels have always been Thinus and Riaan’s favourites, but you won’t find any replica wheels in the shop – it’s genuine or nothing. The biggest struggle has always been financing the addiction, and both brothers admit to some truly reckless purchases over the years.

These 15×9-inch and 15×12-inch four-spoke magnesium wheels were made exclusively for the Datsun competition department by Kobe Seiko in the early 1970s, and were loosely based on the Gotti design from France. There are only three known sets in South Africa, which were all originally used on the Geoff Mortimer 240Z during the 1972/3 racing season. It’s estimated that only 28 sets were manufactured in total by Kobe Seiko in magnesium, making them ultra rare. Just don’t get them confused with the later reproduction produced by RS Watanabe.

These 8-spoke, 13-inch magnesium-mix wheels were also manufactured by Kobe Seiko for the Datsun works division, this time for 510 rally cars. As far as the brothers know, these particular wheels were used on a Datsun 120Y run by local works rally driver Koos Roos, and could quite well be the only surviving set in the country. Thinus and Riaan would like to acknowledge their uncle Brendan for keeping them safe for almost 30 years.

Keeping with the theme for one more round, here are the brothers’ all-time favourites – Kobe Seiko 14-inch wheels. To secure this set, they had to swap a rolling 240Z project. Let that sink in for a moment…

These wheels were originally fitted to the 1978 Wynn’s 1000km Kyalami race winner – the Brian Cook Datsun 140Z. Again, these are Datsun works wheels, meaning only a small number would have been made. They have a lower magnesium content than the 240Z wheels and feature inner bead locks.

Although they’re probably the most valuable wheels in the brothers’ collection, they’re actually destined to come off the rack and be fitted to a Brian Cook 140Z tribute car that’s being built using many of the original car’s spare parts.

Now for something a little different, a set of Enkei Compes with a bit of a muddy history. As far as Thinus and Riaan know, they were used by late local rally legend Bossie Bosman on his Datsun 140Z. This is a staggered set, 13×6-inch for the front end and 13×7-inch for the rear.

These 13×9-inch Enkei Apaches were used on the Tony Pond 1800 Stanza rally car, that was campaigned in South Africa after originally being built and run in the UK. Three sets of wheels came with the car, and amazingly all still exist and are accounted for. The brothers have five wheels, but are currently negotiating on the final three wheels of the second set, and the remaining full set is safe in the hands of another local Datsun collector.

You simply cannot go wrong with a set of RS Watanabe 8-spoke wheels, and these 14s look perfect on a 510. Thinus and Riaan have imported six sets of these to date.

On the bottom left of the rack above are Compomotive Alley Cat 13×10-inch wheels from Hennie van der Linde and George Santana’s 1200 sedan – one of South Africa’s first works Datsun race cars. At the top right corner is another Compomotive wheel – the Stanton, also in 13×10 – that the brothers are still looking for more history on.

These 13×8-inch Compomotive Ensure wheels (also known as the Ensure Delta) are another set used on the 1200 sedan of van der Linde and Santana. Thinus and Riaan currently have a total of 10 wheels from the car, but over the years many more sets have been through the shop as they were really popular in South Africa back in the day.

Compomotive Turbos – this set in 13×10-inches – are one of my all-time favourite wheels, and it seems like it’s one of the brothers’ favourites as well. No Compomotive collection would be complete without them.

Thinus and Riaan have Compomotive CX500s and 600s in various offsets and sizes, as they’ve chosen to run these on a few of their cars.

The brothers also recently imported another set of these American Racing Libra wheels for their 510 BRE 2-door sedan tribute.

When the Datsun 140Z was homologated for racing in South Africa, the cars were fitted with locally-manufactured Tiger wheels, seen here in 2-piece, 14-inch form. Created by Eddie Keizan from Tiger Wheel & Tyre, these South African wheels that you’ve probably never heard of easily stand up against any others of the period.

As you can see, Thinus and Riaan Jacobs are absolute vintage wheel addicts, but when you look at some of the history behind their finds and just how rare some are, can you really blame them?

Respect. They should get some like minded individuals and open a museum.

Cool collection and the history behind them is fascinating!
In the US, those American Racing "Libra" wheels are called "Daisy" or "Coke Bottle" wheels, due to the spokes' shape.

Man these wheels are great for a lot of classics! 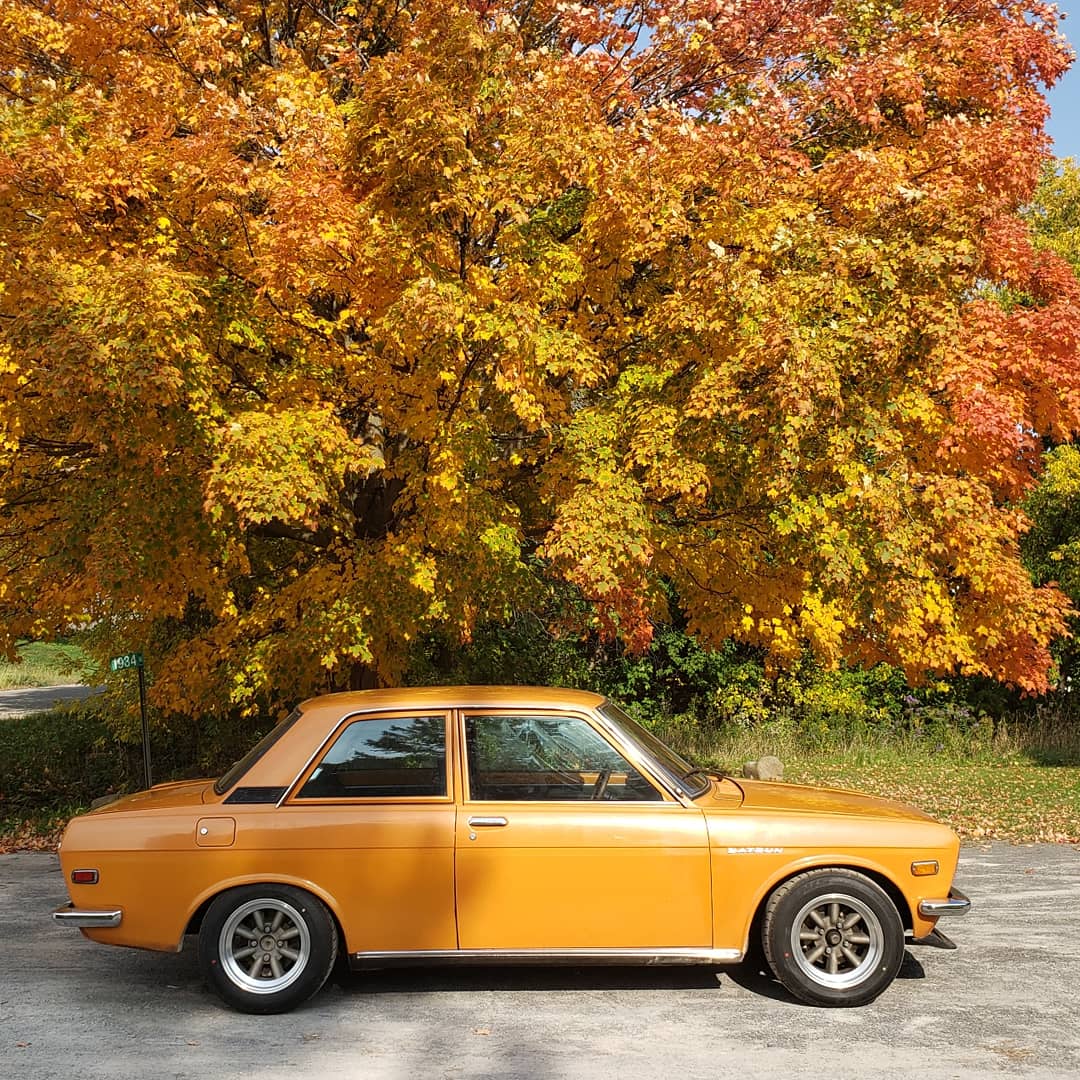