SHARE Triple One Love: A Simple But Smart Levin BZ-R

When was the last time you saw an AE111 Toyota Levin or Trueno?

For a while at least, these sleek and elegant Corolla-derived coupes seemed to be all the rage here in Ireland. In my local town, it wasn’t uncommon to pass a sizeable quantity every evening, each appearing to be home to the frenetic buzz of a 20V 4A-GE just bursting to be let loose at high revs. These were cheap and affordable performance JDM machines for a generation that I grew up amongst.

While most Japanese performance cars of the AE111’s time gained JDM icon status, the poor Toyota in BZ-G, BZ-V and BZ-R model guise just seemed to fall into the shadows. So is now the time we begin to appreciate just how good these machines are?

It’s something I thought about a lot recently, and I knew if there was a time to make a case for these cars – the very last Toyotas to be factory fitted with the venerable 4A-GE – I best go and find one of the best examples possible. Paul’s 1998 Levin BZ-R is one of the finest Levins around.

The days leading up to this shoot were sunny and pleasant, yet somehow the two wettest hours of the week happened to coincide with our time together. What it did though was accentuate the menacing and tough look of Paul’s Levin, and guaranteed an almost deserted mountain pass devoid of day-trippers and cyclists.

As I stood in the rain, slowly feeling the moisture seep through my poorly-thought-out clothing choice, I spent a moment taking in how great the Levin looked while pondering the question I posed at the beginning of this story. It feels like years since I have seen an AE111 in the wild, and I’m pretty certain this is the very first one featured on Speedhunters. How many other two-door JDM performance coupes from the ’90s fall into that category? Not many.

It’s clear to see just how thorough a build this Levin has become in Paul’s hands. He’s owned it for many years now, and during that time every area has seen improvements.

A de-spoilered boot lid gives the swooping rear a very clean and simple look, but forward of this things ramp up a notch. The Varis carbon fibre hood blends in seamlessly with the gleaming factory Metallic Black 205 paint, but it’s the Bomex bumpers and side skirts that steal the show for me.

The aggression is added to by a set of carbon fibre winglets and canards at the front, giving a subtle but menacing vibe. Having had the car in my rear-view mirror for some time on the way to our shoot location, I can confirm that the addition of brand new headlights and clear indicators really make the front of the car pop. The tail lights are fresh OEM stock too.

Under the hood sits the original 20V 4A-GE. As far as four-cylinder engines go, the Toyota lump has a stunning reputation, but much of that praise has come between the chassis legs of cars that were never graced with a ‘Silvertop’ or ‘Blacktop’. Remember again how rare it is to see an AE111 Levin or Trueno? Well, a lot of that is the result of many cars being scrapped for their power plants alone.

Paul’s 20V remains internally stock, but otherwise benefits from an A’PEXi panel filter and FGK 4-2-1 manifold running into a full Fujitisubo stainless exhaust system. There’s also a Cusco catch can, Carbing radiator cooling panel, and the pièce de résistance –  115mm trumpets by Flo’s that replace the original intake plenum on the factory quad throttle bodies. Trust me when I tell you they make this car absolutely sing.

Like the rest of the car, everything under-hood has been put together to the highest standard and with incredible attention to detail. All the small touches have been thought through, like the quality of the fuse and air boxes, both stock items but reconditioned to look like brand new. Every bracket and bolt visible also seems to have been detailed beyond the level of care you expect from showroom-fresh cars.

Towards the rear of the engine bay, a rare Cusco 3-point strut brace is fitted, matched to a lower brace also from Cusco. Coupled with a set of BC Racing coilovers and Hardrace suspension arms in the rear, this BZ-R is set up to corner with speed, pushing the limits of what was already an incredibly balanced FF chassis from factory.

Isn’t there something so sweet about a black and bronze combo? Similarly, is there much better than a JDM coupe and RAYS Volk Racing TE37 combo? With optional centre caps direct from Japan and all the RAYS hardware, the wheels really make this Toyota special. Behind the grippy Bridgestone Potenza RE111-shod fronts sit a 2-pot Toyota calipers and grooved rotors, while the rears make do with a single-pot setup.

Opening the driver’s door of Paul’s Levin, the carbon aramid Bride Low Max VIOS II seat is a real attention-grabber amongst a tidy-yet-purposeful interior. This is a machine built to tackle a twisting road, and the seat and its accompanying TAKATA Racing harness keep Paul firmly in place.

It’s the small details in here that really count. The 330mm Nardi steering wheel, Tomei shift knob and A’PEXi RSM are all fitting touches for a car of the late-90’s JDM era, but it’s the subtle additions of optional extras – often sourced from online auctions or from cars that died to give up their engines – that really set Paul’s AE111 apart. Small bits like the 5-piece Levin mat set, extra footwell lights and ignition barrel light, a pair of ‘Levin’ sill plates and even a non-smoking ashtray.

As the rain got heavier and the light faded, we said our goodbyes. Paul drove off, but I stood for nearly 30 seconds as the rasp of the ITB-fed 20V reverberated off the mountainside. It made me so incredibly happy, but sad as well, thinking about how few AE111s are probably left in the wild. While numbers dwindle ever further, I know that cars like Paul’s BZ-R are a sign that there are still a core of die-hard AE111 enthusiasts out there who are loving their own slice of JDM magic, even if they’re overlooked by others. 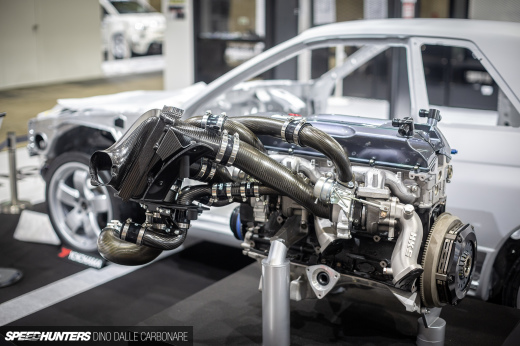 What's the deal with having an airbox and ITBs? surely the box doesn't do anything without the suction created from being connected to the intake? Not hating, just genuinely curious.
Other than that, fantastic piece with great shots on a really underrated car! Thank you Cian

People tend to leave them in place to house the airflow sensor for the stick ECU.

If you look at picture #15 it seems like there is also the bottom part of a plenum under the trumpets. I suppose some stuff are left in place so the stock stuff could be reinstalled if they need to drive it in dirty air?

Amazing how much the section between the wheels looks like an R33 Skyline.

Great article! Didn't really know much about this model and how few there are. Car looks great, simple, clean and not overdone. Not familiar with what the stock trunk spoiler looked like but it almost needs something back there to accent the sides and front kit. Can I ask where this was photographed?

This is my BZR with factory high rise rear spoiler 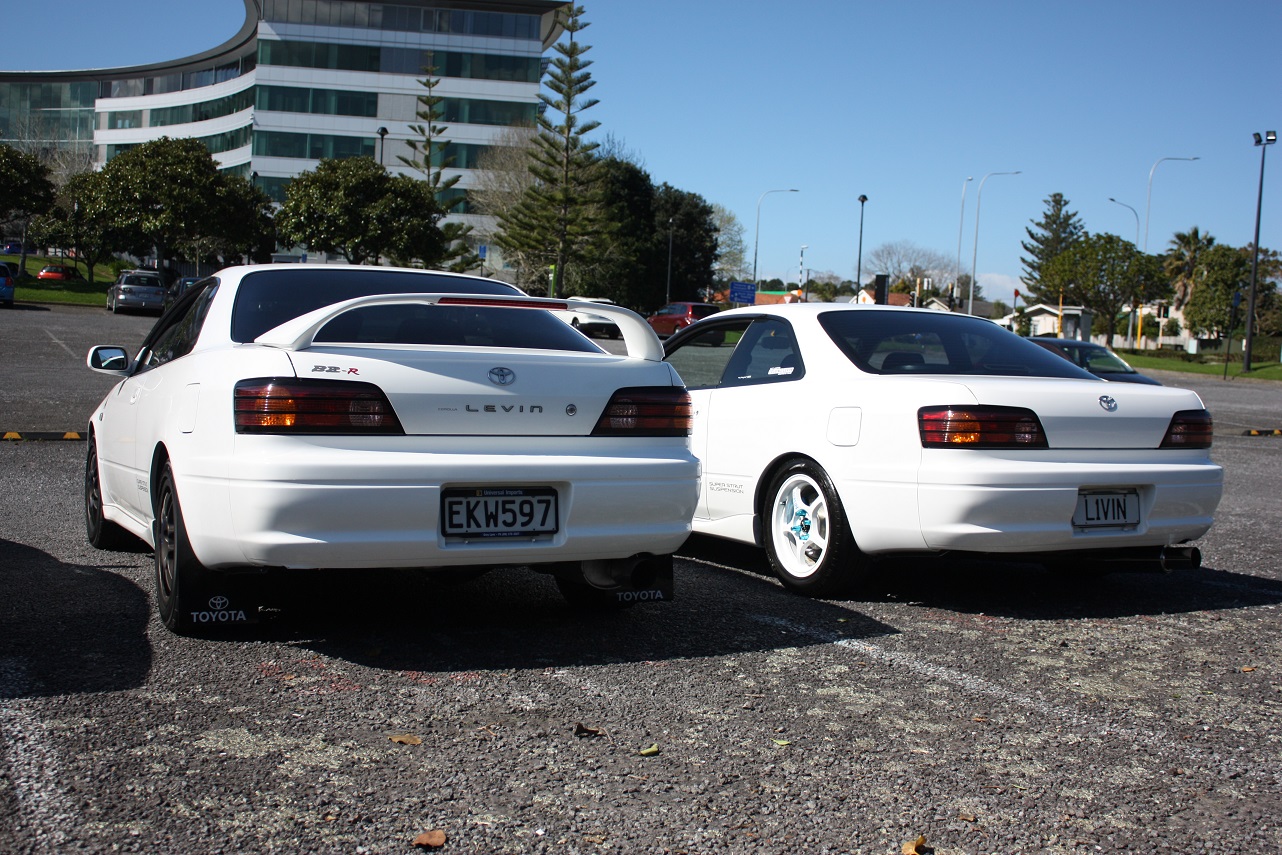 This is my BZR with factory spoiler next a despoilered one on adjustable height suspension. 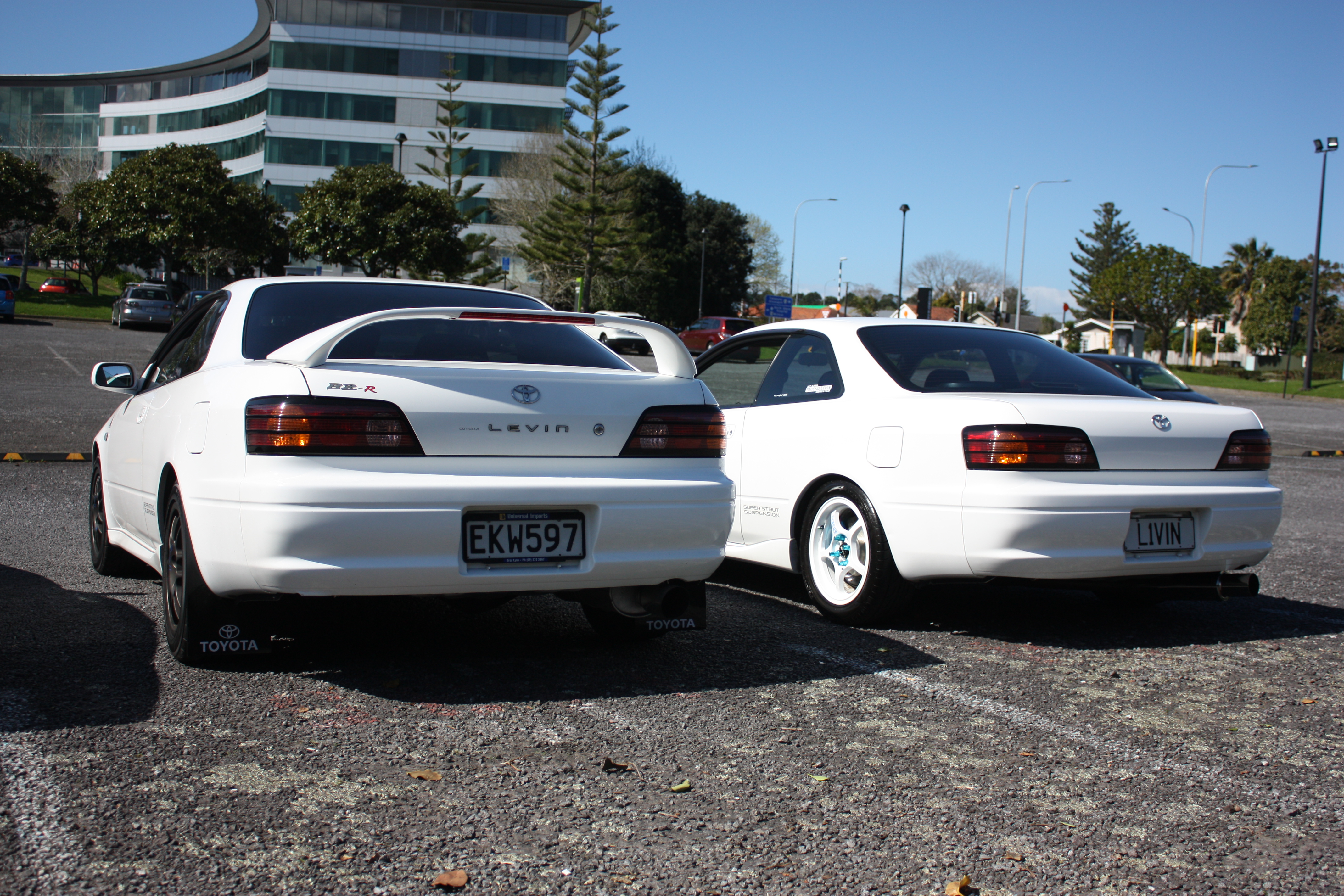 This generation of integras really were some of Honda's best cars

Man, I didn't even kniw these things existed!

So cool! This is my first time reading about a built AE111, and this one is awesome! I just know it sounds as good as it looks too! Great article

In my country, the 111 always play second fiddle, in the terms of desirability, after market parts availability, selling prices, etc.
The 111 is seen as a "transitional" car, or the second-choice car. It's like hearing people saying "I drive a Levin, but not THAT Levin (A86)".

The reason? 111 is a front-wheel-drive machine, not as "capable" as the rear-wheel-drive brethren.

I've never seen or heard of one of these before...... quite shocked.... how could I have missed these? It's kind of like a Toyota Integra

Thanks, Cian for this article about a lesser-known (and lesser loved by most) chassis!

There are still a good few of the 111 coupes knocking around over here in New Zealand, but like Ireland, the number has dropped away in recent years.
As an owner of a BZR for the past 13 years, I have to say they are a really rewarding car to drive on a twisty road, with the 20V singing between 5 and 8k rpms. Looks like you found an ideal location for the shoot!

Thanks Cian for this article! Ive been a long time speedhunters reader and I think your right that there's never been a feature, though they have popped up here and there ofcourse. As a Kiwi my first car was a nanna spec version of a bzg/r I think the chassis code was AE110. Very similar but quite gutless with a 5afe and 5 speed. I lusted after a proper bzr, they seeemed toe to toe with Integra type r's crusing the streets in the early 2000s. I didnt have a the budget back then, so instead did all of the dirty kind of mods that you do when your a 16 year old nut with access to a mig welder. I had most of the bits of a silver top 4age to go in it but I never got quite that far, though in retrospect its probably for the best as I had no idea what I was doing back then haha. I still have a lot of good memories of hooning around in it though, going to the track for the first time etc!

We all have our biggest car regret, I have two one was selling my EP3 only for it to be written off one week later. My second, I had an opportunity to buy a black top ae111 Levin for £2500 (SMH)........ The article is amazing, a brilliant read and great pictures, a great homage to a forgotten JDM classic.