Cars exist in the real world.

The above has become a bit of a mantra for me as of late, particularly when I’m feeling a little bit disillusioned with it all. For the better part of the last 12 months, cars became confined to an almost exclusively virtual experience for me – not a perspective I would recommend to anyone trying to appreciate anything automotive.

The internet, unfortunately, largely sucks these days. If it isn’t someone trying to flex or hunt some clout, it’s another person shouting at someone else for reasons unknown, even to those doing the shouting. Luckily, there are quiet corners of the internet which offer some respite, but these are becoming rarer and rarer.

Thankfully, though, cars exist in the real world.

With travel restrictions slowly easing, more and more opportunities are arising to once again experience cars as they should be experienced: in the raw metal with the people who created them often nearby.

The Sunday before last, I joined a convoy of cars heading north from Dublin to a simple ‘cars and coffee’ meet outside Lisburn in Northern Ireland. It’s approximately a two-hour drive, which consists almost exclusively of motorway.

While motorway driving is the least enjoyable way to drive a car, it’s somehow made a lot more bearable when you’re following and leading other like-minded folk, and humdrum appliances which normally surround you have been replaced with a variety of very different machines.

I didn’t really plan on shooting a whole heap of the trip, but naturally I couldn’t resist capturing some moments from the day. There was a curious feeling of the old days of Speedhunters, where we just captured what we saw and relayed it to you as quickly as possible.

To give the organisers their credit, the event was created and hosted by LetstanceUK whom almost certainly get what car culture is supposed to be about. That is, an absolute free for all where the various automotive sub-cultures can gather in one place and be celebrated for their diversity as much as their similarities.

There was an impressive amount of variety on show, from JDM to Euro, US to Fords (which in Europe is its very own sub-culture), performance to show cars and everything in between. That R34 was a very nice GT-T.

One of the most impressive vehicles I happened upon was this GMC flat-bed truck. I know nothing of classic American trucks, but this tickled me in many ways.

I’m a sucker for patina, especially when it’s combined with some really clean fabrication and other work. From the varnished wooden bed to the custom polished tanks and the big ol’ turbo strapped to the Cummins diesel engine – this truck had it all.

Coincidentally, another truck nearby caught my attention, although this was certainly on the smaller side compared to its distant US cousin. An immaculate Datsun sat low on Air Lift Performance with countless immaculate details. You can see more on the owner’s Instagram feed.

The event was also an opportunity for folk to debut some of their Covid builds. That included this – Ireland’s first New & Old-kitted 996 Porsche 911.

One for the Honda-philes, and something that even stopped me in my tracks was this Phoenix Yellow DC2 Integra Type R complete with factory yellow Recaros.

There were a few GT-Rs of various heritage in attendance, and this one on Nismo LM GT2s certainly popped in the sunshine.

This 600+hp example which belongs to a regular Speedhunters reader warrants further documentation. To be frank, if I could have an R32 GT-R, it would look an awful lot like this.

Almost hidden amongst the Japanese stuff was this 1300GT Ford Escort MkI. Again, I’ve done you the favour of rooting out the owner’s Instagram if you want to see more of the car.

Another first for Ireland in this Pandem-kitted Mk7 Golf R. The VW’s owner, Jack, reckons there’s still a few small bits to sort out, but it still warrants inclusion here as it looks utterly bonkers on the road.

It wasn’t just the R32 that represented the GT-R family; here’s another that made the trip from down south for the morning.

The Lexus IS/Toyota Altezza gets an awful tough time from people in Ireland, but when done right they can transcend any negativity or stereotypes typically associated with them. I’m happy to see someone trying to reclaim them, and it’s only a matter of time before they become highly sought after for the right reasons again.

This wide-arched S15 Silvia sat on BBS wheels with Air Lift Performance management was a thing of utter beauty. I’m not sure I can add much more to it than that.

It was a short meet, only a few hours long, so after what felt like minutes, I was on the way home again feeling refreshed. Spotting an Escort Cosworth in the wild pretty much summed up this Sunday as being as close to perfect as you could ever wish for.

What was I complaining about again at the start of this story? It doesn’t matter, cars are awesome. Just experience them in the appropriate way.

Holy crap!!!
That XR3Ti brought back some memories.
Had the non turbo while in England and really enjoyed that car.
The Cosworth Escort was the first real tuner car I came across
that made me appreciate more than muscle cars.

I'm from a very much Ford family, so always had the appreciation. Blows my mind though how quickly the RSTs have increased in value over the last few years.

Thank you for this

Love the variety of makes, models and styles you can see at gatherings like this. Tbh, I enjoy a lot more being at the track watching cars attack time and at the pits, but a chill day in a parking lot with cool looking cars, is right up my alley too =)

Amen to that, more than one way to enjoy cars for sure.

Well said Paddy! There’s light at the end of the tunnel.

I feel like I comment this often, as I sit with my morning tea and read the article of the day; but Speedhunters is far and away the best automotive site. It's so motivating to see other people's projects without the instagram style clout chasing. Speedhunters just seems honest. It's people who are building cars because they love cars, not because it'll make them popular.

My brother and I have been building matching turbo '90 Miatas for about a year now. His build is all but complete, and it's incredible. Host to a litany of rare JDM parts, but subdued and not overdone. It's a well loved example of a great tuner Miata. I've gone a similar direction with mine, but no rare JDM goodies for me. I've gone the custom fabrication route, creating many of the interior pieces myself and patchworking parts from other cars to fit. I'm still a ways off from finishing mine, although the engine build is complete and the turbo is installed. Fueling upgrades, tuning, a quick differential swap, and finishing up the wrap will cap off my to-do list for this year. Next winter it's getting a custom metal widebody, my first foray into real fab work, and a fresh coat of paint. I can't wait to hang up the coveralls, break out the Nikon, and go drive.

Cheers, Kevin. It's appreciated. I think we're all far too old and sensible to be clout hunting around these parts...

Miatas sound great, let us know how they both turn out!

Frank is the best possible version of ourselves. Be more Frank.

Was a pleasure speaking to you again hopefully won’t be too long until next time !
It was great actually getting out again. Even seeing people other than the ones I work with was the main highlight

Thank for this Paddy. Didn’t know you were there. Some lovely cars and great variety. I know it felt like minutes but it was worth the 2.5 (just over 3 hour drive myself) drive. After nothing for so long I took the chance and went. Very happy I did. Credit to owners and the guys that put this together.

It saddens me how much ford UK performance cars have increased in value, nothing is affordable. Glad I found a nice 95 escort estate for cheap, prices will def go up. 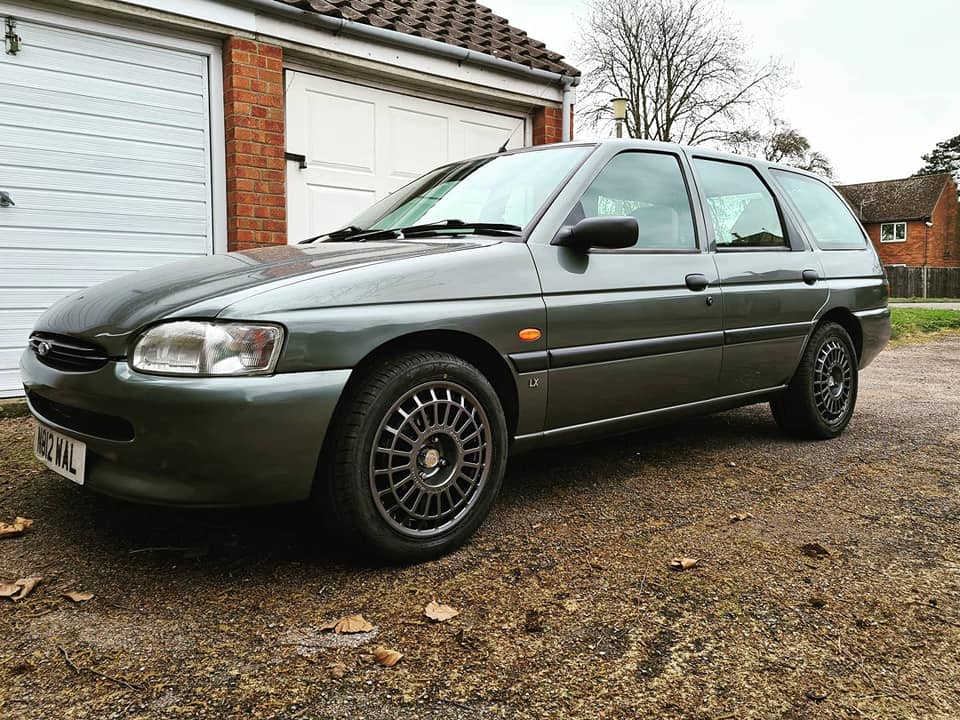 Stunning example, Andrew. Thanks for bringing it out!

Quick question, what focal length of lens do you usually carry for car shoots like this?

Hey, Jesse. On this particular day, I was shooting exclusively with 35mm & 85mm primes.

Oh my word, is that a slammed Citroen ZX? Truly, something for everyone!