Given the choice between a 240Z or a 280ZX, the vast majority of people will choose the 240; it’s always been the more popular car and for good reason. But that doesn’t mean the 280’s not a solid base for a restomod project, and the build I’m about to share with you proves it.

While’s exploring Gary Law’s workshop for a story a few weeks back, something caught my eye. Gary is going all-out on a Datsun 280ZX here in South Africa, and I really can’t wait to see this thing finished and driving. That’s still a little way off, so in the meantime I thought I’d get the lowdown on Gary’s plans and the work completed on the S130 to date.

Firstly, it will be running a RB-based engine and secondly, it’s no longer rear-wheel drive, but now AWD. I can’t forget, it won’t have a manual transmission either. Have I piqued your interest yet? Hopefully, but let’s backtrack for a moment and talk about how the project came about in the first place.

Back in November 2017, Gary bought a Skyline BNR34 GT-R that had been in a heavy crash. The body itself was unsalvageable, so the search began for a suitable donor car to transplant the GT-R running gear into. Initially, Gary went on the hunt for an R31 Skyline, but along the way he came across a 280ZX. Having had no experience with this model he went for a look, but the car in question was extremely rusty. Gary passed on that 280, but the seed was planted, and soon enough he took ownership of a car from Corber Viljoen at Wat Swaai Jy, a local classic car dealership.

The Datsun was bought sight unseen, but it turned out to be exactly as described – no engine and gearbox, bodywork a little rough, with a great interior. Gary collected the car in January 2018, but it wasn’t until September that year that it was wheeled into the shop and work began.

Gary and his team started by removing the 280ZX’s rear suspension and subframe and retrofitting the donor R34 GT-R’s entire rear end.

It was November 2018 when they jigged a new front layout for the Datsun. The donor GT-R’s front subframe and suspension had damage, so the setup from a client’s R34 was replicated in the 280ZX. Now the RB26 could be dummy-fitted.

Compared to the 280ZX’s original engine position, the RB sits 180mm further back, which should result in some real handling benefits.

Once engine and gearbox test mounts were completed, work on the body could start.

The amount of bondo found in the driver’s door alone should tell you that the guys really had their work cut out for them.

After a lot of pulling, bashing, cutting and welding, in March 2019 the Datsun was finally straight, smooth and ready for paint.

Gary stuck with white, and not being too glossy the finish is in keeping with how the car would have emerged from the factory.

There is obviously still a lot of work to be done, like glass, refurbishing rubbers and so forth, but that’ll all get done once the mechanicals are completed. The crashed R34 also donated its seats for the build, and Gary tells me these will eventually be custom trimmed.

Other than that, Gary wants to keep the interior stock-looking for the most part. Of course, most components will be refreshed and things like the steering wheel and gauges will likely be changed, but overall he wants to stick with original period vibe.

For wheels, Gary is going with a refinished set of RAYS Volk Racing TE37s (another score from the donor GT-R). BNR34 Brembo brakes have also been swapped over, but will be upgraded further with performance rotors and pads.

For me, the drivetrain is the most interesting part of this build, and I’ll be sure to go into a lot more detail once the car is running.

The engine bay will be epic too. The motor itself is being built around an RB30 block (with the RB26 head) and features a custom billet intake manifold, which was designed and CNC-machined in-house. A low-mounted Garrett GT42-02 single turbo will be used, partly to keep things looking discreet but also to help free up some room for air-conditioning and power steering. The goal is have it fast and strong, but also comfortable and easy enough to drive every day. The latter is the reason why Gary’s also opting for a BMW dual-clutch transmission. The custom DCT adapters and mounting plates have already been finished and tested, so it’ll be really interesting to see how it works.

This is quite the ambitious project, but I for one can’t wait to see it completed, at which point I’ll be returning for a full feature. It’s different for sure and that’s a good thing.

Okay.. this is sick. I'm sooo keen to see how that DCT turns out as well!

True. DCT implantation is the most interesting part of the build to me and maybe not only me. If this is a success, it might become a mainstream in BNR34 GT-R street builds.

this is cool for south africa and cool bcause its unique and cool to people starting out but i love the poeple that go im gonna get a 240zx jdslkasjdklsa when iget my license and they get a rusty 240sx and never do anything.

its justs a good build but do you guys ever showcase illegal street racing anymore?

Any more details on that exhaust manifold?! Will it also be CNC machined? Or cast? Available for retail purchase? Thank you!

This is definitely the ultimate 280ZX build
Man this is mega! 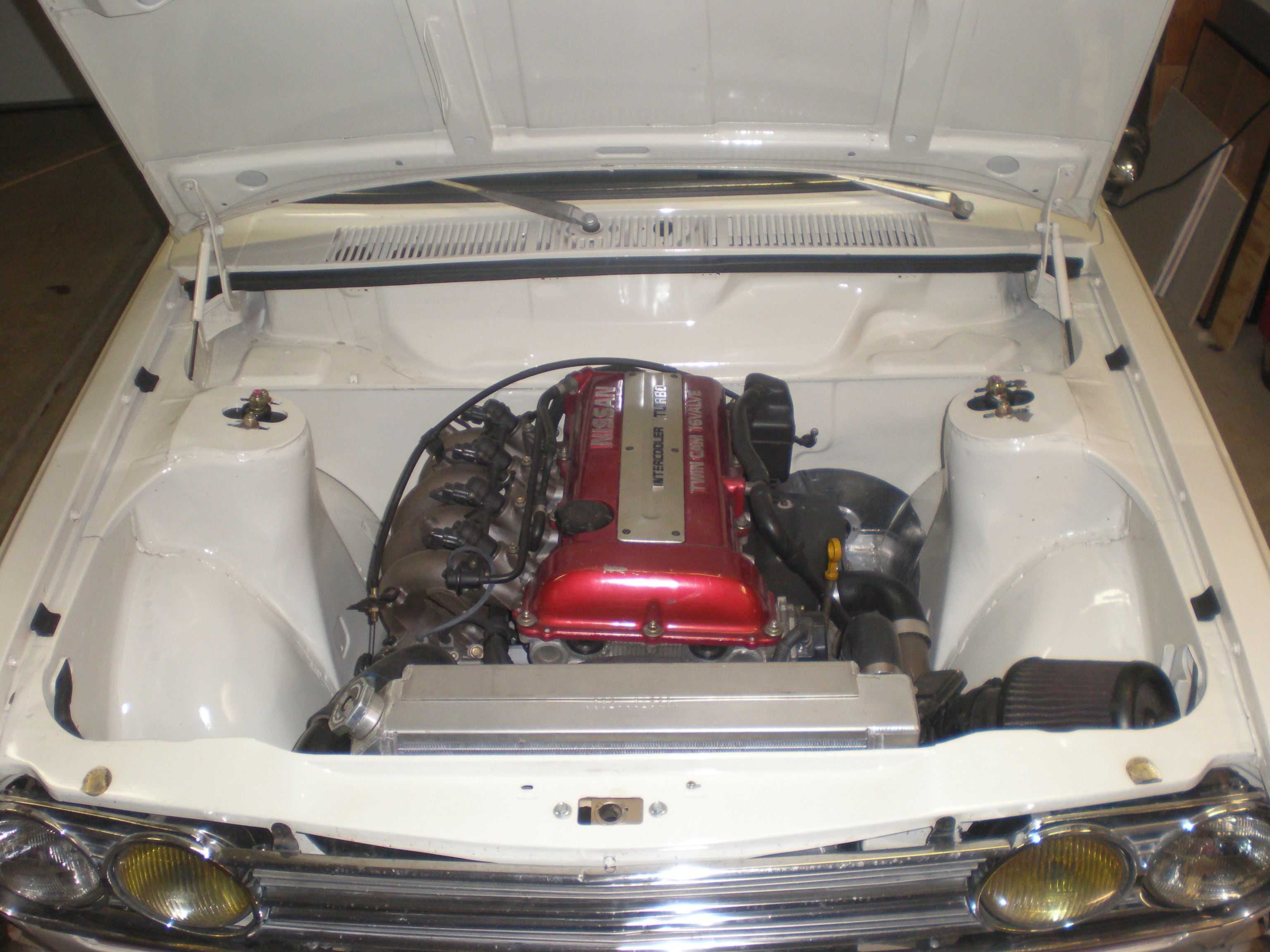 Cool project. One recommendation for the owner. Don't strip and retrim those seats. If they're charcoal-coloured and in nice condition, just the driver's seat is worth the equivalent of over USD 10,000 in Japan nowadays. Not a typo. Good seats are an essential part of making R34's mint, and 34 car and parts prices have gone through the roof in Japan, with the worst examples fetching over USD 100,000 nowadays.